Things were so much different in my life back in 2006. My ex and I had just acquired a cabin resort property near Lake Texoma. The property had sat a year or more as a bank default and it was ready for a new owner that would breath life back into it again. I was in a hurry to do a one man renovation job getting the cabins cleaned, ceiling fans mounted, cupboards installed, lights fixed, tall grasses mowed and reclaimed, and a myriad of other tasks to make the property ready for occupancy. It seems an exciting proposition, good thing I couldn’t foresee the future. 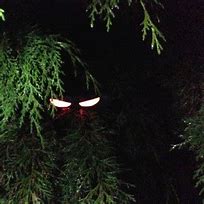 The more years I managed the property the stranger things got. Once while I was painting the doors and framework of the rear of one of the cabins with a creek bed to my back, a strange feeling of dread came over me. Normally, I’m not paranoid at all, but I found this very unusual. I looked about and scanned the densely vegetated creek bed, but didn’t spot anything like an animal or “Sasquatch” though they have been reported in the rural areas around Kingston, Oklahoma.  The running of footsteps across the metal roof of the manager’s quarters was alarming at 1:00 o’clock in the morning. It ran from the tree line to the front of the cabin and back. This happened on several occasions. It sounded a lot heavier than some nocturnal animal like a Bobcat or raccoon. You wonder why I stopped walking between the cabins after dark? 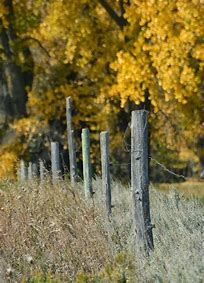 Then there was the deer’s head I found on the property one afternoon. It had not been severed by a blade or butchered. It had literally been ripped from the animal’s body from the torso of the animal. According to accounts given by witnesses Sasquatch will grab deer, break their legs so they can’t run off and tear off the head. They’re not interested in trophies, and the head I found had all of the antlers intact. I was now starting to wonder whom I could possibly be sharing that tract of forested land with. Not so far from the property west of my position was the Randolph Bottom, a former town that was vacated decades ago where many mysterious and evil things occur including Bigfoot sightings. It sits on the shores of a floodway of Lake Texoma. 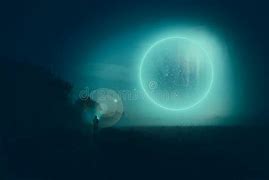 It rotated in the sky

Yet, what I saw in the very beginning of my management tenure I interpreted to be a UFO sighting. Imagine a powerful laser pointer aimed at the sky going around in circles over and over again in the same location. It glows, so it’s self-luminous, but it does not move. It simply remains in place up in the sky just west of the property. At first, I thought it might be a reflective object floating on the water perhaps attached to a fishing boat, but two things. The lake was not beneath the position of this strange aerial anomaly, and it was clear sky but for the coming sunset. What would cause a reflection projected from the ground into a cloudless sky? Definitely wasn’t the aurora borealis! This bizarre sighting remained for at least 30 minutes and as long as 45 minutes undisturbed and continually rotating in a fixed position. Now, after the descriptions of portals reported to Dave Paulides, author of the 4-11 Disappearances book series and the corresponding missing persons, I’m probably lucky I didn’t end up as another unexplained statistic in a sheriff’s report. 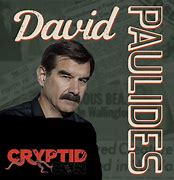 Just what did I see? What was on the other side of that rotating circle of light? Was there a small and temporary opening between two dimensions just waiting to swallow up whoever ventured too close? Luckily the thing was in the air where I could see it. There have been accounts of these portals that look translucent, semi-transparent, but easier to accidentally stumble into. David Paulides has now evolved his theories into focusing on orbs, balls of light, and plasmas that seem to accompany disappearances not to mention Sasquatch. Had I not been watching the “How to Hunt” channel on YouTube, I may not have come to this conclusion in re-evaluating my strange encounter. Steve Isdahl seems hot on the trail of some kind of consensus over what, who and where this phenomenon could be. Strange food for thought.