The question has been posed by aircraft designers, insiders, and former military pilots who have all asked just how much did the evasive and mysterious UFO actually affect military jet development? Why wouldn't it? The federal government spends billions in air defense, in weaponry, and in ensuring that America has air superiority, but what happens when an enigmatic force challenges our mighty jet fighters and interceptors who are products of the finest research and development costing millions of dollars per aircraft? Yet, we cannot find out who or what is out maneuvering our pilots and hardware!

Little do most people know that the USAF actually constructed conventional aircraft that might have a fuselage with a stainless steal gleaming disk wrapped around the frame. If there was nothing to UFO's why was the US military as early as the late 1940's building air vessels that looked like part conventional plane and shiny ellipsoid configurations? When our own US Air Force having flying saucer type aircraft that were built while flying them, when in 1960 the AVRO Canadian aircraft manufacturer was building the incredible Avro Arrow, a high altitude interceptor with a delta wing configuration and internal bombay that would store air to air missiles that would not not interfere with the aerodynamics of the jet fighter as it focused on incoming foreign Russian aircraft over the North Pole that it was designed to outclass the Soviet aircraft! There was now a battle between US built interceptor manufacturing and the Canadian airplane maker and there had to be a choice! Sadly, the Canadian workers lost and Canada gave in to buying US Pentagon approved interceptors to protect their homeland from Soviet back fire bombers, Fox Hound tactical fighter bombers, and the TU Bear Cat Bomber, a prop driven long ranger bomber that purportedly achieve 575 mph. When such experimental aircraft for the US generated such ear shattering sounds that using prop driven aircraft for greater speeds was no longer plausible! In the late 1980's a man named Bob Lazar with a naval aerodynamic research credential admitted that the CIA, the US Navy, the inner sanctum, the intelligence agencies had been conducting reverse engineering on foreign technology! Even Philip J. Corso who wrote "The Day After Roswell" corroborated Bob when he showed us that General Trudeau had maintained an ultra secret campaign of seeding alien technology to US defense contractors telling them it was captured foreign technology! A former Captain of intelligence in WWII Corso informed the general public that something was above and beyond the truth that was being told to most Americans! Someone or something had violated US air defenses with ultra technological capability and the people had no idea who that was until Bob Lazar raised his hand and said, "Hey! There's something they're not telling you!" 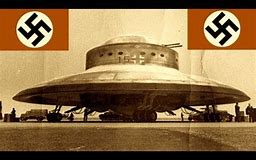 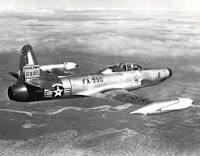 As far back as 1952 when Captain William Patterson had pursued UFO's over White House Air space and as he roared in at over 650 nautical miles an hour he found himself surrounded by white glowing objects that were closing in on him! The nervous pilot radioed the radar room at Bolling AFB where Blue Book officer  Al Chop and USAF Flight Engineer Major Dewey Fournet the 2nd in command to Captain Edward Ruppelt at Project Blue Book were stunned into silence! ! Patterson's F-94C was no match for the "Bogies " that challenged his assigned territory i defense of the nation! After surviving that incident, he may well have been the only survivor of a close encounter, and have lived to talk about it!

More evidence of the unknown

In 1973 why would the US federal government approve of a project that studied the flight characteristics of a Frisbee? Why would William Lear, Boeing, Lockheed, and other defense contractors bothered to have experimented zero gravity neutralization and fighting a foreign enemy on his superior terms? Was there enough evidence to spur such speculation along while justifying millions in US taxpayer funding? Well, to people like Bob Lazar and Phillip J. Corso it was not much of a stretch!  According to Donald Keyhoe, former USMC aviator, assistant to Charles Lindbergh, that his sources in the Pentagon were convinced that an alien foe was clawing at the gates of dawn and taking a lot of young pilots and US hardware with them! 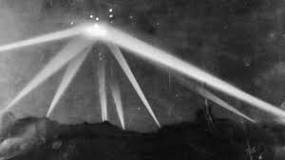 Bob Lazar was right in predicting the new element 115 that would later be included on the element charts. His in depth description of how the propulsion system work on a back engineered UFO was logical, the creation of a strong gravity neutralization platform is what you'd need to produce the described motion witnessed by our pilots as we still use archaic propulsion system based upon the ignition of fuel expelled from a nozzle.

"I don't believe they went to the moon either." - Mos Def, speaking on the subject of 9/11, on the Bill Maher Show

Doc - Bob Lazar is wrong on one of his key premises. It doesn't require some "unobtanium", a radioactive isotope that doesn't exist on this planet, to achieve such effects, merely those that are found in relative abundance - uranium (unenriched), radium, thorium, etc. Even Americium, a synthetic isotope found in the amount of 0.29 micrograms in every smoke detector in American homes, can be pressed into service to produce preternatural effects.

Mr. Sizzle - Indeed. How did they have such an uninterrupted TV broadcast when the moon rotates, and the Earth rotates, and the moon is 238,000 miles away, with only 4 kilowatts of potential broadcast power (if they turned life support functions, the computer, etc. off)? Earth-based TV stations barely cover a 50-mile radius, with five times the power. Or make it through the Van Allen radiation belts, with their screaming levels of lethal radiation, and live to ripe old ages, unfettered by cancer? Or survive on the moon with rubberized linen suits, held together by stitches? Balderdash.

Doc, did NASA ever make it to the moon?  We can have that discussion.