..& as on queue, HERE COME THE BOOTS FROM THE BULLSHIT!

SOURCE: The Most Lefty Leftist ragtag shitsite of lies & mis-truths

One of the requests to Congress would allow the department to petition a judge to indefinitely detain someone during an emergency.

The Justice Department has quietly asked Congress for the ability to ask chief judges to detain people indefinitely without trial during emergencies — part of a push for new powers that comes as the coronavirus spreads through the United States.

Documents reviewed by POLITICO detail the department’s requests to lawmakers on a host of topics, including the statute of limitations, asylum and the way court hearings are conducted. POLITICO also reviewed and previously reported on documents seeking the authority to extend deadlines on merger reviews and prosecutions.


A Justice Department spokesperson declined to comment on the documents.

The move has tapped into a broader fear among civil liberties advocates and Donald Trump’s critics — that the president will use a moment of crisis to push for controversial policy changes. Already, he has cited the pandemic as a reason for heightening border restrictions and restricting asylum claims. He has also pushed for further tax cuts as the economy withers, arguing that it would soften the financial blow to Americans. And even without policy changes, Trump has vast emergency powers that he could legally deploy right now to try and slow the coronavirus outbreak.

The DOJ requests — which are unlikely to make it through a Democratic-led House — span several stages of the legal process, from initial arrest to how cases are processed and investigated. 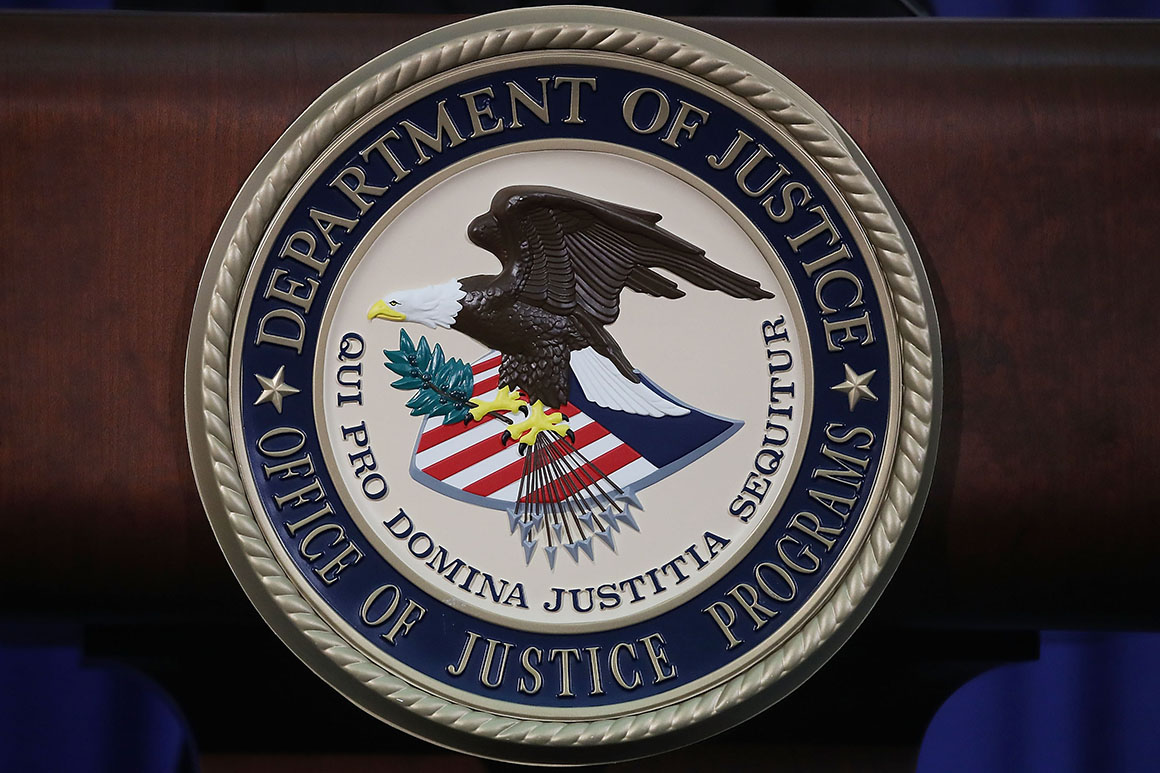 
In one of the documents, the department proposed that Congress grant the attorney general power to ask the chief judge of any district court to pause court proceedings “whenever the district court is fully or partially closed by virtue of any natural disaster, civil disobedience, or other emergency situation.”


The proposal would also grant those top judges broad authority to pause court proceedings during emergencies. It would apply to “any statutes or rules of procedure otherwise affecting pre-arrest, post-arrest, pre-trial, trial, and post-trial procedures in criminal and juvenile proceedings and all civil process and proceedings,” according to draft legislative language the department shared with Congress. In making the case for the change, the DOJ document wrote that individual judges can currently pause proceedings during emergencies, but that their proposal would make sure all judges in any particular district could handle emergencies “in a consistent manner.”

The request raised eyebrows because of its potential implications for habeas corpus –– the constitutional right to appear before a judge after arrest and seek release.

“Not only would it be a violation of that, but it says ‘affecting pre-arrest,’” said Norman L. Reimer, the executive director of the National Association of Criminal Defense Lawyers. “So that means you could be arrested and never brought before a judge until they decide that the emergency or the civil disobedience is over. I find it absolutely terrifying. Especially in a time of emergency, we should be very careful about granting new powers to the government.”

Reimer said the possibility of chief judges suspending all court rules during an emergency without a clear end in sight was deeply disturbing.

“That is something that should not happen in a democracy,” he said.

The department also asked Congress to pause the statute of limitations for criminal investigations and civil proceedings during national emergencies, “and for one year following the end of the national emergency,” according to the draft legislative text.

Another controversial request: The department is looking to change the Federal Rules of Criminal Procedure in some cases to expand the use of videoconference hearings, and to let some of those hearings happen without defendants’ consent, according to the draft legislative text.

“Video teleconferencing may be used to conduct an appearance under this rule,” read a draft of potential new language for Federal Rule of Criminal Procedure 5(f), crossing out the phrase “if the defendant consents.”

“Video teleconferencing may be used to arraign a defendant,” read draft text of rule 10(c), again striking out the phrase “if the defendant consents.”

"It's issue #9 that creeps out my radical leftie Govt. of Their cold hard truth from the past,…"
5 hours ago

Phyllis Maka commented on Phyllis Maka's blog post BLOODY ISRAELIS WILL HAVE THEIR STICKY BEAK IN THIS FOR SURE!
"More junk litter!"
5 hours ago

cheeki kea commented on Phyllis Maka's blog post BLOODY ISRAELIS WILL HAVE THEIR STICKY BEAK IN THIS FOR SURE!
"ha ha, and that must be why they turn out be be a disaster, plenty of well wishes, thoughts and…"
7 hours ago

"The camps are emptied hotels now. Rooms are isolation units of compulsory confinement and all…"
8 hours ago

"I have something for you to read…"
10 hours ago

"We are going to have some issues with your #5.  I can call into question most of your claims…"
11 hours ago