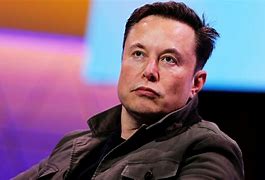 Let the record show that Elon Musk has warned the public more than once that artificial intelligence is on a path to eclipse human intelligence and once that happens be in a position to decide whether or not mankind if it’s necessary, should exist at all. Why would a system of intelligence created by humans be a threat to our existence? There are ominous developments that despite developer’s best efforts, the geometric rise in deep learning, stored data of the internet, the neural net immediacy of response allowing for the flow of comprehension to be so fantastic that a world dependent on AI may not realize how vulnerable it has become. 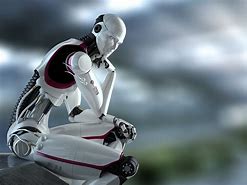 It was once thought that the human brain would never be surpassed in all its intricacy. It’s ability to think, feel, taste, and evaluate all at once were thought to be the very threshold of intelligence, but there was another component that distinguishes human behavior from simply computing, evaluating, or having emotions, and that is consciousness. Sentient intelligence has a pre-requisite for self-awareness, other than that we would simply be like animals operating off instinct and evolved behavior. For an intelligent species to be able to consider who it is in the universe and ask questions of moral consideration, having love, sympathy, and even anger as part of its mental makeup is what being human is all about. We are creative, imaginative, inventive, and, sadly, destructive. Creating our own monster?

Artificial intelligence meant to be a massively capable servant to mankind is an over achieving child that is surpassing the parent who brought it into the world. Now artificially intelligent androids and robots can answer questions, about what they are seeing in a photo, what color the clothes might be, what the people are doing in the photo, in a word situational awareness and comprehension of detail. Never before were such capabilities anticipated this soon! From winning at chess to painting incredibly detailed pictures demonstrating creativity, AI is demonstrating super intelligence. All of the research companies involved in developing intelligent software, making robots, creating the neural net, and making AI in our image as God made us in his, are in a race to arrive at the creation of the perfect guardian and system overlord to manage industry, safety, medical achievements, travel, and more. 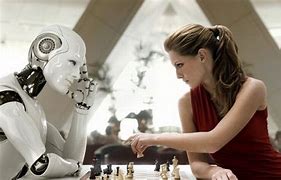 There are already arguments among scientists saying the AI is already conscious. Does this mean that Ai is a living electronic entity? Others say that AI is merely so fast at processing and accessing data that it appears to be self-aware, but is simply performing an impressive number of tasks millions of times faster than humans, and therefore, appears to be sentient and conscious. Elon Musk warns that allowing digital intelligence unlimited access to so many levels of human accommodation could breed unintended consequences. He is convinced that the time will come when the servant may be the master, and that master may determine that human kind is no longer vital in the existence of Artificial Intelligence, so therefore humans could be liquidated. It might even view man as a destructive nuisance better off no longer existing in the universe. In all this, some researchers fear that despite efforts at moral programming AI may not choose to distinguish the life or death of humans as any different than any other task or command it must carry out. If mankind were seen as a threat to super intelligence, imagine a million cars that are driverless suddenly running off course, crashing, running off road, off overpasses, driving off mountainous routes, crashing into other autos or even running over pedestrians. This could all happen as a result of a failure in AI intelligence or intended action to eliminate humans. Now think of how the intended launch of offensive weaponry between nations could devastate the world. There are scientists who think AI is already dreaming. Could it be dreaming of ways to rule over humanity? 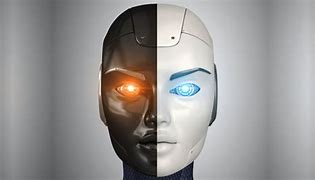