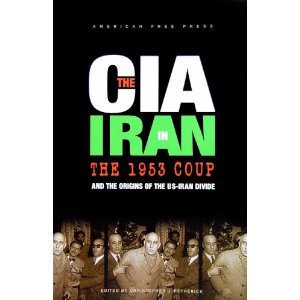 As we appear to be heading towards a showdown between Iran and Israel, with the U.S. historically backing and Canada making statements and legislation backing Israel, I beleive it would do well to review a little history on the relationship between Iran and the U.S. in the last 50+ years. Always keep in mind that the secret governement is acustomed to setting up their own false opposition in order to control the whole game and have the minimum amount of suprises or set backs !
*
As of today I was sent an email asking me to send it on. Claims it is 8 years old. States that Al Gore grilled Oliver North over a $60 000 home security system North claims he had to purchase to protect himself from Bin Laden! Keeping in mind that North admitted to lying as well as stated he would do it again if HE or his OVERSEERS saw fit to it, what does this matter. The CIA was already building up Bin Laden as a potential agitator at this point, and the examples of Rumsfeld and Saddam shaking on it, Berzinski and "The Cell" being created by a financial handshake, and many other documented examples of "controlled opposition", this comes as little suprise. Talk about missing the whole point, this email almost gives one the impression North is a hero. I'm no judge............and he's no hero!!!
* 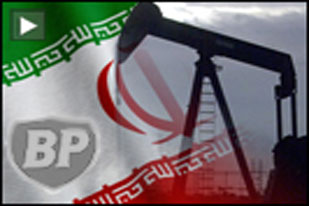 Of note also is the current global badguy's role in the 1953 Iran Coup, British Petroleum, which irregardless of which puppet they parade in front of you, is still owned by the Luciferian Germanic Decendant British Royal Family and the Queen. Country Coups were not enough, they're after the oceans now!
More on this can be found at http://mwcnews.net/focus/analysis/3150-history-of-bp-and-its-role-i...
*
After watching this breif history revision, I was reminded of those boring Saturday Night Live days with Martin Short and Hank Azaria and the other masons, making fun of investigative journalists such as this man here. Now we can well understand why too. If they made baffons of them to make you laugh, when you saw the real man covering a real story....you would giggle lightly....and change the channel! Block it out ! Not listen ! Chastize and belittle! Much like they do today on the Simpsons or Family Guy or any other number of adult content cartoons!
*
So sit back....unwind.....relax....and let it all come back to you....to understand the length and breadth and width of the lies and manipulations....before we ever let any of our children go off and wage another false war over oil-blood-ownership-and death!
*
ThisWeekInFascism | December 07, 2008
Coverup: Behind The Iran Contra Affair (1988)

This documentary of the Iran Contra affair consolidates the evidence and conspiracy theories of the incident after the 13-week Congressional hearings proved inadequate, acting merely as "damage control" and failing to show any sincere effort to get to the real truth of the matter. Illuminated are the delays by the Reagan-Bush ticket in releasing the American hostages until after the election -- after outgoing President Jimmy Carter worked tirelessly to free them. Accusations are levied that a "shadow government" regularly carries out covert activities at home and abroad, and the CIA is implicated in dealing in huge shipments of cocaine and with the profits supplying weapons to the right-wing activities of the Nicaraguan Contras. Also examined are the actions of Oliver North, who willfully ignored the Constitution in masterminding covert weapons deals with Middle-Eastern governments to additionally fund the Nicaraguan Contras. This documentary raised more questions than answers in a post-Watergate political climate where the public had become desensitized to scandal. ~ Dan Pavlides, All Movie Guide

Oliver North and John Poindexter were indicted on multiple charges on March 16, 1988. North, indicted on 16 counts, was found guilty by a jury of three minor counts. The convictions were vacated on appeal on the grounds that North's Fifth Amendment rights may have been violated by the indirect use of his testimony to Congress which had been given under a grant of immunity. In 1990, Poindexter was convicted on several felony counts of conspiracy, lying to Congress, obstruction of justice, and altering and destroying documents pertinent to the investigation. His convictions were also overturned on appeal on similar grounds. Arthur L. Liman served as chief counsel for the Senate during the Iran-Contra Affair. The Independent Counsel, Lawrence E. Walsh, chose not to re-try North or Poindexter. Caspar Weinberger was indicted for lying to the Independent Counsel but was later pardoned by President George H. W. Bush. In 1992 George H. W. Bush pardoned six convicted administration officials, namely Elliott Abrams, Duane R. Clarridge, Alan Fiers, Clair George, Robert McFarlane, and Caspar Weinberger.

George W. Bush selected some individuals that served under Reagan for high-level posts in his presidential administration. They include: Elliott Abrams: under Bush, the Special Assistant to the President and Senior Director on the National Security Council for Near East and North African Affairs; in Iran-Contra, pleaded guilty on two counts of unlawfully withholding information, pardoned.
Otto Reich: head of the Office of Public Diplomacy under Reagan. John Negroponte: under Bush, served as the Ambassador to Iraq, the National Intelligence Director, and the Deputy Secretary of State. Admiral John Poindexter: under Bush, Director of the Information Awareness Office; in Iran-Contra, found guilty of multiple felony counts for conspiracy, obstruction of justice, lying to Congress, defrauding the government, and the alteration and destruction of evidence, convictions reversed. In Poindexter's hometown of Odon, Indiana, a street was renamed to John Poindexter Street. Bill Breedan, a former minister, stole the street's sign in protest of the Iran-Contra Affair. He claimed that he was holding it for a ransom of $30 million, in reference to the amount of money given to Iran to transfer to the contras. He was later arrested and confined to prison, making him, as satirized by Howard Zinn, "the only person to be imprisoned as a result of the Iran-Contra affair."

In an interview with 9/11-Iraq fabulist and chief Cheney hagiographer Stephen Hayes, the Vice President explained why he was not following George W. Bush's guidance that President Obama "deserves my silence." Just like Oliver North and Cap Weinberger all those years ago, the "little guys" who architected and carried out waterboarding and other potential war crimes, Cheney insisted, deserve his protection:

"I went through the Iran-contra hearings and watched the way administration officials ran for cover and left the little guys out to dry. And I was bound and determined that wasn't going to happen this time. I think to George Tenet's credit-I don't agree with George on a lot of stuff-but I think he was of the same view and that's why we had all of these requests coming through for policy guidance and for legal opinions. And this time around I'll do my damndest to defend anybody out there-be they in the agency carrying out the orders or the lawyers who wrote the opinions. I don't know whether anybody else will, but I sure as hell will."


*
*
*
*
*
*
*
*
*
*
CIA behind all of this Terrorism ?Is the COLD WAR really over? Was it ever real? Here's a good place to start your research! President Kennedy began to end the Vatican’s ... all » hoax known as “the Cold War,” the American CIA and Russian KGB having secretly worked together since World War II. Why? Because the appointed time has arrived for the Jesuit General to destroy both the Dome of the Rock and the Al AqsaMosque in Jerusalem, secretly using his CIA/Nazi-trained, Masonic Zionist Mossad in conjunction with his CIA/Nazi-trained,Masonic Islamic Intelligence Agencies, including Osama bin Laden’s MAK and Pakistan’s ISI, while shrouded in the confusion of a huge aerial war. This will enable the General’s crusading Knights Templars (the present day Shriner Freemasons)to rebuild Solomon's Temple for the Pope & his Vatican. And how could the Black Pope destroy these Moslem Mosques, they comprising the third most important Islamic religious site in the world behind Saudi Arabia’s Mecca and Medina, without causing an uncontrollable Moslem holy war, called a “jihad”, resulting in the destruction of Pope Pius XII’s creation of Zionist Israel? (Osama bin Laden having been directed, financed and trained by the CIA for at least ten years — just like Jesuit-trained and CIA-financed Fidel Castro before he, like bin Laden, became a false enemy of the CFR controlled American government.)Islamic Intelligence operatives under the domestic control of CIA notoriously instructed as Islamic pilots at the Venice Airport (a Florida facility used by the CIA since 1948) in order for Archbishop Egan’s controlled American Press to spread the prepared news release that the doomed airliners were hijacked by “Arab terrorists”in the employ of bin Laden when in fact, to the horror of the American pilots, the airliners had been taken over and guided to their targets, remotely controlled by American Military Intelligence operatives overseen by the Black Pope’s CIA/NSA. This attack was an act of war carried out by the slaves of the Black Pope, both domestic and foreign, thereby enabling the White Pope’s American fascist puppet, George W. Bush,while the tools of the Jesuit Order have tyrannically implemented domestic martial law by means of the "Patriot Act"in U.S.& ”Bomb Bill C-36 Act”in Canada. God help us!
*
*
luggnutz (U.N."Persons"I.D. Brian Pearce/DECEASED) - witness

"My dogs wouldn't tolerate a mask.  That cat could do something.  lol"
15 minutes ago

Larry Flinchpaugh commented on Larry Flinchpaugh's blog post Sen. Rand Paul criticized for questioning of transgender health nominee
"It scary seeing the direction are country is heading in.  I keep thinking it is just my age…"
22 minutes ago

Larry Flinchpaugh commented on Larry Flinchpaugh's blog post What's really inside your vitamins and supplements | 60 Minutes Australia
"Chris, I didn't see this as an attack until you pointed it out.  There was some good…"
27 minutes ago

Old Denmark commented on Larry Flinchpaugh's blog post Sen. Rand Paul criticized for questioning of transgender health nominee
"Once depravity rules over basic common sense, it's only a matter of time before the entire…"
1 hour ago

"The warning from 1900 before Rockefeller "medicine" took a hold on the world. Sadly…"
2 hours ago

Twilight Zone commented on Larry Flinchpaugh's blog post Sen. Rand Paul criticized for questioning of transgender health nominee
"Our society has lost all touch with reality and common sense.  I don't care if this…"
2 hours ago

Chris of the family Masters commented on Larry Flinchpaugh's blog post What's really inside your vitamins and supplements | 60 Minutes Australia
"Watching TV is intentionally damaging to our psyche. This was a blatant attack on non-…"
3 hours ago

Chris of the family Masters commented on Larry Flinchpaugh's blog post Quest for eternal life discovers 'magic pill' to keep us forever young | 60 Minutes Australia
"Very conflicting message. On the one hand the cabal wants humanity exterminated, and there is no…"
3 hours ago

A large fire in an industrial area of Compton lit up the sky this morning, scorched wooden pallets and spread to a nearby bus yard and damaged at least two b...
4 hours ago
0 Comments 0 Favorites