The first piece of the puzzle goes back to 1986 when then President Ronald Reagan formed the Grace Commission to study the relationship between income taxes and the national debt. What they found was that Congress merely created an annual budget without consulting the national funding revenue, sent it to the Secretary of Treasury who in turn made an order to the Federal Reserve to create credit from their computers and print the amount of paper currency needed for circulation. Congress was not interested in how much in flow could support the out flow of debt or, by then, what was a continuous deficit in billions. As well, the collected income taxes would never be enough to fund the cost of government as wasteful and bloated as it was. In short, there was no sane accounting method. This was one of the reasons President Nixon had ordered removing US monetary policy from the gold standard.

China, has done much the same with their own central bank. The Chinese are not at all transparent about the true value of their Yuan (dollar) so it is worth whatever the Chinese Communists claim it is worth. Where as our current deficit puts America over twice the amount of annual debt as the annual output of US private industry, China operates at 200 times the amount of debt over production from their government run industry. This is one reason why there is a disparity between the exchange of the US dollar and the Yuan, but it should be much greater than it actually is. Instead of say 7 Yuan per US FRN (Federal Reserve Note) it should be more like 200 Yuan for one US dollar.

China has now purchased farm land, ranch land, companies, and exchanged large amounts of their weak currency for US dollars, and in turn, have bought power and influence over the American government by financing certain Congressmen and Senators. There are certain Key members of the US government doing millions of dollars worth of business with the Chinese such as the Biden family and even Speaker of the House, Mitch McConnell. Does this constitute international fraud and treason? Remember, they never left President Trump alone about his international hotel properties that he had established and run long before he ever ran for President, but to our corrupt Globalist owned media that made no difference at all! This while China amasses a serious military threat intending to attack as son as they are confident enough that America, Australia, Taiwan, and Japan are sufficiently softened up. Europe, forget it, they will capitulate. Great Britain, they are rapidly being undermined as we speak.

So here is the incredible irony you will never here about on the news, not even from Fox or Newsmax, maybe on some conservative radio talk shows, but I have not heard about it. That influence that brought down a landslide re-elected president (Trump) a compromised feminized military populated by Gays and transgendered, an economy destroyed by a Democrat bought and paid for political party, and a plague caused by a small laboratory in China, all of this funded by Chinese paper money not worth the pulp it was printed on! Let me re-emphasize that, and why is this not being mentioned and investigated? Our nation has literally been stolen by a foreign nation who used the concept of fiat currency against us!

The equivalent of taking Monopoly Paper Board Game money, declaring it to be officially recognized currency approved for satisfying all debts public and private, and buying off US Corporations willing to allow people to die so they can do business in China, political figures within our government willing to betray Americans as they do the bidding of the Chinese Communists, and the most powerful military in the world being rapidly compromised at the whim of the Chinese all mighty Yuan! Does that sink in or not? This is more incredible than any fiction novel could ever have portrayed, yet it's real, and it's killing We The People right now! 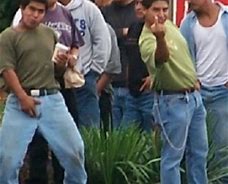 Robbed from your pocket

The income tax you pay that funds education for illegal aliens, buys food for illegal aliens, buys housing for illegal aliens, pays for our military bases being used as nurseries for illegal alien children trafficked over our borders, money for the Wuhan Lab to make deadly strains of virus to be used against us, the funding to distribute Critical Race Theory to brainwash American children within our public tax funded schools, all these perversions to the American way of life, and more that you are paying for with the income taxes you are assessed. Let's redefine income tax, which according to the US Constitution was not legal for more than 137 years until the Revenue Act of 1913 and even then not constitutionally ratified. Income tax is a slavery tax of burden used to keep Americans afraid, convinced that their money serves a justifiable cause, and a debt they can never repay while more and more of their personal property is being confiscated for purposes the federal government is unaccountable to! Let me make a slight correction. Your tax dollars are squandered to pay off interest accumulated from the borrowing necessary to pay the huge deficits run up by the government and its out of control spending!

If the small minds of the American public were made to realize this fact of interconnected crimes against our nation and its people, heads would roll, nooses would be knotted, the smug and arrogant countenance of self righteous crooks we call politicians would be facing justice, the kind Mussolini got for what he did to the Italians, and other tyrants in history who suffered fates that came much too late to save the lives they ruined! But for Americans conditioned to be self centered, poorly educated, anti-critically thinking snowflakes and drama queens, these maddening revelations are simply beyond reach. When Jesus said that we live in a fallen world he was quite sadly correct!

Chris of the Family masters you are correct. The unapportioned taxation of wages and services was never intended by our forefathers who knew better 300 years ago than the buffoos now destroying the country!

Comment by Chris of the family Masters on June 7, 2021 at 8:20pm
Regular people pay income tax not having any income. Definition of income - "Profit derived from operating a business". I've been advising people to write on the income declaration form "I have no income. I exchange my labor for pay" Don't put any figure down. This will be acceptance of contract. Check my video here called "Tom calls revenue"

I dunno.. but they be doin it

we're so fuct, nobody can see it.....these prix will annihilate it before defeat