(pardon the awkward translation)
Shaken by the crisis that has exposed corruption and collusion among its
elites, Iceland wants to become a sanctuary for freedom of information
for journalists around the world, a project that bears the seal of the
famous founder of Wikileaks. 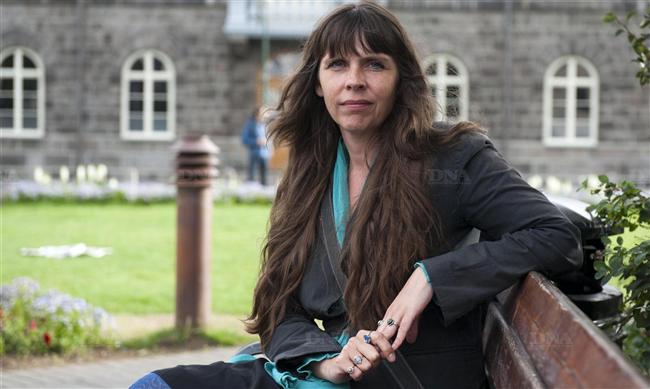 While the attempts to muzzle information abound around the world, the Icelandic parliament, the Althing voted June 16 to unanimously Icelandic
Modern Media Initiative (IMMI), a resolution aimed at protecting
investigative journalists and their sources.
"We took all the best laws in the world and they were put together to
create a" paradise of Transparency 'as opposed to tax havens and their
opacity, told AFP member Birgitta Jonsdottir, with the behind the
initiative.
"Anarchist" entry into politics to change the opportunities arising from the
double-crisis economic and confidence-this 43 year old woman was shocked
by the attempts of censorship in his country, yet built in model.
In August 2009, ordered by a court, public television RUV and had to
cancel last minute a story about claims of secret bank Kaupthing, one of
the financial institutions have pushed the island to the brink of
bankruptcy.
Instead, the channel had broadcast images of Wikileaks where these documents had
been published, raising public awareness of the limits of freedom of
information. "Freedom of information and freedom of expression are the pillars of democracy. Without them, you do not have real democracy, "says Ms. Jonsdottir.
Under the guise of fighting against terrorism in particular, "all countries
are devising new laws that make it difficult for journalists and authors
of books of investigation," she laments.
Future block transparency, Iceland plans to strengthen the protection of
sources, encouraging people who fan malpractice ("whistleblowers") or
counter the "libel tourism" that is to prosecute journalists in foreign
jurisdictions. Provisions inspired by the United States, Sweden or Belgium.
"We found that these protections are really necessary", says Julian
Assange, founder of Wikileaks website specializing in the publication of
confidential documents.

The contribution of Eva Joly

"Our experience in developing countries and in most developed countries shows that the media is regularly censored by litigation abuse," he said
in a video on the Internet
Wikileaks also several NGOs and international personalities, such as MEP and
former magistrate Eva Joly, participated in the design of IMMI. Which has been applauded by journalists Icelandic.
"With the added protection of sources, it will be much easier to report on
abuses in government or business," said Kristinn Hrafnsson, a freelance
reporter who works at Wikileaks.
But the resolution will also have implications beyond the borders of Iceland. "In countries where they are oppressed as China and Sri Lanka, journalists risk their lives," says Ms. Jonsdottir. "But at least we can ensure that their items will not be removed" by posting them on servers Icelandic. Sheltered from the censors.