You are Now Less Than Human

The Purpose of Central Banks

People are confused about the purpose of central banks.  Since one of my ancestors created the world’s first “Central Bank” for the Kingdom of Prussia during The Seven Years War, it is perhaps oddly fitting that I am the one to tell you:
The purpose of all Central Banks is commodity rigging.
The very first Central Bank was created to restrict the amount of coffee being imported into Prussia.  At the time, coffee was an exotic and costly import. Like champagne, which appeared on international markets at about the same time, people weren’t quite sure what it was good for, or if it was good for anything at all.
King Frederick the Great took a dim view of Prussian gold being drained out of his country’s economy to buy coffee beans, and so, needed a means to restrict imports. He established the first Central Bank in world history to do this simple task: restrict the importation of coffee beans to Prussia.
Oh, and make a profit doing so.
They didn’t call him “the Great” for nothing, but it was my unassuming ancestor who figured out the nuts and bolts and institutional bureaucracy to implement these goals: a Central Bank to control commodities— all commodities, not just coffee.
The entire economy of a country could be controlled by one Central Bank.
This discovery was to have world-spanning consequences.  For one thing, it meant the death of free markets and the rise of “regulated currencies”, because the most important commodities of all, money and credit, could be controlled by a Central Bank, right along with sow bellies and coffee.

How does a Central Bank do this? By controlling the supply of money and credit, and  regulating demand for commodities.
Controlling money and credit supply is pretty obvious and arbitrary.  Money can be printed or minted, or not.  Credit can be extended or not, and the demand for credit can be stifled by punitive interest rates.
That’s how it started out, anyway, and to some extent, still is, as Jerome Powell and the Board of the Federal Reserve (Central Bank)  just demonstrated by tacking an extra three-quarters of one percent onto the “Prime Interest Rate” which is the usury that other banks have to pay the Central Bank when they “borrow” money from the Central Bank to loan to their customers. 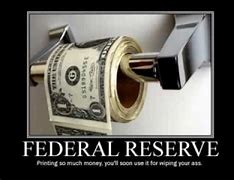 Thanks to the Central Bank System none of the other banks can make money out of thin air; they have to borrow it from the Central Bank and pay interest for the privilege—- a cost which they pass on to their customers.
The process by which the Central Banks bilked the public and the other banks into giving control to them is a story in itself, but the transition from the necessity of minting gold coins to printing gold and silver certificates was followed by a transition of printing promissory notes to replace the gold and silver certificates and from there it was a short step to issue “digital tokens”— mere keystrokes on a digital ledger, to represent anything the Central Bank wants to represent.
Now, they propose to sell you not only Monopoly Money, but Monopoly Money that can be created or erased by a keystroke in an imaginary “digital wallet”, and of course, they will have absolute control over who has access to these precious keystrokes, who is rich in keystrokes and who is poor, who gets to buy things using “their” keystrokes and who is cut out of “their” market and left to starve.
We must now either wake up or go mad, and be enslaved by our delusions. 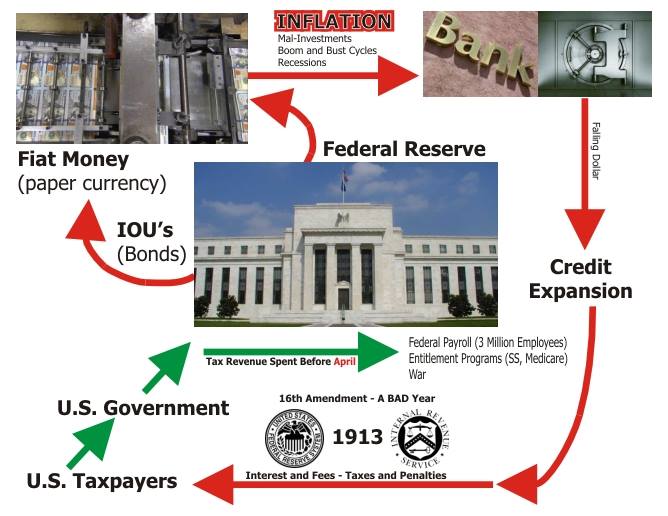 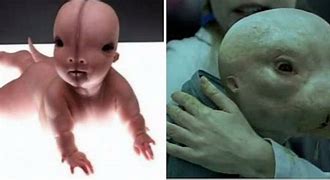 Right now they are intent on avoiding the guarantees and requirements of the Human Rights Declarations by seeking to redefine people who received the mRNA injections as Genetically Modified Organisms — a new patented subspecies that is less than human, and therefore owed no protections from their criminality, cruelty, avarice, and greed. 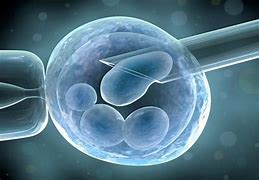 As this brief expose demonstrates, something has to be done about these “Corporatists” and the governments and bureaucrats who have engineered all this. I suggest that we all wake up and get busy and not be distracted by any political party sideshows, because both parties have yielded the same results. 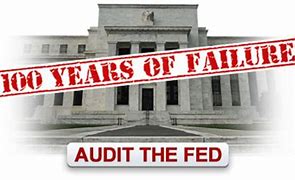 Continuing on..... In the near future to will start to see the "rights" of those morphing into GMOs start to be considered with additions of new Personal rights to what the unmodified call human rights.. These new updated amendments will seemingly give a perception of some individual control for them over the 'ownership' of their brain and body functions and ensure some form of non discrimination is set in law, employment being first one off the block. Chile is the pilot country for this new move, a very highly vaxxed up nation so watch their space for future news on rights issues getting addressed. -problem-reaction-Soulution.    https://expose-news.com/2022/02/25/a-law-to-protect-genetically-mod... 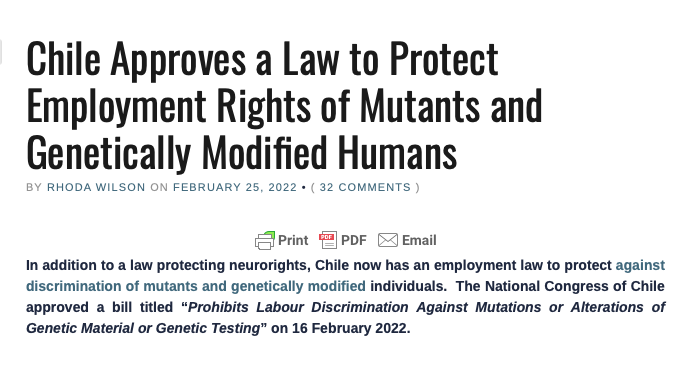 They are HomoBorg Genesis/ Homo Christos.

There are modified ones and it's a touchy subject at the moment as I guess we can all appreciate, us pureblood Homo sapiens. I'm reading estimates of around 64% potential modification rates with MRNA which could be a guess at this early stage and I've had info pages on the internet seemingly just disappear and go off as I've been looking at them. The search engine still has the entry descriptions but sometimes the links for them are gone. I'm also seeing 3D to 5D being mentioned like some new age thing being proposed sometimes tied up to discussions which I found disturbing on this subject. If I can re-find any links I'll put them up.