Deaths and injuries from the MRNA injection by Pfizer, Moderna, Johnson and Johnson, and other Big Pharma manufacturers have become so common now that sources of the truth are beginning to come out! VAERS (Vaccine Adverse Event Reporting System) is exposing the tip of the iceberg on the deadly landscape of forced vaccine mandates. This government data base is a collection of statistics as a result of reporting only but, only a small fraction of true cases of harmful side effects or death that happen as a result of the vax. There are too many life threatening reactions that cannot be contained any longer!

According to recent reports 570 thousand adverse reactions have been reported, but this is a very conservative indicator of actual negative impact being anything from rashes at the injection site to heart inflammation and even death. VAERS receives only 1% to 3% of the actual cases of life threatening reactions to vaccines. The actual estimated number of damages and death as a result of the vax are actually 2.5 million! With nurses and doctors reporting that their hospital employers have suppressed reported cases of injury and death over the Covid shot the actual numbers could even be much higher! 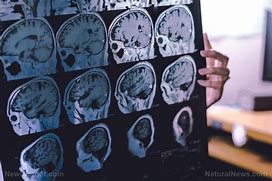 There has been massive cover up that has put profit before human life and has basically dismantled the Hippocratic Oath all for political gain and the almighty dollar! Let’s not forget the number of deaths from accidents, shootings, and other forms of medical trauma that were thrown in as a direct cause of Covid 19 in order to scare the American public into getting the problematic vaccines that have proven more deadly than then virus itself that children are virtually immune to, adults under the age of 65 are 99% capable of surviving the symptoms, while the elderly stand a 96% chance of surviving unless they have a pre-existing life threatening disease. With these facts in mind 1) How could such a flawed response with a flawed vaccine be allowed to happen? 2) With the health risks stemming from the injection itself while so many people are now getting the virus after being vaccinated, it makes no sense at all to even get the injection! Last words for the fools

So, why did all of you conformists who never stop to question or wonder ever submit to this madness in the first place? Are you so easily influenced? Did it ever occur to you that without the vaccine you had a better chance of survival rather than being subjected to an untested drug being used for obvious political purposes? I’m sorry, but I do not pity or sympathize with people, or should I say sheep such as yourselves. Oh, I know that sounds harsh, but really people like you conformists who will jump when the authorities yell, “Jump!” and simply ask, “How high?” You are the problem. You are the reason why we have an out of control runaway government because they know there are plenty of low information, non-thinking voters and non-voting sleep walkers among us who will fall for anything!

Thanks for your support Chris!

"Health professional, and I mean real healt professionals not government clowns, have been saying…"
6 hours ago

"Bil Gates has been an evil m.f. right from the beginning. Why would they substitute him. I…"
9 hours ago