The new “Flame” surveillance virus that has been hitting computers across t... in an attempt to attack computers related to Iran’s nuclear program.

Russian-based Kaspersky Lab was the first to tap Israel as a likely source, and Vice PM Moshe Yaalon did nothing to deny it when asked, saying that Israel is “blessed as being a country rich with high-tech” and that Israel takes pride in the “opportunities” this has given them.

Though the outbreak appears to have hit Iran first, it very quickly spread across the region, with computers as far away as Saudi Arabia, Sudan and Egypt showing up infected, including those in the Israeli-occupied West Bank.

The virus appears initially targeted at data theft, and reportedly can even turn on a user’s microphone so Israel can record conversations remotely. Experts say it has a remarkable level of complexity for a piece of malware.

It is not the first attempt at destructive software targeted at Iran, as the US and Israel unleashed the Stuxnet virus, damaging industri....

Such attacks can have unforeseen side effects, however, as a number of other hackers released altered versions, using the government designed worm as a template, and it continues to cause problems to this day. Given Flame’s more advanced nature, it too is a likely candidate for copy-cats, and could cause havoc for years to come. 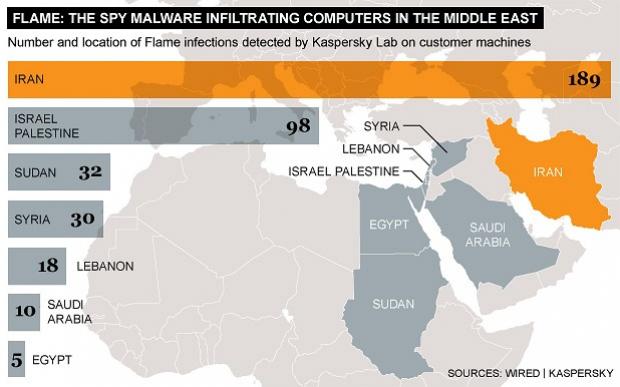 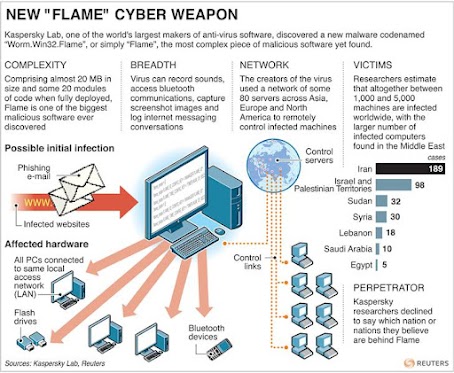 MAC replied to Don Mashak's discussion Constitutional #Conservatives: Are you sure you want to double-down on the #Republican Party?
"Even fake president are wasteful when it comes to ink pens, goes that make them feel like big shit."
1 hour ago

"Electrical power grid is a strategic part of a country's infrastructure. Sell it outside and…"
2 hours ago

Less Prone commented on Aaron's blog post : Kamala Harris makes first speech as vice president, urges country to ‘see beyond the crisis’
"What a truly sad state of affairs in the white house. The American people deserve better than that…"
2 hours ago

Less Prone commented on Doc Vega's blog post The Existence of God? There is no Question Part 1
"Yes, Christinaity has proven to be a good foundation for the western civilization."
2 hours ago

Twilight Zone commented on Aaron's blog post : Kamala Harris makes first speech as vice president, urges country to ‘see beyond the crisis’
"She's babysitting Joe.  Making sure he signs EOs even as he says he doesn't know…"
2 hours ago

Keisha Ruan commented on Doc Vega's blog post Unexplained Signals Coming from Interstellar Space: Scientists Preparing Data for Public Review
"i had a aneurism reading that whole article but yah sure, why not?  there are for sure things…"
4 hours ago

Keisha Ruan commented on Central Scrutinizer's blog post Here’s The Full List Of Every Lie Joe Biden Has Told As President
"ok so yah truly he is a empty suit.  everyone know it!  its not like you even haf to try…"
4 hours ago

Keisha Ruan commented on Aaron's blog post : Kamala Harris makes first speech as vice president, urges country to ‘see beyond the crisis’
"haha ok well i didnt watch the assignment but i haf to say yah, nah its not looking good for her…"
4 hours ago

"Some democrat had a bright idea; "Let's take Trump's policies and form ours as total…"
6 hours ago

"Finally it all adds up now. Why China told us they want to poke ours 'eyes' out, said…"
6 hours ago