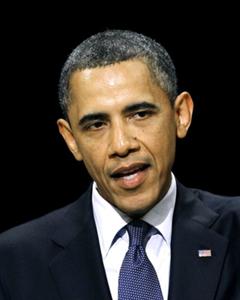 FILE - In this June 13, 2011 file photo, President Barack Obama speaks in Miami. Wary of a new surge in gas prices, the Obama administration has decided to release 30 million barrels of oil from the country's emergency reserve as part of a broader international response to lost oil supplies caused by turmoil in the Middle East and North Africa, particularly Libya. (AP Photo/J Pat Carter, File)

WASHINGTON (AP) -- Wary of a new surge in gas prices, the Obama administration said Thursday it is releasing 30 million barrels of oil from the country's emergency reserve as part of a broader international response to lost oil supplies caused by turmoil in the Middle East and North Africa, particularly Libya.

The release from the U.S. Strategic Petroleum Reserve will be the largest ever, amounting to half of a 60 million-barrel international infusion of oil planned for the world market over the next month.

White House officials would not predict how the release of the oil will affect prices at the pump, although the move is intended to increase U.S. supplies during the peak summer driving season.

"We are taking this action in response to the ongoing loss of crude oil due to supply disruptions in Libya and other countries and their impact on the global economic recovery," Energy Secretary Steven Chu said.

The move comes as retail gasoline prices dropped for the 20th consecutive day, down a penny from Wednesday, to $3.61 per gallon, according to AAA, Wright Express and Oil Price Information Service. That's about 21 cents lower than a month ago.

The timing brought criticism from business groups and Republican lawmakers, who accused President Barack Obama of playing politics with the country's oil reserves, which are intended to address emergencies.

"The Strategic Petroleum Reserve is an emergency lifeline to protect our nation against critical shortages in our oil supply and shouldn't be used as a Strategic Political Reserve to boost the popularity of elected officials," said Charles Drevna, president of the National Petrochemical & Refiners Association.

The administration's action will do little to benefit consumers while leaving the nation vulnerable to hurricanes or other natural disasters, or a foreign crisis that causes a real supply shortage, Drevna said.

Even some Democrats were puzzled by the move.

"This decision would have been more timely if made when the disruption in Libyan oil supplies first occurred" early this year, said Sen. Jeff Bingaman, D-N.M., chairman of the Senate Energy and Natural Resources Committee. Still, Bingaman said he hopes the move helps deflate "speculative froth in the markets" and drives prices back to levels where most experts believe they should be.

The administration said the uprising in Libya has resulted in a loss of about 1.5 million barrels of oil a day. The release comes as the United States approaches a period of high energy use in July and August.

High oil prices and the resulting increase in the cost of gasoline have contributed to an economic slowdown and have put increased political pressure on Obama.

The government is wary of dipping into the petroleum reserve, releasing oil from it only in extreme cases, such as hurricanes, that affect oil supplies. The reserves -- 727 million barrels stored in salt caverns along the Texas and Louisiana coasts -- were created in response to the Arab oil embargo in the 1970s and last tapped in 2008 after hurricanes Gustav and Ike hit.

Oil prices dropped Thursday, the same day the International Energy Agency announced the plan to release a total of 60 million barrels of oil and a day after Federal Reserve Chairman Ben Bernanke warned that the U.S. economy was recovering more slowly than expected.

A senior administration official said the president determined in a meeting with top economic advisers on April 26 that the oil supply disruptions in Libya were severe and would have a significant impact on oil prices. Obama asked aides to come up with options for opening the strategic petroleum reserves and to consult with international partners, most notably Saudi Arabia.

The official said Obama is deeply concerned about the impact the disruption in oil supplies could have on the U.S. and global economies. Obama is open to releasing more oil from U.S. reserves, the official said, though no decision on doing so has been made.

Because the U.S. oil reserves are at historic highs, holding 727 barrels, the administration felt there would be no negative long-term impact to releasing 30 million barrels at this time.

The official spoke on the condition of anonymity in order to discuss internal administration deliberations.

Comment by TheLasersShadow on June 23, 2011 at 8:04pm
Obama is such a jackass, this political whore is selling our STRATEGIC reserve to give himself a bump in approval polls. That oil is stored in case of war so we have fuel for our tanks and aircraft NOT to screw with the oil speculation market. How bout this jackass n chief, how about you muzzle the EPA psychos and open up Anwar in AK and the gulf. Just pass a law that the oil fat cats themselves will get mandatory jail time say 5 years for screwing up, how much you want to bet they take safety a bit more seriously and we get $2 a gallon gas again in a year.

Chris of the family Masters posted blog posts
59 minutes ago

"How dead thing can have a gene variation?"
2 hours ago

"Glenn Greenwald, by the way, has been invited on Tucker Carlson in the past, and accepted the…"
6 hours ago

cheeki kea replied to Chris of the family Masters's discussion A World Without Globalists (i.e. Communists, Freemasons, Satanists, Cabalist Jews)
"Maybe some of this could be possible Chris, except the part of 'Politicians would serve the…"
7 hours ago

July 2, 2020 When I posted this on Monday, under the title…See More
9 hours ago
1 Comment 0 Favorites

I sense a lot of brown stuff is heading rapidly in the direction of a pretty big fan...…See More
12 hours ago
3 Comments 2 Favorites