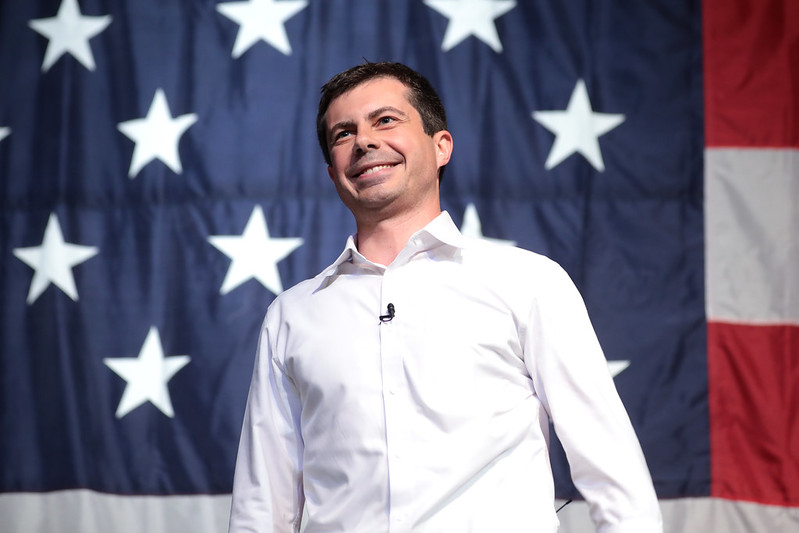 
Mayor Pete Buttigieg gave advice on coming out as gay to a nine-year-old child in Denver during a campaign stop on Saturday night.

Surely this prepubescent child did this on his own, without the prompting of his parents — we’re expected to believe that, anyways.

“Thank you for being so brave,” the child asked in a question, which was read by Colorado Secretary of State Jena Griswold. “Would you help me tell the world I’m gay, too? I want to be brave like you.”

Buttigieg told the child, Zachary Ro, that it didn’t seem like he needed advice on bravery, since he said it in a room full of people.

steve - Yeah, I forgot about soy, that too. I remember when they started serving soyburgers in school lunches, either my freshman or sophomore year of high school (I graduated in '86). They must have been loaded up with MSG, as they were peculiarly delicious. MSG is a problem in itself. It's a flavor enhancer, it makes crappy cheap food taste good. Doritos, for instance, would  taste like cardboard without MSG. It's in fast food and Chinese food too. It works like Aspartame (which has more health complaint reports than any other substance regulated by the FDA). It's called an "excitotoxin", it has the opposite effects of drugs like Valium. My mother was addicted to Royal Crown cola when she was pregnant with me, which has like a spoonful per bottle. I started having seizures when I was five, was then put on an anti-seizure med, Dilantin. That causes cerebellar atrophy in some people, and between the two, I think that's the cause of my autism. Such as is caused by vaccines. The plot to disable children in the West has somewhat turned on the elites, though. As an example, myself, but also many (most?) of the posters on POL on 4chan are on the spectrum. Their term is "weaponized autism". Not being attracted to the opposite sex is also a symptom of skewed neuropsychological development. I think one of the things I invented can reverse that.

Hey James, Right you are as I have learned that SOY is a main cause of feminizing males as it produces estrogen in the body but the is just a small part of the picture. These degenerates have infected/infested all parts of our society from heads of businesses to the classroom to the j-wdiciary courts, these fkn frootloops are everywhere. It is without a doubt a "tribal" agenda that we have been ever so slow to catch onto but tomorrow is a new day . I leave a vid of a newly woke house wife who has STOOD UP TO BE COUNTED and can surly use our collective support.

steve - The reason for the increase in numbers of homosexuals (as well as one big reason women are becoming more promiscuous) are the synthetic estrogens in our food and water. A lot of these people, their brain development was damaged in the womb, and ever since. You ever look around at young people when you go to the grocery store, etc? There seem to be very few masculine young men and boys. Most all seem slight of build, or grossly overweight (both can be caused by these chemicals) and at least somewhat effeminate. It's scary. I can't imagine waking up one morning and not being attracted to women. And it's all social engineering, the presence of these chemicals in our environment was done purposefully. They knew what they were doing, even back in the 1940s.

I don't understand how any sane person could support this peter lickin butt plugger, he wallers in another mans shitehole,  just the thought makes me want to puke. Why are decent folks not condemning this degenerate for the filthy sodomite he is let alone allowing him around confused children.

to get the putrid taste of traitorous pig out of his mouth. EnjoySteve…See More
5 hours ago
0 Comments 0 Favorites

luggnutz commented on Tara's blog post European Parliament to Investigate WHO and “Pandemic” Scandal
"Ah yes Tara...memories of how we got…"
14 hours ago

Less Prone commented on Tara's blog post European Parliament to Investigate WHO and “Pandemic” Scandal
"And the corruption continues..."
15 hours ago