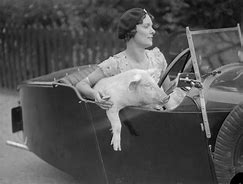 There are many failings within human nature that cause people to make self-destructive decisions, choose the wrong leaders, support oppressive government, among all the other stupid things we as humans do. Leaving spouses when they are most needed, casting votes for the same politicians that have failed your state year after year just because they convinced you that the party you identify with is still the one to support even though they haven’t supported you. Example: Gavin Newsome, Governor of California, has failed miserably and proven himself to be a hypocrite and tyrant to the 10th degree and yet he was re-elected. 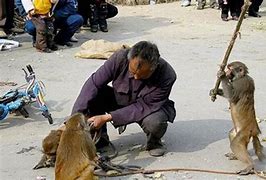 The psychology of the human condition is just one aspect of why humans are so stupid! Your mind acts as a sponge that absorbs everything in your life that you have experienced, the pain, the suffering, the rejection, the abandonment, the sorrow, the guilt, the lack of self-esteem, and the violence you have been subjected to. If you experience enough of all these factors without a balance that comes from love, emotional support, education, family, and faith in God then two things will happen. 1) You will take the very injustices you suffered and you will do the same to your spouses, your children, and your family. You will perpetuate the injustice you suffered. 2) You will unconsciously gravitate toward chaos, abuse, and a negative self-image. Why? Go back to the earlier statement. People are a product of their environment because their brain is an absorbent sponge. 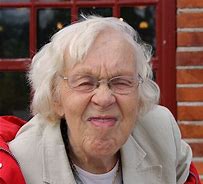 As complex as this negative equation of human suffering is, it gets even more complex when we think about the lies and psychological conditioning imposed upon us by the government, by big corporations propagandizing us to buy what they’re selling, the envy some people feel not having what others have, and all of this begins at the very earliest levels of child to young adult development. Now throw in racializing issues and the intentional division the government uses to get you to elect their leaders while blindly vilifying those on the other side, and you have an emotional toxicity of existence that makes having a normal fulfilling life just about impossible! The programming begins in elementary school, on TV, the pressure to have what others have, and you wonder why there is so much hate, so much divorce, so much child abuse, drug abuse, and crime.

But, aside from all the environmental toxicity guaranteed to make your life miserable if not impossible to actualize into a successful existence, there is just plain human stupidity! The ease at which people can be convinced to respond a certain way even if that way is not to their benefit at all if not outright the kiss of death! All your life you’ve been manipulated into putting your faith in the wrong people, the wrong things, and the wrong reasons for your own behavior. Examples: How many people have absolutely worshiped movie stars, rock bands, hip hop rappers, politicians, queens, princesses, kings, dictators, cars, artists, athletes, even pornography?

All the superficial self-fulfillment we need to endure our empty lives. All these pathetic coping mechanisms that we hope compensates for our spiritually hollow consciousness. Trying to make Gods out of people we envy for their fame, their wealth, or their skill, or their outward physical appearance. This deep seated dissatisfaction with ourselves drives us sadly to seek the same in others or to try and get it from others. Here is a perfect example of human stupidity. Covid 19 is a perfect case for identifying just how incredibly stupid the masses are! Here goes! Why would you submit to taking an injection of an untested, rapidly produced drug that has caused injury and death to a number of people when you have a 99% chance of surviving the virus on your own without taking a questionable if not dangerous drug? Why? To be fair, a great deal of fear mongering went into manipulating your choice by the authorities, by the medical industry, by even people who have taken the shot and expect you too to make that choice. 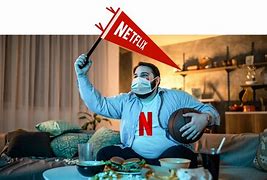 But, here’s the catch. You refused to do your due diligence and make an informed decision after a period of time passes and you were willing to do something to your body or have someone to do something to your body that might have serious long term effects like nerve damage, heart inflammation, stroke, seizures, or even death! I am sorry but you rushed into it. Not me. You have hostility toward me because I don’t wear a mask that causes an abnormal amount of carbon dioxide to be re-breathed and becomes contaminated with your own bronchial and nasal bacteria. And now you’re hearing from the news that people who are supposedly vaccinated are not only spreading the virus to others but are also getting re-infected. So why would you even take the shot in the first place? Why?

So, now you’re going to take a booster shot once, twice, or even three times, maybe have to take it every year? Why take the shot at all if it doesn’t work? Why subject yourself to a hazard when you don’t have to? Why subject your young children to such a risk? Why would you take the shot and try to force your own spouse to take it even though they don’t want to? Why would your very own government be labeling you as a terrorist because you decide to stand up for your rights as a human being and refuse to submit to a vaccine mandate? You even hate others who have not made an impulsive, poorly advised, and thoughtless decision like you did!

Well my friend, because you are stupid. You are no more intelligent than live stock on a farm that are being herded to the slaughter. YOU ARE STUPID! There’s just no other excuse! 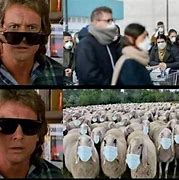 John Carpenter's THEY LIVE from 1988 was an instant classic. It was a stark warning and wake up call for humanity. Clearly, we didn't get the message.We tho...
11 hours ago
0 Comments 0 Favorites

"Yea, Zuck fucked me too, just a few truths that couldn’t be seen. 10 years on Facebook and…"
20 hours ago

fedbook deleted my pagemy profile was disabled.no way to reply to an actual person.In a Time of…See More
21 hours ago
0 Comments 0 Favorites