So the NSW Department of Housing Want to terminate my lease.

On the 7 May 2009 i recieved a letter from Mr adam Cook of the DOH in which they give notice of termination of my tennancy all because i have stopped paying my water charges,1. in protest in relation to being discriminated against re differing types of screen doors and associated security matters. and 2 as far as i have gleaned from their Water Usage Policy Section 19A of the Residential tennants act 2005 (social housing) on page 6 of said document they are obliged to provide a bill outlining the literage usage and subsequent related charges. they Guestimate mine which in itself is illegal. As a tennant im only obliged to pay for any exess water thay i might use, which they cant regulate. The DOH are responsible for meeting all costs pertaining to maintaining water usage and are to work with and support tennants towards resolving any difficulty.
My bill is only $127.00 and for that they want to terminate my lease when i was luckyto get the unit i am currently in under their emergency housing scheme.
In paragraph 1 of their Water usage policy document, anypoenaltiesresulting from a breach of the DOH water usage policy sect 19A RTA 2005(social housing) are imposed and collected by the Local Water Authority and not the DOH.
So what are they comming at?
On 2/11/08 I emailed Mr Borger Mp and Mr Pearce Mp and on 3/8/08 i sent information to their feedback page.

since then i have checked out the Australian constitutiion and in sections 99, 109 and 117 i have found inconsistancies re DOH decisions. pertaining to their Duty of Care Due dilligance ect ect...
all i know is that if i own a premises , Me I aas the owner are responsible to pay the land and water rates Not teh Tennant. If i wish to charge the tennant for excess water usage then i get the water Board to send them abill outlining their water literage usage and subsequent charges pertaining to same..
Not guestimate what people use. Imagine if they used this thinking process at the petrolpumps.?? And Still Job No 5386437 re insulation to a premises in Port kembla issued on the 10/10/07 still hasnt been complied with. Even after Mr Rudds announcements re insulation.. Go figure

So now im waiting to hear back from my local politician re the matter ..hping i get to stay put.
ill keep ya s updated and informed.

pete :-)
ps oh yeah and then theres my friend an outpatient from a psyciatric unit who has to yearly,attest as to her elegibility to recieve her pension payments by some blue collared Centerlink employee..
More picking on the weak and defensless.... why just to kill time havnt they got real work todo..??

Labor told of $31bn NBN risk CHRIS KENNY AND ANNABEL HEPWORTH • The Australian • November 16, 2013 12:00AM http://www.theaustralian.com.au/business/in-depth/labor-told-of-31b... A SECRET review of the NBN prepared for the Gillard government almost three years ago estimated it would leave taxpayers up to $31 billion worse off and warned of major risks in the plan, many of which were later realised. The Weekend Australian has learned that the review by investment bank Lazard found the project would confront construction problems leading to cost increases for the building phase. http://www.smh.com.au/federal-politics/political-news/mp-luxury-fli... MP luxury flights costing $50,000 an hour DateNovember 16, 2013 Heath Aston Federal politicians taking RAAF-operated VIP flights are costing taxpayers $50,000 for every hour spent in the air. Documents obtained by Fairfax Media call into question the Abbott government's insistence that using luxury air force jets to shuttle ministers and MPs to Canberra from as far away as Perth is often cheaper than individual commercial fares. The Leader of the House, Christopher Pyne, on Tuesday defended the use of a Defence-leased Boeing 737 to fly three government ministers and six other MPs - including Don Randall, one of the Liberals at the centre of the expenses scandal - from Perth to Canberra for the opening of Parliament this week. ''It's probably cheaper than bringing them all individually on Qantas or Virgin,'' Mr Pyne said. Advertisement But a breakdown of the true cost of VIP flights, obtained under freedom of information, suggests that is not the case. According to the figures - which include the cost of leasing aircraft, maintenance and airport fees - a single four-hour flight from Perth to Canberra costs the public just over $200,000. http://www.dailytelegraph.com.au/news/nsw/icac-target-nick-di-girol... ICAC target Nick Di Girolamo was paying himself a salary of more than $1 million a year at Australian Water Holdings while the firm was on the brink of collapse. The businessman’s company also donated $67,637 to the Liberal and National Parties from 2008 to 2011 as it sought to resolve a contract dispute with Sydney Water despite Treasury advice saying it had “net assets worth $36”. ICAC, which will begin hearings into Australian Water Holdings on Monday, announced it would broaden its inquiries to look at Mr Di Girolamo’s salary and that of other AWH executives. Mr Di Girolamo was eventually forced out of the company in April 2013 with “a token payment” after he had the firm take a $5 million loan from four business people and was unable to pay it back, The Daily Telegraph can reveal.

answer,... For my kids If idont make a stand against their giving  water away to forigners whilst they let gig a litres flow from the murray darling system into the ocean (mismanagement basically) and they told us we were in a drought when they purposley stored water behind qld dams and the 1st storms that arrived they  had to  flood 3 states !  what exellent water management  ay !

endeavour to perserver my  brothers and  sisters The sherriff arrived with a 1st instance warrant for my eviction from a corporate tribunal i asked "prove to me  the amount of water it is alledged ive used?"  No one can tellme/Answer this question, section 53 of  constitutioin , human rights, Weights and measures legislation, right to enjoy public life ? what are these things?  but a whole day in court mostly evidence  of which police/ sherrifs entered through my front door and did what  ect , sighh  mercurey reports  as follows In 1847 the London Communist League (Karl Marx and Frederick Engels)
used Hegel's theory of the dialectic to back up their economic theory of communism.
Now, in the 21st century, Hegelian-Marxist thinking affects our entire social and political structure.
The Hegelian dialectic is the framework for guiding our thoughts and actions into conflicts that lead us
to a predetermined solution. If we do not understand how the Hegelian dialectic shapes our perceptions
of the world, then we do not know how we are helping to implement the vision. When we remain locked into
dialectical thinking, we cannot see out of the box.

Hegel's dialectic is the tool which manipulates us into a frenzied circular pattern of thought and action.
Every time we fight for or defend against an ideology we are playing a necessary role in Marx and Engels'
grand design to advance humanity into a dictatorship of the proletariat. The synthetic Hegelian solution to
all these conflicts can't be introduced unless we all take a side that will advance the agenda. The Marxist's
global agenda is moving along at breakneck speed. The only way to completely stop the privacy invasions,
expanding domestic police powers, land grabs, insane wars against inanimate objects (and transient verbs),
covert actions, and outright assaults on individual liberty, is to step outside the dialectic. This releases us from the
limitations of controlled and guided thought.

Australian Constitution - Section 53 - Powers of the Houses in respect of legislation
Proposed laws appropriating revenue or moneys, or imposing taxation, shall not originate in the Senate. But a proposed law shall not be taken to appropriate revenue or moneys, or to impose taxation, by reason only of its containing provisions for the imposition or appropriation of fines or other pecuniary penalties, or for the demand or payment or appropriation of fees for licences, or fees for services under the proposed law.

The Senate may not amend proposed laws imposing taxation, or proposed laws appropriating revenue or moneys for the ordinary annual services of the Government. 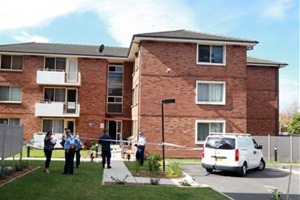 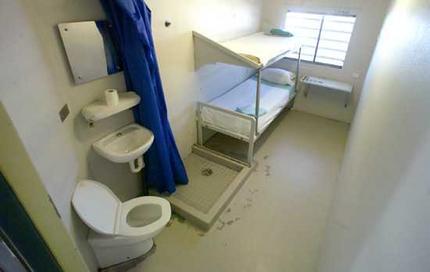 Yes you must have been in the Old Jail.. quote/ .now im a little more prepared for when i visit with him on sunday !!...he called me yesterday and is in "old " silverwater and visits are definately 2 hours ..'' fromhttp://www.prisontalk.com/forums/archive/index.php/t-271304.html  that 2007..  just imagin the overcrwding of today with people unable to pay their bills.. Old Bailey of London again! 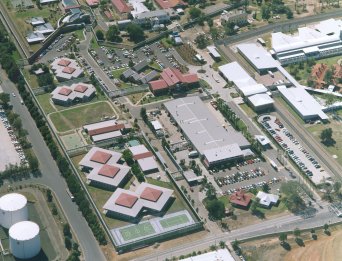 Well after recieving  certian letters from the Now Human Resources Department of NSW (Lands corp) and ignoring them as my evidence was ignored by  the registrar when i took the department  before their own tribunal for discrimination, ....eviction was supposed to take place on 8 may ,2012 but didnt  on, 22 may  after a male being  thrownout of his 3rd storey window police locked residents in their units re a crime scene out side thir front door, then on the 24th may  2012, about 11.15am, the sherriff arived with a 1st instance warrant  to evict me and my property, we had a conversation, re water literage, the weights and measures legislation, any dollar amount i might owe, and i informed him/them, i was prepred to protect my self, my property and my residence for which rent was paid with an iorn crow bar which i showed them..  They  left my front door for a short time and police attended, kicked in my front door, pepper sprayed me in the face extricated me from my flat and  threw me in th rear of a  waiting paddy wagon, wherupon i was transported to a police station untill dark denied any communication or a phone call, ,then transported to wolongong  untill court the next day where i  obtained bail for 4 x assault and 1 x  resist police and sherrifs officers.   Later in the  afternoon i was transported to  silverwater Prison and  at 11.30pm  bailed and released  in to the cold and rain to catch a train to central thence to wollongong. so ive lost my little flat the residents are protesting re their acess and egress being denied re   being fenced in,  a petitioin has been submitted but we  shall see what happenns  next after 10 july 2012 wollongong court .  :-/ 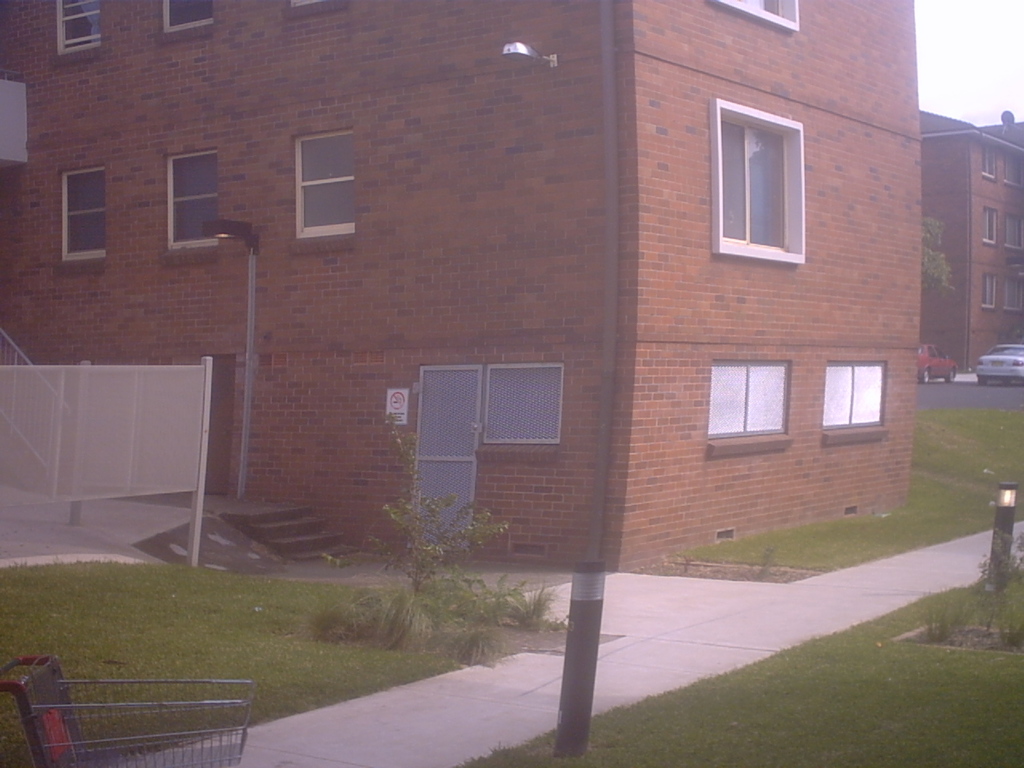 see here they secure eletrical items with inbuilt redundancy dates over that of rent paying tennants and their security requirements,

"Luisa Marie Neubauer had been identified as a handler for Greta. Here is an article from Jew World…"
2 hours ago