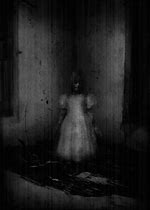 While one of my sons was dating a girl whose father had been fishing and hunting for arrow heads around the Lake Lavon area when he recovered what appeared to be a human jaw bone. Some other fragments of a skull were next to it. He collected the weird find in a box and brought it home that night. His family urged him to take the remains to the local police department to see if foul play had been involved. The Allen PD was now in possession of the bone fragments until days later.

During the time that this macabre find was being investigated the man’s daughter, Anastasia, was a young teenager and slept in her own bedroom just down the hallway from her parents. She was accustomed to leaving the door opened a crack with the hall light on when she was in bed at night. From the time that her father brought home the remains a frightening thing occurred. One night she was awakened by the figure of someone standing in her doorway in the middle of the night. She thought, at first, that it was her mother, but upon concentrating on the image she realized it was the figure of a little girl!

She was so tired she drifted off to sleep again, but remembered it the next morning and told her parents. They simply dismissed the event as a dream their daughter was having. Yet, the following night it happened again. The shadowy figure of a little girl stood in mute silence as Anastasia gazed bewildered at the entity standing in the hallway. Again she mentioned this to her parents in the morning at the breakfast table and once again they reassured her that she was only dreaming, but Anastasia knew this was no dream and was in fact becoming a continuing nightmare.

It was not but a day later that the father who had found the bizarre discovery was contacted by the Allen PD to come to the police station. When he arrived they said that the bone fragments he found were those of a little girl-approximate age 6. They checked their files while local Collin County sheriffs did a forensics site analysis since the father had been asked by detectives to show the area where he had made the discovery. Yet, there was no record of an unsolved murder or cold case that matched this disturbing find. So, the remains were returned to Anastasia’s dad.

Apparently, some psychic or paranormal expert had been consulted and Anastasia’s father had been urged to take the remains back to where he had found them and bury them. He returned to the lakeshore and dug a deep hole where he deposited the remains. That very night Anastasia, who had been virtually terrorized by the ghost of that little girl saw the figure standing in her doorway no more. It had vanished once her father had buried the bone fragments back where they belonged.

The sad realization was that apparently a child had been either murdered or abandoned there or both and the deed had gone undetected and unpunished by the authorities. In the area surrounding Lake Lavon, Texas are hundreds of unmarked burial mounds left by ancient Indian tribes that inhabited the land long before white settlers had ever arrived. These people predated the tribes many of us are now familiar with. Tribes like the Cherokee, Apache, Comanche, Arapaho, and Tejas occupied the land centuries later. Little is known about these earlier predecessors. From time to time modern-day residents report sightings crossing the water at night or early morning like the “Spirit Horse” others have reported as many as 4 shooting stars landing on their property at the same time. One might wonder if all these events are related. 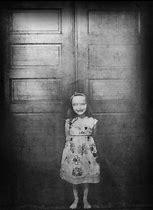 This story highlights just one of many tales that challenge our conventional beliefs in a world of turmoil and conflict.