Tell Me Where America Went? 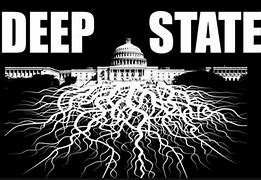 It all happened November 3, 2020 as the powers that be amassed all their plans after the upsetting election of Donald J. Trump just 4 years before. Damn it! He wasn’t supposed to win! But, the Democrats, the Clintons, and The Deep State under estimated the power of the people. They thought the fix was in and that their strategy was in place. Hillary was going to win no matter what the other side did, but lightning struck, America had awakened, the people were tired of the previous 8 years’ of political correctness, terrorism expunged from the mouth of the Obama Administration, along with border trespass, and an economy hampered by Obama’s big government agenda. Record deficit spending had rendered America into an almost irreversible debt that no amount of taxation or balanced budget amendment could remedy. 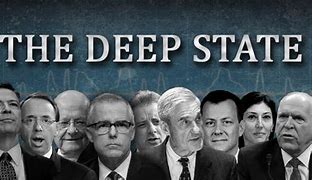 The Deep State had been accustomed to doing business their way with paid off politicians, foreign powers buying influence, and secret deals being made under the table that were selling the American people out hook, line, and sinker for agendas that didn’t serve the American people at all. While refugees poured in from the Middle East and created chaos in Europe, the globalists expected America to absorb that burden too. NATO received military aid from the United States and the spineless president of the time refused to collect on the debt the American people were paying with their taxes. Sneaky unrevealed treaties between third world alliances were being sweetened with American currency unbeknownst to the American Public for the first time the American people began to wonder just who was really in charge of American policy as the southern border continued to go unguarded by the Obama White House while Republicans like John Boehner and Paul Ryan who did nothing just as his predecessor. 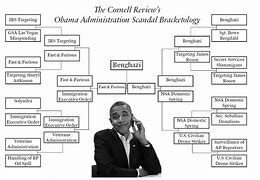 An administration of lies

Why was the federal government refusing to protect the borders? Why was unemployment so high? Why was the price of gasoline so high? Why was the Obama Administration doing so much race baiting and actually creating social division? Why were mass shooting incidents occurring with such frequency that the Obama White house labeled as “Work Place Violence” or the actions of “White Nationalists”? The Deep State was having its way. The contrary actions of Capitol Hill were coming along just fine even though the people were angry and dissatisfied! The Tea Party was formed out of the outrage over big overreaching government, yet the Republicans found themselves at odds with patriots, conservatives, and Christians as they were part of the problem, always coming in 2nd place and being content to do so. 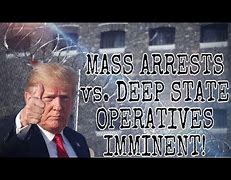 Then came Donald J. Trump, a popular billionaire donor to both parties, with successful TV shows under his belt, and a talent for turning in construction projects on time and under budget, but once he announced his candidacy for the Oval Office he was attacked from every angle even by the Republicans, who were quite pleased being part of the DC Establishment who got nothing done and just kept spending money. What the nation soon found out that Trump was a man of the people and the working class, and he would personally pull the GOP Party to the right and mandate “America First” policies that would grow the US economy to record breaking levels, while creating more jobs than in any time in history while securing the southern border that Washington had refused to do! When Donald Trump went down to the border to see the overwhelmed border patrol himself, the GOP could no longer get away with making excuses. 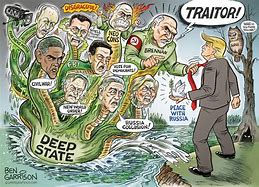 However, after 4 years of the Democrats constantly obstructing the efforts of President Trump, trying to frame him with false evidence that should have put many of them in jail, still the American people who weren’t stupid enough to listen to CNN, MSNBC, CBS, ABC, NBC, or CNBC to see that we have an embargo on the truth in America, and what’s right, what’s responsible, what makes sense, is now wrong! Thanks to the “Swamp” the “Deep State” the undeclared alliance of corrupt politicians who will lie to your face and tell you night is Day as they find more ways to steal tax dollars and do the bidding of their true masters, not the American People they are supposed to be answering to! 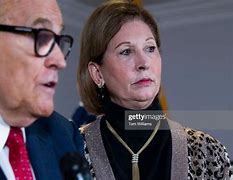 With enough evidence of voter fraud proven in the five “Battleground” states that the election was, in fact, stolen still the officials stalled, refused to hand over subpoenaed evidence, deleted files that were not supposed to be purged just before election audits, and even changed election laws just before the presidential vote in violation of their own state laws! Yet, in the lawless abyss of Democrat procedure, we now have the liberators like Rudy Giuliani and former federal prosecutor Sydney Powell having their licenses to practice law revoked and lawyers who served in the Trump administration as well as those who litigated in the fraud investigations being threatened with law suits by the perpetrators! Just ask yourself how when two Dominion machines were tested and clearly showed they were stealing votes from Trump and the GOP and adding that number to Biden votes, why was this not pursued further why were states allowed to block access to investigators of the other machines involved? 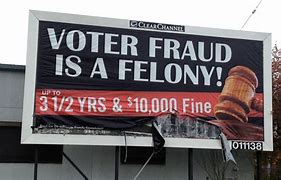 Let’s not even start on how the overreaction to the manufactured Covid crisis used to justify mail in balloting so as to make the influx of illegal votes cast much more difficult to filter and examine. Let’s face it people, our country was taken over without firing a shot even though plenty of shots of untested non-effective vaccine were given and profited over from Big Pharma! Hitler’s Propaganda Minister, Joseph Goebbels once said, “the bigger the lie the more they will believe.” Such is the case now. At the end of voting night Trump was ahead by more than 600 thousand votes, and,. at that point, the lection should have been called! 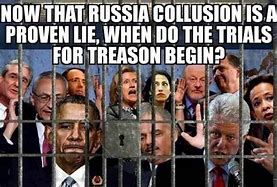 For all of you “Never Trumpers” so upset by his tweets, so appalled at his persona, so outraged by his brash willingness to take on the establishment, how do you like things now? How do you like 18% inflation and the cost of gas and food prices? How do you like those vaccine mandates forcing people who are smart enough not to get vaxed to lose their jobs along with police, first responders, and our military? The media told you to hate Donald trump and like the livestock in the barnyard that your herd mentality demonstrates, did what you were told to do just like taking an unproven serum that has caused thousands of deaths and injuries because you are a willing pawn! You squandered your own personal freedom because you were conditioned like an animal to do so, and you fell for it! CONGRATULATIONS fools! 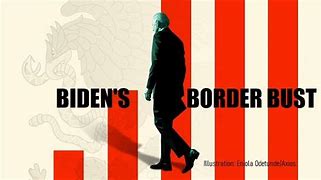