Thousands Go Missing in the US Every Year Why?

The year is 1980 and during a documentary film former NASA scientist Richard Hall says he has an answer for the 50 thousand children alone who disappear each year in the 50 states of America. Even though a certain number can be accounted for through custody battles between parents, human trafficking operations, and others from an unknown origin such as Dave Paulides 411 book series, Dave was a California enforcement officer, but had not begun his missing person’s research yet. According to FBI and local law enforcement cases that may even go overlooked and unsolved, a shocking number of missing persons simply fade into obscurity never to be seen again.

Before all of the fluff

Richard Hall’s angle long before the “Alien Abduction” craze was that there was a correlation between the 300 known UFO landing sites that he had investigated and an overlap of inexplicably missing persons. From Socorro, New Mexico to Flatwoods West Virginia, from Snowflake, Arizona to Kecksburg, Pennsylvania, UFO’s were landing with impunity along with the strange entities that startled witnesses. In the early days of Project Blue Book the abduction in Maine of Betty and Barney Hill made for a sensational story in the Newspapers and TV coverage, but were there other sightings and landings that had escaped public attention, or had even been hidden by the authorities? 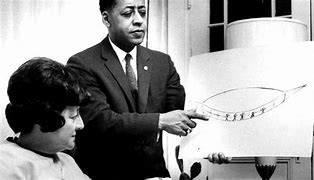 The state of Texas being the largest state among the US geography within the borders of Canada and Mexico with such a large land mass, was a great source of sightings and alleged landings. Both law enforcement officials, military, and civilians had all seen not only aerial activity but shocking encounters on the ground with bizarre figures that were only vaguely human-like. The landing zones were often giving off radiation as measured by Geiger counters such as in the Cash Landrum encounter in Dayton, Texas close to Houston where the witnesses suffered radiation burns from their experience. As far back as 1949 during US Army maneuvers at Ft. Hood, troops made night time observations of bizarre crafts landing to the ground in a side to side hovering motion, almost like a leaf swaying to the ground. 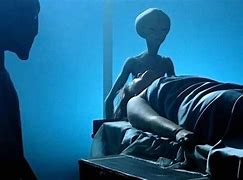 In all these unconventional craft ground sightings, former NASA scientist, Richard Hall postulated an estimation of missing persons by the known and most likely unobserved landings that could have resulted in disappearances. There are many causes for abductions and of those who go unaccounted for. Obviously the human sex slave trade market funneling their victims from the US to their perverted Euro customers is a source of disappearance that has been denied by the globalist influenced media for a long time, but so were the existence of UFO’s as well for decades despite the hard evidence presented by many former officers in the US Air Force and other branches such as the Army and Navy.

Too many missing to pursue

There have been reported cases of those who experienced missing time, memory lapses, and strange illnesses after they were abducted, but luckily were returned, what about those who never return? If one bothers to inspect the case files of local police and sheriff’s departments they will find cases never collected for statistics by official FBI findings, and according to David Paulides they have neither the funding or the manpower to pursue these disappearances after a certain amount of time once rescue and search efforts have been exhausted, but still many times there are not even resources for coordinated search efforts by the local enforcement authorities so that many will go missing without explanation, without official attempts at finding them, or with nothing more than a record in the cold case files. Although in rural areas it is most likely that capable adults with experience and fitness on their side will simply vanish without a reason or trace, there’s no guarantee that city dwellers are safe either. So, this does not mean that people living in highly condensed urban development are immune to going missing. In Bud Hopkins Book entitled “Sight Unseen” many of his subjects under regressive hypnosis recalled abduction experiences while living as a child in the midst of big city concrete jungles. Time seems to stand still, the world becomes silent, and an unknown presence takes control. Sometimes in the form of an odd person, who compels the percipient to follow them into the unknown. A troublesome and reoccurring memory when explored under regressive hypnosis revealed that a young woman going to a job interview sat in a strangely undecorated office being interviewed by a peculiar man, and then lost a two hour stretch of time she could not account for, not even the trip back home. As bizarre as these experiences are according to the late Bud Hopkins, they are still more common place than people think, and if they are, then are they not synonymous with those who vanish completely? 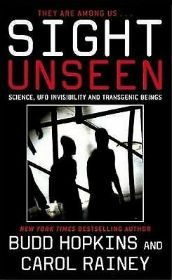 Do not count on the Police to save you. They either wont come, or will run away.SUBSCRIBE YA GOOFBALLS!
5 hours ago
0 Comments 0 Favorites

Parrhesia commented on tjdavis's blog post NYC Mandates Children Jabs
"There is plenty of danger in NYC already without injecting children with experimental drugs. …"
9 hours ago

Parrhesia commented on tjdavis's blog post Defund The IRS
"I hope he insured the packages so UPS has to pay for the loss."
9 hours ago

"This guy tries to blame erosion on climate change and then says:  "Here on the western…"
9 hours ago