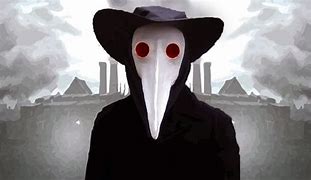 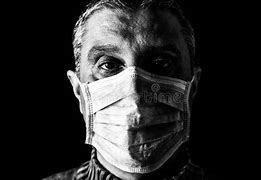 Covid Hoax that Exposed it for What It Was?

Here are the red flags that should have tipped everybody off on the very onset of the disease. These are the not only overreaching actions of the government state, county, city, and federal, but also just why Covid was a hoax from the very beginning. Either that, or proof beyond a shadow of a doubt that your government does not care about you at all.

When the supposed deadly corona virus hit and we were being blasted with all the fear mongering news coverage we cared to listen to or hear, I have questions.

1)     Why were California prisons releasing thousands of violent criminals? Because authorities were afraid that the prison population would all get the corona virus? Wouldn’t this endanger the public and spread the virus faster?

2)     Why were people who died of unrelated deaths like construction accidents or car wreck fatalities being reported as Covid 19 deaths?

3)     Why weren’t autopsies performed on those who allegedly died of Covid 19?

4)     Why would Governor Cuomo have those allegedly suffering from the Covid virus moved into Senior Citizen rest homes where many of them already suffered from terminal illness of pre-existing conditions?

5)     Why did Joe Biden once taking office completely open the southern borders of the US to be invaded by more than 150 countries and as Colonel Allen West, who visited the border said while observing that many of them were coughing and sneezing as they crossed over the Rio Grande. If Corona Virus was so deadly why would a government allow this kind of exposure to their public?

7)     Why were doctors and nurses complaining that they were being urged by their bosses to report all causes of death as Covid 19 related?

8)     Why was a PRC test that is totally inaccurate and mistakenly labeled 90% of the people tested as being positive for Covid used before it was hurriedly rushed off the shelves.

9)     When the CDC admitted months into the supposed pandemic announcing that they had mistakenly stated morbidity figures so that 96% of deaths did not occur from Covid 19 alone because there were other contributing factors like terminal illness, heart disease, obesity, flu, high blood pressure, hepatitis, pneumonia, or other life threatening conditions, did the mainstream US media ignore that admission and continue their fear mongering coverage?

10) In every past pandemic it was the sick and diseased that were quarantined not the healthy people who displayed no symptoms, but the Corona virus procedure was to do the opposite side. Was this the way we arrive at herd immunity? Everything about the way the government under Fauci’s contradictory advisement did everything wrong.

11) Were the actions of the government and the medical community actually due to having so little experience with a pathogen that had been under experiment for some time? Or, were these faulty protocols, lockdowns, maskings, and alternative medicine bans planned to amplify the fear and making the public submit through anxiety?

12) Due to the wrong test results and the wrong method of treatment why were patients who supposedly had Covid told to go home until they couldn’t breathe anymore then report to the hospital where they were given ineffective Remdesivir and hooked up to an oxygen ventilator that ensured they would die of lung congestive failure? When exposing inflamed lungs to pure oxygen this is an insult to the lung tissue that only worsens the condition, and the doctors couldn’t figure that out? Really? This was massive malpractice!

13) In all this where was the flu, a normal sickness that takes a certain percentage of the population very year? Did it just step aside for Covid 19 or is this an example of misdiagnosis or intentional misdiagnosis?

All the above events are true and submitted for your edification in hopes that you will not continue to be deceived into taking a potentially deadly vaccine or at least not being conned into taking boosters for their contrived variants!

Steve Thanks Buddy I'll check it out. These fucking liars need jail time and to pull trains with the prison population for a little therapy!

The C D C  has REVISED the "auschwich I mean "covaids death count, seems 218,000 out of 220,000 deaths with convids was a BIG FKN LIE. sKIP TO 17 MINUTES FOR CDC UPDATE even tho in my opinion you might want to watch the whole thing as it's very informative.

Harry Thomas replied to Harry Thomas's discussion DEMOCRACY IS DEAD !! HARRY THOMAS ANNOUNCES DEFEAT? (hell no) Heartfelt Harry Edition HTS011822 By The Harry Thomas Show
"podomatic is acting shady so im uploading a file here shrunk as much as possible. hope it makes it…"
22 hours ago