Trump Drops Requirement for Employers to Validate Citizenship of Employees 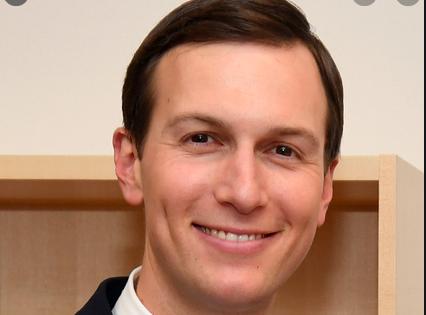 E-Verify is an electronic system, managed by Homeland Security, that allows employers to determine if new hires are authorized to work as US citizens. The program is voluntary, but many companies refused to use it because they can pay lower wages to illegal immigrants. President Trump campaigned on requiring employers to use E-Verify, but this year, he cut $3.7 million from the program and appears to have dropped his support. Instead, it is said he is following the advice of his son-in-law, Jared Kushner, who has prepared a 600-page immigration proposal to create a more ‘business-friendly’ system. -GEG

President Trump’s new budget retreats on his campaign promise to require all U.S. businesses to use E-Verify to check their new hires, signaling the White House’s surrender on one of the best tools to shut down the jobs magnet that spurs illegal immigration.

Currently it’s voluntary for most companies, though federal contractors are supposed to use it, and some states have passed laws mandating use as well.

Though not infallible, the system is considered the best way to prevent illegal immigrants from taking jobs, and has long been the Holy Grail for security advocates and those pushing for stricter immigration limits.

The Trump budget retreat was dismaying to them.

“I hope it was simply an oversight, rather than an indication that the Trump administration is abandoning the most effective tool we have to limit illegal immigration and protect the jobs and wages of American workers,” said Rosemary Jenks, vice president at NumbersUSA, which runs television commercials backing use of E-Verify.

Gone is language from the previous two budgets calling for “mandatory nationwide use.”

Immigration experts said the administration is setting the table for the 600-page immigration proposal Jared Kushner, the president’s son-in-law, has been preparing for months. That plan would shift American immigration to a more business-friendly system — and, sources say it does not include mandatory E-Verify.

Having the budget say otherwise could have been an embarrassing conflict, said Jessica Vaughan, policy studies director at the Center for Immigration Studies.

“It had to be changed to stay consistent with Kushner’s proposal, which is at odds with what the president has been saying,” Ms. Vaughan said. “It’s a takeover of the president’s immigration agenda by the special interests who benefit from illegal immigration.”

In defense of Trump. He is being attacked from all sides, the Deep State, the media, the Democrats, internally from justices from lower courts appointed by Obama as well as DOJ holdouts not yet replaced even though he has replaced a record number of judges who are Constitutional jurors! Jared Kushner is not a conservative or Constitutionalist neither is Ivanka  so is President Trump among a ship of fools? Undoubtedly!

But of course. Meanwhile, sports stadiums full of fools will cheer their fool heads off.

Manufacturing will be next on the chopping block, or what's left of it. However there's still some outfits in operation who've not sold out, they've gone through the hard times at their own expense, don't have shareholders and can retain staff without trying. Those are the ones doing very well now, they don't have to go down the "diversity" recruitment road because nobody leaves. Many are family based ones that employ and train staff in their own communities - so there's hope, thanks to those types.

It was Lima declaration in 1972 which ensured planned de-industrialization of the western countries. Sold to the masses as help to build 3 world countries, was in fact access of cheap labor for the corporations.

As a result Australia has no heavy industry left. It has become proverbial banana republic.

It'll be the death of the workplace. Employers use to jump through hoops to get overseas staff in and they would be good ones, eventually gaining deserved resident status. Now days they take who ever turns up, with or without the skills to actually do the job and often they turn out to be a disaster. All part of the expected diversity and inclusion mandate. Productivity goes Down, animosity goes Up, health, safety and customer care become non-events.