WALSH: I Am A Gun Owner. I Will Get Rid Of My Gun Under These Simple Conditions.

The media is making quite a big deal out of the gun owners who are getting rid of their guns in an effort to promote gun control. Well, I am a gun owner, too. I will happily join these people in disarming myself, just as soon as conditions warrant it.

To be more specific, I will get rid of my gun the moment my gun becomes self-aware and develops the ability to go off by itself and shoot people on its own initiative.

I will get rid of my gun as soon as I begin to feel the insatiable urge to become a mass shooter.

I will get rid of my gun if I ever lose half my brain cells and no longer possess the basic competency to store and handle it safely.

I will get rid of my gun if someone can pull out a Bible and show me the verse that makes it a sin merely to own a weapon, or to use it for self-defense.

I will get rid of my gun the very moment that all evil is vanquished from human society, and wickedness is purged from the hearts of men, and there is no longer any danger in the world and the whole of mankind can live in utter peace and harmony. When Christ returns in His glory I will certainly lay down my arms. I do not plan on bringing my gun to Heaven.

But we aren't yet in Heaven. And that is why I have a gun. And that is why I won't get rid of it.Indeed, we are in a place so unlike Heaven, and so heavily populated with evil people, that it would be irresponsible and reckless not to own a gun. What sort of protector can I be for my family if I have not equipped myself with the tools necessary to protect them? I agree with the anti-gun people when they point out that the world is filled with bad and dangerous people. That is exactly why I own a gun. This is what the anti-gun people don't seem to grasp: the very reason they want to ban guns is the very reason why we should not.

Anyone with a brain can see what the government is trying to do, what with their false flags, provocateurs, and mass media propaganda. They are trying to totally disarm the American population through scare tactics. 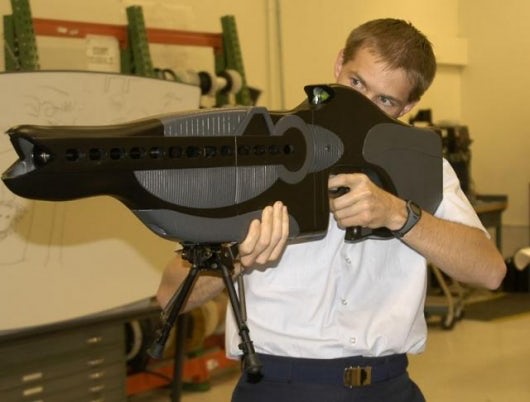 You are welcome to come for mine if you want you squad cars - AWAT trucks and helicopters Taken Out.

@Chris of the family Masters

Much of the info that is relayed about Switzerland and firearms is now way out of date.

The traditional Swiss are under attack, not only from the EU and other foreigners, but from the leftist / internationalist enemy within, for their 'hedgehog' mentality.

Federal gun controls were introduced in Switzerland in 1999. (Co-incidental as similar legislation was being introduced in other western nations at the same time - following questionable shooting events.)

As is typical with the agenda of the PTB, creeping amendments were made regularly through 00s.

Swiss serving in the militia, may keep their personal sturmgewehr at home - a referendum was held in 2011 to change this, the traditionalists won.

However private arms notably handguns are subject to licensing (3 separate licenses are required for acquisition (only if buying from a dealer, private person to person deals do not require this), self defense AND concealed carry - the latter also require practical and theoretical tests)

Swiss are facing the same attacks and cultural enrichment from both the left and their imported pets.

As in other European countries, native Swiss are attacked by foreigners (often after leaving bars) and the police arrive and do nothing but play the situation down.

Look no further then Switzerland where is compulsory to keep at least 2 guns per household. Crime rate is negligible. Tell this your leftist idiots.

Now how stupid is this?

Mr. Sizzle commented on steve's blog post Razorfist explains the "youthful vigor" of sniffy biden, pocahontas and an old j-w named burn me sanders.
"Remember, it doesn’t matter who votes only who counts the votes."
6 hours ago

What is the Snowflake Effect? Why is it important? What should We be doing to diminish the…See More
8 hours ago
0 Comments 0 Favorites

"hahaha you must be a kind man Mr Sizzle describing her as a lady , I would have described her as…"
9 hours ago

the mighty bull commented on cheeki kea's blog post Trust in police Destroyed ! politically motivated gun raid against young family.
"The cops are dumb cunts who put themself on a big display of fucken stupidness. loose all there…"
10 hours ago

"the before and after photos know what side I would choose ."
11 hours ago

"hahahahhaaa  he cried out as he pulled the trigger!"
11 hours ago