When Media, Government, and Woke Corporations Work Hand in Hand

Former Senator Ron Paul once posed the question, “What if all events that were reported around the world were staged and all wars were over gold?” A unique perspective, but not as far from the truth as many might think. Let us simply take a stroll down history’s broken path and look at the case of General George S. Patton, a controversial man, who did not mince words or hold back his opinions. Probably the most successful general of World War II, feared by the Germans and the Russians as well as he was a devout hater of Communism. 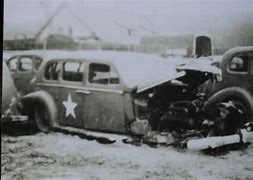 While acting as interim governor of Allied occupied Germany, Patton vowed to return the stolen gold of the Nazi fortune back to its rightful owners and that he didn’t want to stop with the victory of Germany, he wanted to take care of the Russian Communists while all American forces were there and well supplied. Notwithstanding General Patton made enemies even among his own officers as he was not a political man. However, subversion and evil were afoot and George S. Patton was not allowed to complete his destiny. 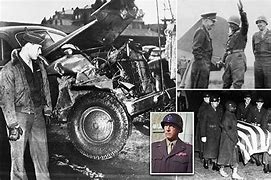 A freakish slow speed car accident left Patton in the backseat of his staff car with a broken neck and paralysis. He was rushed by the medics to a hospital and put into traction with a patch of his scalp sown back and on a wired hook embedded in the flesh of his head where the traction cable would be anchored. At first, his spirits were high and there was hope that he was improving. X-rays showed that the spinal cord was not severed so there was a good chance there would be recovery over time. His wife sat dutifully by his bedside reading to him and trying to keep his spirits up. Strangely, as the US Army press secretary attempted to quell rumors about Patton’s condition the general suddenly took a turn for the worse. Two events would take place after Patton’s suspicious death. A train carrying the Nazi gold treasure just disappeared completely. To this day it has never been tracked down and many attempts have been made to recover it or at least find out who absconded with the treasure. 100 million was stored as its freight manifest, billions by today’s standards. The Nazi administrators who had done a great job of managing the affairs of local government and even minimized the starvation of the civilian population were purged and a resulting failure in supply and support occurred. Meanwhile, the Allies fearing a combat confrontation with Stalin’s troops made several concessions they never should have putting the position of the west at a disadvantage in post war Germany. This would lead to even more suffering by German civilians as the Russian forces began confiscating much needed rations and medicine from the citizens of devastated Germany as rapes of German women became horrendously common by their Russian occupiers.

The mystery of how Patton’s neck was so easily broken in a low speed crash was addressed in a Movie starring John Cassavetes, Max Von Sydow, Sophia Loren, and Robert Vaughn as part of the award winning cast “The Brass Target”. A theory that a special rifle that used high pressure gas and fired a rubber bushing was offered. The force of the gas propelled bushing could break the neck without the telltale evidence that a sniper’s bullet would leave. The best assassinations are the ones that go undetected or that hide the conspirators. As brilliant as the movie was it failed to address Patton’s relapse when it appeared he was well into recovery. Rumors of the Russians poisoning the general once they learned that he might recover is highly suspected yet played down by the US Army at the time fearing that a break out of another war could follow. That history is likely full of clandestine reasons behind deadly events seems well assured as in today as America is faced with a well-orchestrated, well-funded agenda to cause misery among US consumers over supply chain shortages, media coverage of blame upon the wrong parties for the failures, “Woke” corporations supporting social engineering and Democrat schemes to remain in power.

Americans suffering from every angle

There was a time when conspiracies were few and far between and speculation was more likely than true well planned plots carried out intricately by foreign enemies, spies, or entire governments, but today things are sadly different. We have a cooperation between a sold out lying media who will support false Democrat narratives, leftist led corporations that will exert pressure and influence over the American consumer in favor of the twisted agendas, and with this seamless combination of government corruption, media cooperation, and politically tied enterprises, there is no such thing as patriotism anymore. America, because of those who will not wake up to the power grab and the truth embargo, is under a siege that is every bit as insidious as the murder of a top US general only on a national scale of unfolded evil doing. 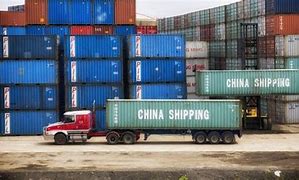 The news tells you gas prices are going up and there’s no relief in sight. You are expected to accept that. So what was different with President Trump at the Helm? FEDERAL POLICIES! Wake up stupid! The Federal government paid off by corporate lobbyists allows the price gouging while the media conditions the consumer for the pain! Who gets blamed? The Ukraine and Russia conflict along with Vladimir Putin, a convenient villain! The media tells you that the border crisis is a humanitarian disaster so we need to care for illegal aliens and the children they bring across the border illegally so this deflects attention from the target of true responsibility, the federal government who had blundered idiotically and victimized American towns now overwhelmed with the quote unquote, “Human Tragedy” rather than the truth. A government sanctioned effort to bring in undocumented voters to solidify Democrat rule in the future! You have been conditioned like Pavlovian dogs to accept the unacceptable using all three elements of deception! However, in all this there is still perhaps an even more evil agenda. That is the globalist aim to convert America into just another disaster ridden amateur third world republic rife with mass shootings, drug abuse, sexual dysphoria, and a new population of low information voters willing to accept rule by big tyrannical government. It must be stopped!

Doc Vega commented on Chris of the family Masters's blog post Game Over
"One of the reasons California is in drought mode, they rerouted a fresh water river into the ocean.…"
1 hour ago

This was recorded by Hunter on 1/18/19 & sent to his escort contact “Eva.” She had told him the…See More
5 hours ago
2 Comments 0 Favorites