Who controls Greta Thunberg and the #fridaysforfuture movement?

Climate change/climate crisis/global warming is a hoax and a cover up for what is actually man made and changing our atmosphere: geoengineering and decades of covert (yet, once you pull your head out of your behind, very obvious) weather modification programs.

Greta Thunberg and her new world order youth sheeple army of mentally abused and over propagandized terrorized kids are calling for action which, if you look it up, is the legalization of tax funded GEOENGINEERING.

Who is Greta and who is behind the Fridays for future movement?

Greta is related to Svante Arrhenius
https://en.wikipedia.org/wiki/Svante_Arrhenius ,
who came up with the idea of greenhouse gases in 1895 and who is the cousin of Greta’s grand grand mother.

From the Wikipedia page:
Based on information from his colleague Arvid Högbom, Arrhenius was the first person to predict that emissions of carbon dioxide from the burning of fossil fuels and other combustion processes were large enough to cause global warming. In his calculation Arrhenius included the feedback from changes in water vapor as well as latitudinal effects, but he omitted clouds, convection of heat upward in the atmosphere, and other essential factors. His work is currently seen less as an accurate quantification of global warming than as the first demonstration that increases in atmospheric CO2 will cause global warming, everything else being equal.

Who is behind #fridaysforfuture?

Follow the money on #fridaysforfuture movement and you’ll find a guy named Frithiof Finkbeiner, who is a member of the Club Of Rome (Rockefeller) and The German Marshall Plan Foundation.
https://www.clubofrome.org/member/frithjof-finkbeiner/
and who founded the Plant-for-the-Planet Foundation ‘to empower children and youth.’
His outlets are funding and helping all kinds of operations involving young people being scared of climate change.

The operation that controls Greta is called ‘We Don’t Have Time’ and it’s CEO is Rentz Hog https://www.linkedin.com/in/rentzhog/
‘We Don’t Have Time’ is obviously a Swedish climate change propaganda outlet, that is coincidentally also aiming to get rich by trading ... wait for it ... CO2 emission certificates.
(Honestly... You can’t make this shit up!)

Also worth mentioning is that the list of board members and investors of this operation includes several investment bankers, the CEO of Maestro payment services and several former employees for Microsoft and Al Gore.

Now for the mind control / brainwashing aspect of the Greta Thunberg phenomenon:

David J Phillips https://www.davidjpphillips.com/ is also involved and a consulting member of ‘We Don’t Have Time’.
Phillips claims to have developed a speech technique based on brain science that allegedly triggers hormones (mainly oxitocin https://en.wikipedia.org/wiki/Oxytocin) in the listeners brain when listening to a speech that is held using this technique and resulting in artificial feelings of euphoria and the feeling of social bonding and generosity. . One could easily assume that Greta has received some training in this specific technique and is using it on the #fridaysforfuture kids who are, compared to adults, even more susceptible to mood changing propaganda techniques as the ones developed by Phillips.

So Greta Thunberg is managed and coached/programmed by some dubious brain scientist and a ‘foundation’ (corporation) that is set up to trade with CO2 emission certificates.
Go figure!

Sea levels are not rising. CO2 is only 0,038% in total in our earth’s atmosphere of which nature produces 96%. So do the math on how much impact your retarded idea of a carbon foot print has!

It’s all a huge perfect example of Hegelian dialectic, the elites weapon of choice when it comes to governing the herd: pushing fear of some bogus fully controlled threat until the herd is begging governments to enslave them just a little bit more by installing the legal framework based on falsified facts and fear mongering to then control your life, your future and every tiny aspect of it.

It truly is the rise of an eco fascist one world government.

Svante Thunberg is an actor, known for Skärgårdsdoktorn (1997). He has been married to Malena Ernman since 2004. They have two children.

Malena Ernman was born on November 4, 1970 in Uppsala, Uppsala län, Sweden as Sara Magdalena Ernman. She is an actress, known for The Hunter(2011), Die Fledermaus (2003) and Molanders(2013). She has been married to Svante Thunbergsince 2004. They have two children.

Businessman, PR chief and green activist Ingmar Rentzhog passed by and posted her image on his Facebook page.

The story was picked up by a local paper, went viral and a global movement was born.

An investigation by Standpoint magazine claimed Ingmar did not stumble on Greta’s protest by accident but had been tipped off the week before by a climate activist.

Another case of propaganda on the masses who will never research.  They just throw BS and see what sticks. 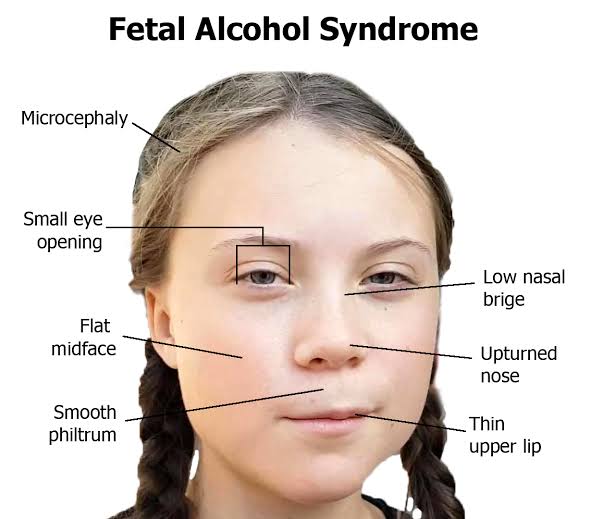 FAS ? - could that be whats wrong with her.

I wonder What it is that these mind controllers have on the parents of this child that would cause them to even allow her to behave in such an outrageous manner. It must be money or guilt - or both.

Chris of the family Masters posted blog posts
15 minutes ago