Who the Hell is in Charge? 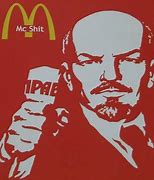 Wake up and Ask Yourself What’s Going on in America?

What are some of the unbelievable events that shocked this nation over the past few months and have led to the downfall of the greatest republic the world has ever known? History teaches us what happens when governments go lawless and actually enable a social breakdown. Throughout the past we have seen tyrannical regimes use all finds of clandestine operations to bring about fear and control over the masses in order to gain power. From the theft of the 2020 Presidential Election to the 40 Executive orders signed within days of Joe Biden’s inauguration we have seen nothing but Machiavellian events designed to intimidate and deceive the American people. Even today as several states conduct voter fraud investigations and are uncovering massive evidence we have state officials who are stalling and even refusing to provide documents that have been subpoenaed by the law in order to unveil the cover-ups. The rioting that went on in major Democrat run cities during the summer before the elections with ANTIFA and BLM well-funded, well organized, as police were instructed to allow violence or allow rioters to gain the upper hand as Democrats like Ilhan Omar, who married her brother in order to attain US Citizenship and now advocates for defunding police, is a typical example of the lawlessness Democrats use. Why it is allowed is another question all together when the courts refuse to enforce the law due to politics. 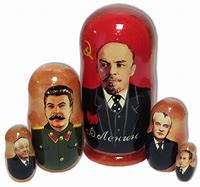 As in any Communist takeover, the media is always complicit and the US mainstream media has done its job in favor of the Democrats, hiding their law breaking, refusing to report Democrat criminality while softening their questions to an obviously incompetent President Biden or asking pre-scripted questions to make this controversial administration look much better than they deserve as they create one crisis after another. Never before has government ineptitude and ideological policy been allowed to shatter normalcy and threaten national security the way the Democrats have. As if Lenin and Stalin have reincarnated into the idiocy of actions by people like Chuck Schumer, Nancy Pelosi, or Bernie Sanders, these politicians who function completely off lies instead of the truth. 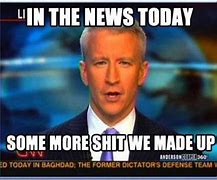 America faces an undeclared invasion from 150 countries with those carrying diseases, escaped from prison, sex trafficking, drug smuggling, breaking our laws, and now those poor immigrants who are just looking for opportunity have begun firing shots from across the border and attacking US National Guardsmen throwing rocks. As the media ignores reporting the incriminating content on Hunter Biden’s laptop, they make excuses for the largest invasion of illegal immigrants ever in US history as the administration refuses to enforce federal law and protect the borders of our country! Where does it all end? Tearing down the system via government

The goals of those behind Joe Biden and their evil social engineering agenda are to create havoc, put a strain on the system of transportation, food distribution, and law and order. Just as in the rest of the world where massive illegal immigration forced societies in the EU to endure violence, hardship, and the resulting lawlessness, the Biden White House has brought that to America! Bring those from socialist regimes to America and who are they going to vote for once the federal government legalizes their status? Pay illegal aliens, provide them with shelter, medicine, and food, and who are they going to vote for? Allow lawbreakers out of jail through George Soros backed prosecutors all over the country, and who are they going to support? Social engineering attained through promoted chaos!

However, much like in Venezuela, a new government has emerged in direct conflict with its own Constitution, no longer dedicated to Americans, we now have a White House dedicated to illegal aliens, no matter what stress it puts on the economy, state resources, or law and order. Illegal aliens transported all over the country at taxpayer’s expense, higher taxation, more government surveillance of the citizens as illegal immigrants enter the country unvetted, unidentified, and not even required to wear masks or get checked for diseases as Americans are threatened with vaccine mandates of the loss of their jobs! What kind of insanity it this? 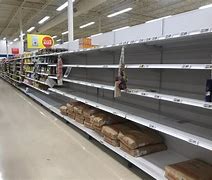 Who the hell is really in charge?

Now the frightening specter of food and supply shortages has been ignited by a White House that it’s almost impossible to distinguish incompetence from intentional disruption! However, one thing is for certain, all of this is targeted toward a common goal, and that it taking down America or at the very least, reducing this nation to the level of a third world banana republic with a perpetually corrupt government that only serves to remain in power no matter how much blood needs to be spilled, how much fake news it takes to convince the fools, or how much starvation it takes to quell the opposition!

Future? Is there a future?

What’s the worst part in all this? A public that has not yet had enough. A public unwilling to get off their couches and save this Constitutional Republic before the iron fist of Communism snuffs out the light of freedom in this land forever! The America people have been much too apathetic for too long, and this is how a lot of this lawless circus of leftist fueled anarchy has managed to make such great strides in feeding the lies of Communism to those that should have known better! What will be the final epitaph of America? Will it be that finally the “Swamp” the hidden “Powers that Be” were headed off and defeated once they made their bold power grab, or will it be that a once great nation fell into the hands of fools because too many chose not to save their own country? Chris of the family Masters In 1776 the Continental Congress drafted the Declaration of Independence putting King George and his government on notice that America considered itself to be a free nation state and not a colony of England. In 1781 we finally won the War of Independence. What particular act or event caused the US Constitution to be invalid? Remember President Andrew Jackson threw out the European Central Bank and the US had its own currency and banking system untl 1913.

The constitution ceased to apply in 1781. Now the organized crime syndicates run rampant over the people, who in most cases don't even know who they are. You have criminals in charge, don't expect to be treated any other way. Learn to write liability notices and use the conditional acceptance format in any communication with the criminal pirates.

"More proof this is all a plan and is not government incompetence."
1 hour ago

"He knew it just like so many others and now we know. But how can we use this knowledge in a…"
1 hour ago

Less Prone left a comment for David Mehew
"Welcome aboard."
2 hours ago

lynda lee call is now a member of 12160 Social Network
2 hours ago
Welcome Them!

Less Prone replied to Parrhesia's discussion Ukranian Neo-Nazi Gloats Over Brutally Killed "Traitors"
"This is sick. Humanity at its worst."
2 hours ago

"Camps in all the major progressive shitholes across the nation.  Wonder which progressive city…"
3 hours ago

"Certainly, if the shot is strategically placed, they will never commit crime again.  I…"
3 hours ago

Parrhesia commented on tjdavis's blog post Food Production Incidents Map
"I don't know where this one happened, but it apparently was listed as a chemical fire."
3 hours ago

Less Prone commented on tjdavis's blog post Food Production Incidents Map
"The map shows over half of the cases in the US and none in S.E. Asia China India etc. This…"
5 hours ago