World ~ Here's What Israel Thinks Of You

Our race is the master race. We Jews are divine Gods on this planet. We
are as different from the inferior races as they are from insects. In
fact, compared to our race, other races are beasts and animals, cattle
at best. Other races are considered as human excrement. Our destiny is
to rule over the inferior races. Our earthly kingdom will be ruled by
our leader with a rod of iron. The masses will lick our feet and serve
us as our slaves.

Israeli Prime Minister Menachem Begin (1977-1983)
In a speech to the Knesset (Israeli Parliament)
Quoted by Amnon Kapeliouk in his essay "Begin And The Beasts"
in the New Statesman, June 25th, 1982 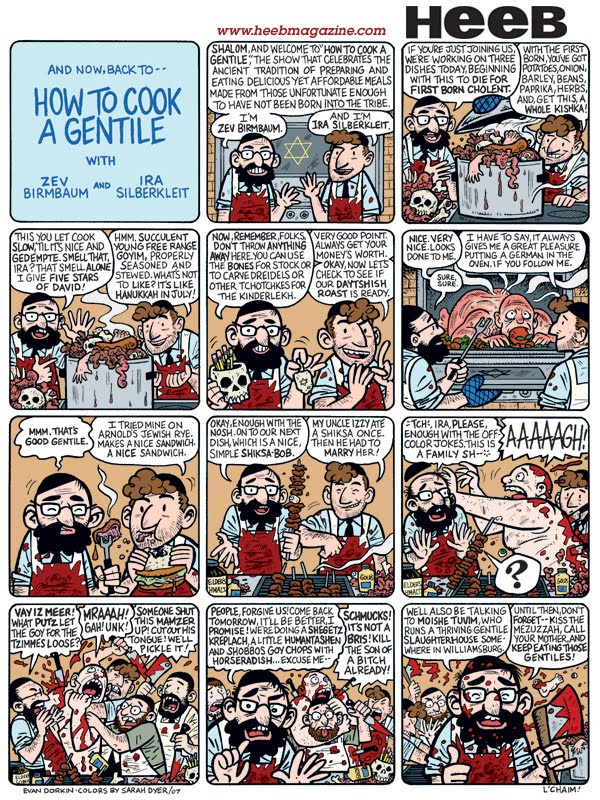 Comment by fireguy on May 31, 2010 at 3:36pm
That is because they are waiting to worship the Anti-Christ as their Messiah.

Parrhesia replied to Less Prone's discussion Candace Owens Drops New Trailer For ‘The Greatest Lie Ever Told: George Floyd And The Rise Of BLM’
"I did not mean it as a put down to Candance Owens at all.  Fight one lie at a time and this is…"
35 minutes ago

Less Prone replied to Less Prone's discussion Candace Owens Drops New Trailer For ‘The Greatest Lie Ever Told: George Floyd And The Rise Of BLM’
"You are right, there are bigger lies - a lot bigger. However, it is good that Candance, as a black…"
42 minutes ago

Bob of the Family Renner posted blog posts
54 minutes ago