You are now living under the tyranny you deserve

You are now living under the tyranny you deserve, for you said nothing when the Big Tech censors came for the truth-tellers who warned you this would happen 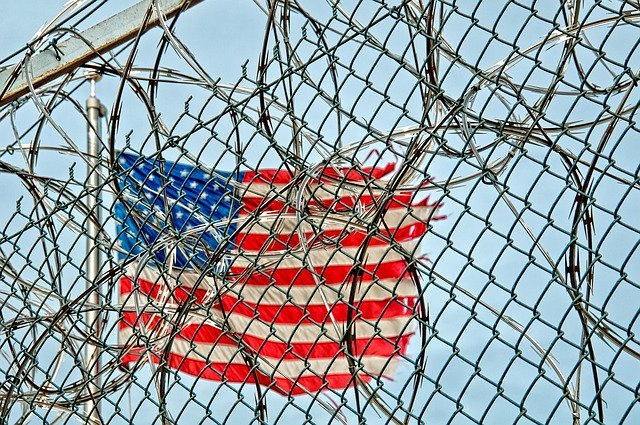 This article is not directed at our regular readers, but rather the oblivious, brainwashed masses who are now living under the tyranny they helped create. By failing to speak out against the coordinated, malicious censorship carried out by the communist-infiltrated tech giants, these people allowed our world to plunge into the very darkness and mass death that will soon destroy their own lives. All in the name of obedience, conformity and virtue signaling…

You are now living under the tyranny you deserve. For the last four years, as truth-telling websites like Natural News were smeared, de-platformed and silenced, you said nothing. You were more interested in your Starbucks lattes, your inflated stock market shares, and virtue signaling your obedience to pop culture than defending the right of people to tell the truth.

You let the world’s “facts” be determined by the most evil, communist-infiltrated techno-fascists imaginable: Google, Wikipedia, YouTube, Facebook, Twitter and many more. You said nothing as they silenced independent publishers who told the truth about natural cures, herbal remedies and the dangers of biological weapons research (which we desperately warned the world about in 2012). As long as YOU weren’t banned, that was the most important priority in your mind, and you rapidly self-censored your own speech to make sure you could continue to earn ad revenue on YouTube by complying with their “community guidelines” that outlawed truth and reason.

The reason you are stuck in an apartment in a high-density city, beating your head against the wall while your stock market portfolio vanishes with each passing day is because you thought it was more important to be obedient than free. You went along with the hyperventilating, screaming masses as they demanded the de-platforming of Natural News, InfoWars and an endless list of independent media organizations, claiming your “fact checkers” had a divine monopoly on facts (even though they were mostly funded by interested linked back to Big Pharma).

In doing that, you managed to ban all the most important voices that warned about the dangers of biological weapons research while trying to promote nutrition, anti-viral herbs and natural health knowledge that could right now be saving many thousands of lives… except for that fact that none of that information can be found anymore on the mainstream internet, since all the best sites have been shadowbanned or de-platformed.

You didn’t speak out against that. Instead, you altered your own speech to come into “compliance” with the censors, and you stopped sharing links to the banned sites, for fear of being banned yourself for promoting banned speech. In other words, you became became your own jailer for your pathetic mental prison.

You did that because you are a coward. You have no ethics, no morals, no courage and no principles. You helped build the very prison in which you now find yourself, and you can’t find a way out because you’ve never had a thought that was implanted into your consciousness by someone else.

Instead of supporting diversity of thought, you demanded obedient conformity to a tiny set of twisted, fraudulent ideas, claiming the world would be a better place if “non-popular” content was systematically erased from the internet so that all the remaining voices would be in agreement. You called it “consensus” and explained that “fringe” voices were dangerous to society. So you supported Google and the tech giants carrying out a form of online ethnic cleansing, to rid the internet of information you didn’t want to see, since it opposed your own twisted worldview that was wholly derived from conformity with popular delusions rather than diverse, independent thinking.

These milksop sum bitches begged for a lock down from nanny gubberment, the thought of these gutless fkn cowards breathing the same air as me makes me sick to my very core.

We have been enslaved by slick talking hustlers without a shot being fired, indoctrinated to obey without question, dumbed down to be unable to think, allowed our children to be turned against us while they were taught every filthy perversion under the sun.

Divide and conquer has worked on our entire country/world and I am tired of the blank eyes staring back at me from family and friends when they are shown proof of this world wide conspiracy as they would rather cower in fear of chicken little bedtime stories.

The ghost of a knock on your door To visit you was never supposed to be such a chore Now you ask,…See More
14 hours ago
0 Comments 0 Favorites