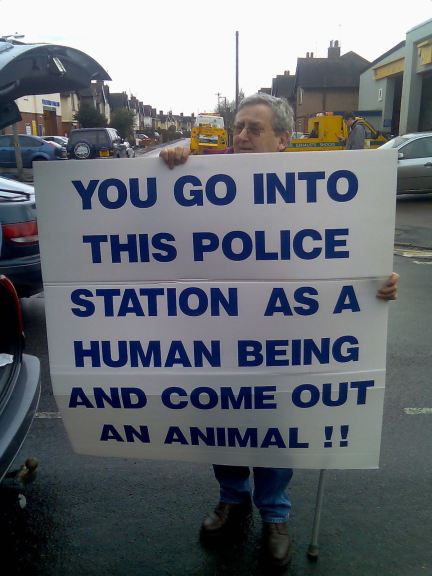 Don’t believe the quotes “What happens in Vegas, stays in Vegas” or “We only kill our own.” “Coincidental deaths” due to alleged accidents, suicides, or even manufactured suspected foul play, unfortunately exists in our community whereby the LVMPD is complicit.
The only way for corruption to exist in our police department is for our upper police administration to tolerate and condone it. That is the cold hard truth and is not disputed by anyone. One of the more important questions is, how far down from the top does it extend?
Actual police work is performed by street police officers and not by police management or administrative personnel. As much as the television may try to convince you that upper police management personnel are the real brains and technicians in solving crimes, it just isn’t true — in fact, it is quite the opposite.
Over my thirty-nine years in the law enforcement service, I would notice how upper police management used to come down from their high perches and contact the real cops in person after being contacted by their high-priced political friends. We were ordered to give special priority and use extra resources to solve their friends’ criminal problem. “Favor for Favor” in the corrupted political world is what it is all about.
I have had direct knowledge with the way this works on several occasions. Working as a senior Detective in the Robbery/Homicide bureau for almost sixteen years, I have received calls directly from the Sheriff, including his staff, down to my immediate supervisor, to drop whatever I was working on, and divert my complete attention to the present political/criminal problem at hand.
In retrospect, I now believe that some of those Political/Criminal incidents were originally manufactured by our own people (Upper Police Management), and then given to the Police Investigative Services Division in order to legitimize and document the incident, which in turn would eventually fail to come to a proper resolution, along with any real truthful closure to cover it up.
Case in point: In 2008, I was handed a Bomb case directly from Lt. C. Nichols, who was in charge of the Robbery Section at the time. I was previously the top Bomb Investigator, but due to recent policy changes, the investigation of all Bomb threat-type incidents and detonations went to the newly formed Bomb Squad, funded by Homeland Security within the LVMPD, and the Feds, and was taken completely over from the Robbery Section.
The case involved a Bomb detonation at the Purple Sage tattoo parlor. I informed Lt. Nichols that it was now against LVMPD policy for me to investigate Bombings or Bomb threats any further as per policy. Lt. Nichols then directly ordered me to take charge of this particular investigation immediately.
I arrived at the scene at the Purple Sage tattoo parlor and noticed that the Federal Bureau of Alcohol, Tobacco, Firearms and Explosives was there, The FBI was there, The LVMPD Intelligence Section was there, The LVMPD Bomb Squad was there, The Clark County Fire Department was there, and their own Bomb Squad was there.
I was the last one to arrive and I now was supposedly in charge of the entire investigation. Needless to say, pretty much all of the evidence had been trampled on, removed, sorted through, or confiscated, including the internal camera video, from the destroyed (burned out) tattoo parlor building.
I somehow felt that I really didn’t belong there at that scene, as I was ignored mostly by all the other investigators. I subsequently learned that there was another bombing incident at the Luxor parking lot that killed someone, which had occurred 45 minutes prior to the Purple Sage bombing incident. I figured there is a possibility that these two bombings were connected in some way.
I went over to the Luxor and contacted a Homicide Detective to get the details of that bombing murder. The Homicide Detective showed me a “MapQuest” printout that was found at his scene, with the name of one of the Intelligence Detectives on it. The printout showed the location of the Purple Sage Tattoo parlor with a date and time stamped several hours before the bombs were detonated.
Several questions now emerged for which that somebody knew this was going to happen, and how did this printout of the Purple Sage Tattoo parlor show up at the Luxor incident? I requested the Homicide Detective to send me a copy of that MapQuest printout. (I never got it.)
Weeks went by; I finally got the video from inside the Purple Sage Tattoo parlor from the Intelligence Detective for my review. My investigation was proceeding very well in that I had learned from other sources that the LVMPD Intelligence section previously knew all about the Tattoo Parlor and other tattoo parlors owned by the Hells Angels, which were involved in Drug Trafficking and Bombings. My investigation was proceeding smoothly and I was preparing documents for a Communication Intercept, and maybe an undercover sting operation. My case file was now rather extensive and hundreds of hours of investigative work was already completed.
Suddenly, out of nowhere, Lt. Nichols approached me at my desk, and ordered me to immediately drop my bombing investigation and to consider that my investigation never ever happened in the first place. No other explanation was given.
On or just before November 7, 2010, before returning from vacation, my police desk was ransacked by then Sgt. James Tom Melton, now Lt. James Tom Melton, whereby all of my criminal cases (open and closed) were stolen, manipulated, or destroyed, including the Purple Sage Investigation, which by then showed the LVMPD to be collectively complicit in some of these criminal cases; to be involved in at least two murders and numerous other coverups of wrongdoings by LVMPD personnel.
“Truth never has to be apologized for.” Remember to Keep your Faith, Keep your Gun, and they can Keep their Change. In God We Trust

Gordon Martines is a former LVMPD detective who has served in many capacities over his 39-year career in law enforcement. He was a candidate for sheriff in 2002, 2006, 2010 and 2014, with the intention of bringing integrity and accountability back to the department, and filed a federal lawsuit against LVMPD in 2011. Martines has appeared on “Face The Tribune” radio show several times and is currently the host of “Open Mic” on Tuesdays andThursday at 11:00 a.m. He contributes his opinions and ideas to the Las Vegas Tribune to keep the public informed and help improve policing in Las Vegas.  Gordon Martines can be contacted via email at coper71@hotmail.com.

Reminder, anyone can start a group here, it is a web site within a web site. Yours do to with as you see fit.

Make it publicly viewable or private, it can be open to all members, or invite whom you want.

The tools are here, make this site what you like.

And its free, courtesy of donations and our one sponsor.

Seems a reply to the one guy who supported your thoughts missed btw AI.

Now I will give you an apology AI, my filter lost years ago, and hope you and us all can go forward positively towards some common goals here.

If anyone is frustrated its me too, I share your pain truly

Aha! A conspiracy within the conspiracy forum. Reveal the name of your controller so it will no longer be just a theory! Unless it can't be proven, in that case it must remain a theory.

Calling this site, and it's members by proxy "controlled op" was received equally.

boris, your opinion of me is well received. Keep up the good work. I'll do my best not to be an "individual with opinion" you disagree with. I don't do Facebook so I my be out of the 'PC' loop. I'll work on that. Appreciate the personal insults..., Not embarrassed.

re It appears I posted this yesterday
the comment you deleted answered this
bumped back to the top, ...as if new to be exact.
I find it useful and hoped it be seen again, mmmk?

re- this site is doing controlled opposition
1st time I heard that, lol
That's a lie AI! Dems use same technique , you should be embarrassed
This site a social network, like fb, individuals with opinions. Not a private blog, ya dig?
Your great info is featured here, yet combined with your whines has done nothing to change the direction of this site. Everybody gets a voice, sorry it doesnt echo yours enough.

Comment by Chris of the family Masters on January 20, 2019 at 4:01pm
Anti Everything, I feel your pain. I've got the same problem. Check my posts, many are about solutions. How to lawfully stand up to the oppressors. I think you've touched on a big problem. Not many want to know or oppose the system and yet, this is the way to fix everything. It's always a number game.

Boris, did not mean to delete your comment, failure to install glasses is the culprit. That said, yes, I am anti everything that post the same shit over and over and over, etc., With little or no positive healthy beneficial articles to 'feed on', just the same helpless hopeless crap. It is obvious to me this site is doing controlled opposition labor keeping people angry, frustrated, helpless, hopeless, and living in a low slow vibration of fear. Let's move the fuck on to solutions and start talking to smarter people that need not be constantly reminded.

It appears I posted this yesterday. Very queer. I have posted very little of late. Besides, how in the hell is this NEW INFORMATION?