Antifa Shoots a Cop in Atlanta; After the Police Respond and Kill a Thug, Antifa Groups Call for a "Night of Rage" and Violent Retaliation Against the Police

Four have been charged with domestic terrorism in the shootout with...

Antifa staged violent protests (do they do any other kind?) to block the construction of a police facility in Atlanta. When cops attempted to clear them out, they opened fire, seriously wounding a cop. The cops returned fire and killed an antifa thug.

All of these people will be out on bail faster than any January 6th grandmother arrested for "parading."

Four militants have been arrested and charged with domestic terrorism following a deadly shootout with law enforcement at their "autonomous zone" in a wooded area south of Atlanta.

On Wednesday morning, the Georgia Bureau of Investigation and other law enforcement agencies conducted a raid on the so-called autonomous zone at the site of the future Atlanta Public Safety Training Center. Since June 2021, Antifa and other far-left extremists from across the US have occupied the area to prevent the construction of what they call a "cop city." The GBI says a Georgia State Patrol trooper was shot and severely injured during Wednesday's raid by a man camped in the area. Officers returned fire and killed the gunman, who allegedly used a pistol.

Georgia's Department of Public Safety will not name the injured patrol trooper, saying it would "compromise security against criminal or terroristic acts due to retaliation," but told local media he was in the ICU after having emergency surgery. The deceased gunman was named by a propaganda media group for the forest autonomous zone as Manuel "Tortuguita" Teran. The GBI would not confirm the man's legal name pending next of kin notification. 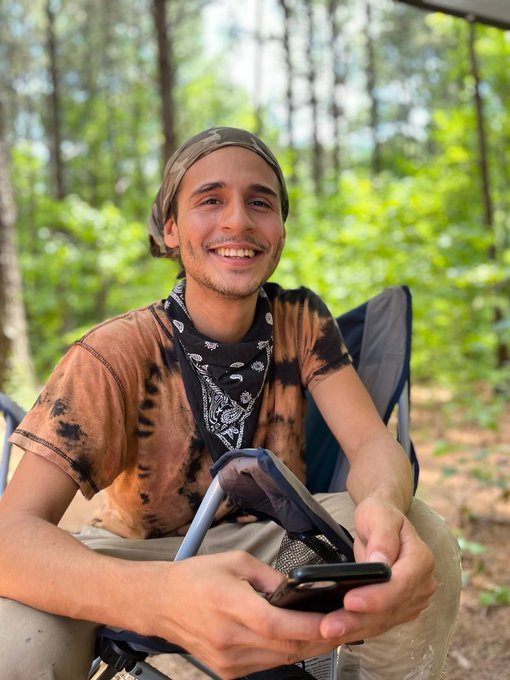 Of course they/it does. Antifa is lousy with they/its.

And pedophiles. Half of antifa is registered child molesters.

No wonder the Democrat Party protects them.

"... please make sure we are remembering them properly and respectfully," announced the Atlanta Community Press Collective in their statement revealing the shooter's identity.

Following the shooting, the GBI and its law enforcement partners continued to clear the autonomous zone and several arrests were made of suspects--all of whom are from out of state.

Remember, Christopher Wray insists they are a "loosely-associated" group, not a national terrorist organization.

Filler Distro tweeted a call for "retaliation" against police with further instructions from extremist account "Scenes from the Atlanta Forest." .The now-suspended account, which posts blogs from writers at the autonomous zone, wrote: "Consider this a call for reciprocal violence to be done to the police and their allies. On Friday, January 20th, wherever you are, you are invited to participate in a night of rage in order to honor the memory of our fallen comrade." The post was shared hundreds of times before the account was suspended.

Antifa groups around the country -- remember, this isn't a national...

Radical Antifa-associated leftists are calling for retaliation after one of their grunts was killed in an incident with police, near the "Cop City" occupying grounds where the Atlanta Police Department Training Facility is set to be built.

"Consider this a call for reciprocal violence to be done to the police and their allies. On Friday, January 20th, wherever you are, you are invited to participate in a night of rage in order to honor the memory of our fallen comrade," the Scenes from the Atlanta Forest Twitter account tweeted.

Joe Biden continues refusing to condemn antifa, and Christopher Wray continues refusing to call them a major domestic violence threat. Wray gives Biden the excuse for that by claiming that antifa isn't an organization but just a "loosely-associated ideological cluster" or whatever bullshit he uses to protect them.

Two points: 1, "white supremacists" and "right-wing domestic terrorist groups" are obviously not "centrally controlled movements" and yet the FBI has made them public enemy number one. Why is that antifa must be tightly centrally controlled for the FBI to take seriously as a domestic threat, while it does not impose this restriction on the Democrats' favorite bugaboo groups?

2, it sure looks like antifa is more centrally organized than the criminal Wray admits: (My comments. Antifa in several cities have called for vengeance - Pittsburgh, Florida Cell, Seattle, I think California based on their posts.)

Doc Vega commented on Doc Vega's blog post For Those Who Fight Evil
"Ha ha Good One cheeki! "
8 hours ago