CAUCUS INVOCATION: Thank God we live in a country free of oppression? 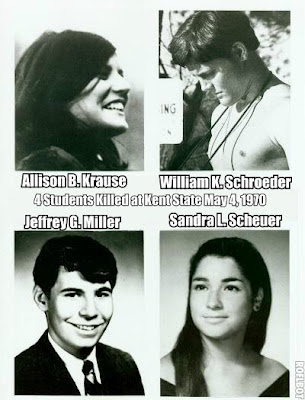 This just past Saturday (3/10/2012) this author attended the Wright County MN BPU Convention in Buffalo Minnesota. (In a previous article, this author exhorted: Why you must attend your Caucus this year! http://bit.ly/AyRuGRaka walking the walk)

Among the items of business on the Agenda was an Invocation at about 9:30am.

As the author listened to the invocation, I heard words to this effect:

“Thank God we live in a country free of oppression.”

And this author found himself taking exception to this statement. It is not this author’s life experience that citizens of this country are free of oppression, suppression nor repression.

As the meeting continued, this author thought to himself, seeking just to go along to get along, perhaps the person giving the invocation has not been exposed to the oppression, suppression and repression that is America.

Perhaps the person who gave the invocation was merely thinking about the recent violence in Syria, Egypt, Libya and the long running oppression in North Korea. Or even China’s Tiananmen Square Tragic expression of Tyranny…

Trying to give the benefit of the doubt, the author postulated that perhaps the person who gave the invocation, was not familiar with the various kinds of oppression, suppression and repression.

But as hard as this author tried to let the statement go, something kept clawing at him to not let this misstatement stand unchallenged.

And so, in the early afternoon, this author privately asked the chair of the convention for 5 minutes as a point of personal privilege (Look it up in Robert’s Rules http://bit.ly/yjCYqc) for 5 minutes to address the misstatement.

This request was summarily denied. The Chair stating that oppression was a matter of opinion. But this author appealed to the parliamentarian who ruled, “A point of personal privilege is always in order”

With that, this author stepped to the nearest mike and did address the floor. However, this author does not think he did the point justice. But given the circumstances, this author did the best he could extemporaneously.
And, therefore, this would like to take this opportunity to put my thoughts on the alleged “lack of oppression in America” to writing. So here goes.

Oppression, Suppression and Repression comes in all forms, shapes and sizes. Many think of oppression coming at the point of a gun. While that ultimately is true in all circumstances, most suppression in America is presented in such a way so as to not cause WE THE PEOPLE to think our government is bad or evil. At least not as bad or evil as WE THE PEOPLE think due to the propaganda, media bias and indoctrination regarding Oppression in Countries such as Russia (Stalin’s Purge), China (Tiananmen Square), Iraq (Hussein’s Rape Squads), and the current situation in Syria.

WE THE PEOPLE, the rank and file citizens of America like to believe the fairytales about Oppression that we were indoctrinated with in Public School, and which are later supplemented with by a compliant, duplicitous and corruption enabling major media.

This author remembers how happy, secure in his person and superior he felt in the aftermath of his indoctrination in the public schools. Superior in the knowledge that our Country’s Government was honest and trustworthy unlike all the other Government in the world, especially the Communists. Happy and Secure in my person that my government, unlike other government in the world, made decisions based on the best interests of its citizens… Ah… ignorance is most assuredly bliss.

In a peremptory attempt to ward of a public lynching, this author again states that our government, is still the best form of government in the world, despite its current issues. But WE THE PEOPLE would be remiss to not weld ourselves to the truth rather than the fiction of what our government is and isn’t.

Our current elected officials have just stopped obeying Natural Law, the Constitution, the Bill of Rights and common sense. And with that peremptory attempt to reduce the possibility of this author’s spontaneous lynching out of the way, here goes:

The associated video speaks for itself. 4 students at Kent State were gunned down for exercising their Constitutional Rights to protest the War.
THE PROPOSED NDAA

This bill calls for American citizens who commit “belligerent acts” to be imprisoned indefinitely.....

Continue reading for free here: INVOCATION: Thank God we live in a country free of oppression?

Please join with me in mutually pledging to each other and our fellow citizens our lives, our fortunes and our sacred honor to our mutual endeavors of restoring liberty and economic opportunity to WE THE PEOPLE as our Founding Fathers envisioned and intended. [Last

Permalink Reply by Vida Smith Compton on April 8, 2012 at 7:28pm
Thank you Don Mashak , I have to think about the OPPRESSION part of your intro........ mainly because my back ground was that of a depressed nature in the 50ks and 60's when I grow up! I was poor and didn't live in any place that I ever felt OPPRESSED, except watching the TV news.....more less shelter, just went to school, went to church, and evacuated from hurricanes on the Gulf Coast of Texas.......As for now I feel much more OPPRESSED from my Constitutional Rights ,Freedoms and Liberties that I did back then, The depressed situation of lifes ups and downs are many more downs that ups ,but I have solice with the GREATEST of ALL COMFORTERS , GOD and HIS SON CHRIST JESUS and what a more fitting day that today to reply to your post than today.......We're gonna make it Don , with Our Faith and prayers and the will to do GOD's will, as he sees fit! WE ARE GONNA MAKE IT THROUGH THE ULTIMATE DEFEAT OF OBAMA AND THE PROGRESSIVE ,LIBERAL, MAXCIST LEFT OF THE DEMOCRATIC NATIONAL COMMUNIST PARTY OF OUR REPUBLIC AS IT WAS MEANT TO BE WHEN THE PILGRAMS LANDED HERE ON THE MAYFLOWER.....WE HAVE GONE TO FAR ,THIS SEE SAW IS GONNA TETTER TOTTER IN THE WAY OF EQUALITY AS YOU EARN IT, ..........IF THE FED HAD OF BEEN AUDITED 30 YRS AGO LIKE RON PAUL SUGGESTED , WE ALL WOULD HAVE BEEN ALOT BETTER OFF,FOR SURE....