Dr. Kimberly Quinlan Lindsey, a top official with the Centers for Disease Control and Prevention (CDC) has been arrested and charged with two counts of child molestation and one count of bestiality.
Dr. Lindsey, who joined the CDC in 1999, is currently the deputy director for the Laboratory Science Policy and Practice Program Office. She’s second in command of the program office.
Prior to that role, she was the senior health scientist in the Office of Public Health Preparedness and Response, an office that oversees the allocation process for $1.5 billion in terrorism preparedness.
According to CNN: 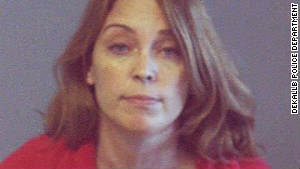 Dr. Kimberly Quinlan Lindsey has been with the Centers for Disease Control for 12 years.
“
Atlanta (CNN) – An official with the Centers for Disease Control and Prevention has been arrested and charged with two counts of child molestation and one count of bestiality, police said.
Police arrested Dr. Kimberly Quinlan Lindsey, 44, in DeKalb County, Georgia, on Sunday.
Authorities also charged Lindsey’s live-in boyfriend, Thomas Joseph Westerman, 42, with two counts of child molestation.
The two are accused of “immoral and indecent” sexual acts involving a 6-year-old, according to information from DeKalb County Magistrate Court and an arrest warrant.
The bestiality charge says Lindsey “did unlawfully perform or submit to any sexual act with an animal.”
The alleged incidents took place between January 1, 2010, and August 22, 2011.
Westerman is out of jail on bail; Lindsey remains in jail with bail set at $20,000, said Lt. Pam Kunz of the DeKalb County Police Department. 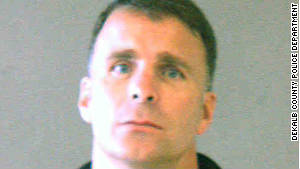 Thomas Joseph Westerman, Lindsey’s live-in boyfriend, was arrested for counts of child molestation.
Neither has made a public statement. Westerman did not immediately return a call from CNN.
Both went to court on Sunday for an initial appearance and have a preliminary hearing scheduled for December 1, said Reggie Silverman, deputy clerk with DeKalb Magistrate Court.
Lindsey is the deputy director for the Laboratory Science Policy and Practice Program Office at the CDC, according to her biography on the agency’s website.
Prior to her current role, Lindsey was the senior health scientist in the Office of Public Health Preparedness and Response. That office oversees the allocation process for $1.5 billion in terrorism preparedness.
In her 12 years at the CDC, Lindsey has received 12 awards for outstanding performance on projects and programs, according to her bio on Emory University’s Biological and Biomedical Sciences website. Lindsey earned her doctorate in immunology and molecular pathogenesis from the university in 1998, a year before she began work at the CDC.
A LinkedIn Web page for a Thomas Westerman lists him as having been a watch officer at the CDC from November 2009 to November 2010 and a resource management specialist since August 2011.
CDC spokesman Tom Skinner said the agency is aware of the case but cannot comment on personnel issues.
Dr. Lindsey Played Primary Role in Bogus Swine Flu Propaganda Campaign
As you may recall, the 2009 H1N1 swine flu pandemic turned out to be a complete sham, with a fast-tracked and particularly dangerous vaccine being pushed as the sole remedy. Children and pregnant women were the primary targets of this dangerous vaccine. The H1N1 flu was a perfect example of how the CDC can brazenly distort reality, and often ignore and deny the dangerous and life-threatening side effects of their solution. As a result of this bogus propaganda campaign, thousands of people were harmed (and many died) worldwide.
In August, it was revealed that the 2009 H1N1 influenza vaccine increased the risk for narcolepsy—a very rare and devastating sleeping disorder—in Swedish children and adolescents by 660 percent.
Finland also noticed a dramatic increase in narcolepsy following vaccination with Pandemrix. There, an interim report issued in January of this year found that the H1N1 vaccine increased the risk of narcolepsy by 900 percent in children and adolescents below the age of 19. In the US, the H1N1 flu vaccine was statistically linked with abnormally high rates of miscarriage and stillbirths. As reported by Steven Rubin on the NVIC’s blog, the US H1N1 flu vaccine was SIXTY timesmore likely to be reported to VAERS to be associated with miscarriage than previous seasonal flu vaccines.
The only “winners” in this game were the pharmaceutical companies that received millions of dollars for this never-proven-effective and highly reactive vaccine, while being sheltered by our government from liability for any harm it caused.
Dr. Lindsey played an important role in that campaign, which ended in tragedy for countless many—not from a killer flu (statistically, the 2009 H1N1 flu was MILDER than usual) but from the dangerous and expensive “remedy” to this oversold non-threat.
All of that said, I do want to stress that Dr. Lindsey has not yet been found guilty, and there are still many unanswered questions relating to this case. But this is not the only shocking story raising questions about the ethics of those involved in creating the CDC’s health recommendations.
The CDC’s Stance on Water Fluoridation—Another Misleading Recommendation
Take water fluoridation for example.
Documents released under the Freedom of Information Act show that since the 1970′s, the dental health professionals in the Centers for Disease Control (CDC) have had sole control over the agency’s stance supporting water fluoridation.
The CDC is part of a larger administrative structure that provides intra-agency support and resource sharing for health issues that require the input from more than one area of expertise. Other offices that share information and expertise with the CDC include the National Center for Chronic Disease Prevention and Health Promotion, Office of Minority Health and Health Equity, and the Agency for Toxic Substances. The general assumption has been that the agency used a broad range of expert input to evaluate fluoride before reaching the decision to support water fluoridation.

This is not new news...This originally made headlines a few years back....

who gives a shit if its new???

1st 10 characters of the story should tip ya off ;)

Actually, at this point, her now-husband has been cleared, and it looks as though it's a vendetta by his ex-wife against her.

Of course, this is misleadingly presented as new news for the purpose of supporting the author's conspiracy theories.

Sure, police investigation is "a conspiracy" .. therefore these "conspiracy theorists" are wrong :(

I have some bad news for readers of this article. This pedophilia/bestiality/satanic ritual business has been cosponsored by the Rothschild owned Associated Press and The Council on Foreign Relations. It is part of the ongoing effort to destroy the U.S., which has been going on for about 240 years. Satanism AND Christianity together form The Church of England and Vatican land grabbing catholicism The CIA *s director has always been a member of The Knights of Malta, sick bigoted fools to a man.

You are absolutely correct on all points!  This is not new - this is part of the NWO Agenda.

at first I thought this was a joke, then I read "said Lt. Pam Kunz" LMAO

But seriously theres no difference between these people and same sex deviants wanting to marry, how long before this unacceptable behavior becomes acceptable, one day we will see judges in this country ruling, child fiddling is OK, whats wrong with an adult loving a child, it's no ones business what consenting individuals do in there bedroom.

there are groups on line pushing to make this legal.

There may be something in Christians / Muslims are being persecuted. Sure the zionist communists persecuted the Church. I did not put much emphasis on those facts before, but when accepting these people used to be Paganists fighting Christians and Muslims it makes sense (and the strange history of Knights Templar). Skeptics = the same people, very hostile.

What surprised ME in the story is that she had the CHILD do things to her.  From the headline, I thought it was the other way 'round.

Perhaps these people (Dr. Kimberly Quinlan Lindsey & Thomas Joseph Westerman) have been grossly, and adversely affected, by the many vaccines and, other government 'fast tracked' big pharma meds.

Its a sad day, when you seriously consider who the 'powers that be' really are, and the things (this) that they do, and or may be doing, that we seldom hear about.

Too many distraction tactics happening in the MSM news everyday too.

"I guess we'll have the climate change then and get it Over with. Loser."
4 hours ago

"But some people won't listen and just carry on. My family friends were shopping there when the…"
5 hours ago