This is a long read but very intriguing... let me know what you think of this one.

Also check out this ww2 photo of daddy Bush in the center, see the entity on the right side of his face. 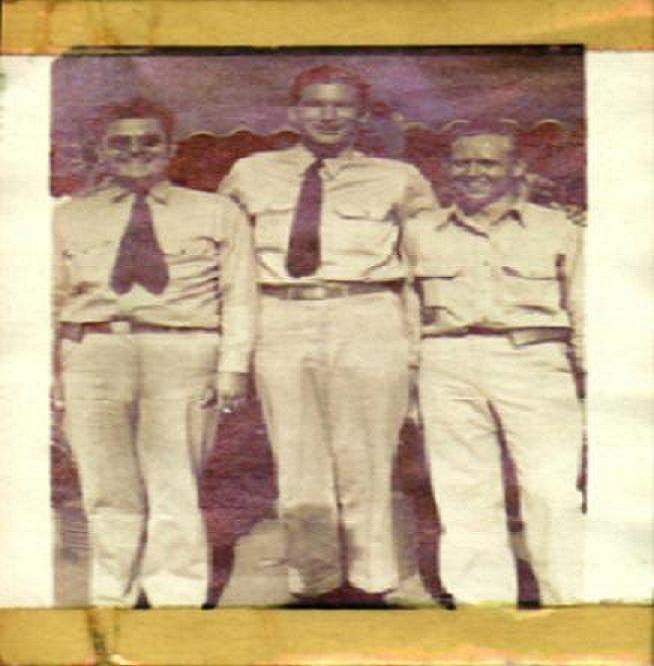 cannot tell exactly what it is...

Here's a link to that photo with more pics:

Friends and acquaintances of Nikola Tesla recall him complaining about Scherff’s son, George, Jr., always snooping around Tesla’s lab. On more than one occasion (probably during the late 1930s), Tesla caught the 14-year old Scherff looking at his notes, poring through his books, and stealing small items from his lab. Tesla gave him the nickname, “Curious George” and likened him to a “mischievous monkey.” According to Skorzeny, (Adolph Hitler’s former bodyguard) in a deathbed confession to Eric “Orion” (Eric Berman) in S. Miami, Florida, Tesla, “hated the younger Scherff.” In fact, according to Skorzeny, the “Curious George” book and movie were inspired by Tesla’ s suggestion.

Curiously, the day before the national theatrical release of the Hollywood production of the Curious George feature length film, Alan Shalleck, the originator of Curious George (and the man in the Yellow hat), was found murdered under a pile of plastic garbage bags in his driveway in Florida at age 76. [13]

And here's another link with lots of pics called The Revelations of Otto Skorzeny:

Permalink Reply by Vida Smith Compton on July 4, 2012 at 11:09pm
Well, Tommy! I read the whole dadgum arrival for the lady 45 mins...It all sounds to familiar to me because in some of my research I have come a cross something of those layer references to GHWBush. And a couple of the earlier ones im the research of the Vostitution and how we became a Corporation that evolved as a Republic to begin with... Never thought it went back that gor with GHW Bush..... Live and learn...thanks for the post.
..

"We got used to hear this, over and over again. NOTHING BURGER, with no beef, no bun, no cheese, no…"
6 hours ago

rlionhearted_3 favorited Chris of the family Masters's blog post Why Depopulation? Because of Another, Different Agenda....
19 hours ago

"Surely a coincidence?"
19 hours ago