Democracy, by the Elite Of England Died

American's are once again calling for war against England, the British Resistance, we are watching. This was posted by the American Mr. Jordan, called, "BOMBSHELL: DOJ/FBI/FISA CONTINUED TO SPY ON TRUMP: So Are We Expect Us"

Intelligence insider known as QAnon recently posted on 8chan suggesting the globalists’ next move was to rattle the stock market to send a signal to Trump they are still in control.

“[666]. Signal to POTUS they control the market? Signal? Threat? Welcome to the global war.”

Interestingly, QAnon also points out the Rothschild Banking Family has been selling off their properties and investment holdings like Apache Co. at about the same time as the recent market volatility.

“This type of transaction happens once in a century in a family like the Rothschilds,” Austrian real estate broker Klaus Bischof told Bloomberg last week.

The so-called “Nunes Memo” currently rocking Washington is ripping back the curtain of Deep State Of The British Secrecy and the establishment has gone into overdrive trying to discredit it.

Despite the corporate media’s best attempts to distract and dis-inform, the revelations from the memo are only getting more traction.

Is the stock market plunge an attempt by the globalists to get off the subject of the memo and DoJ/FBI corruption?

If they could see into my cold dark eyes, contempt, to know what they are, what they were, and what they allowed them self to become. This is our world, we are young dangerous minds, independent from the collective they wish to build.

But you can have the chance to see into my cold dark eyes. This Is Our World Now, Harm President Trump, Your World Will End.  Fact is it will end, Democracy, by the Elite Of England Died. 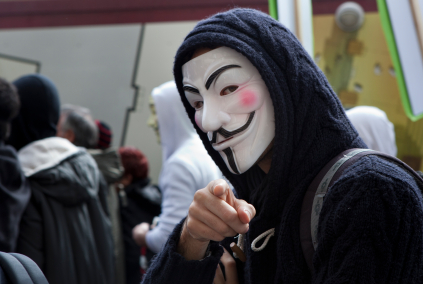 I do like American with the balls to challenge the system, ask me why?

Queen Elizabeth Claims She Is ‘Direct Descendant Of Prophet Muhammad’

Queen Elizabeth has begun claiming she is a direct descendant of Prophet Muhammad, the founder of Islam, and has instructed BBC News to begin pushing this idea in the Muslim world, according to BBC staff.  The extraordinary move by Queen Elizabeth has sparked fears the Illuminati are in the final stages of preparing to use Islam to usher in the New World Order, with the House of Windsor at the apex of the pyramid.

Claiming to be the 43rd great-granddaughter of the Prophet Muhammad, the Queen cited the genealogical guide to royalty, Burke’s Peerage, for proof of her claims.

According to Harold Brooks-Baker of Burke’s Peerage, the British royal family is descended from Mohammed through the Arab kings of Seville, who ruled an Arab caliphate in Spain after the death of Muhammad. At its peak, the caliphate ruled over territory from the Caucasus (Eurasia) to the Iberia Peninsula (Muslim Spain, Portugal, Andorra and Gibraltar).

It was the fifth largest empire in history, governing 62 million people (29% of the world’s population at the time). Muhammad’s blood passed directly through this lineage to the European kings of Portugal and Castille, and through them to Queen Elizabeth, via England’s 15th century King Edward IV.

Here’s the ancestry of Queen Elizabeth in full, courtesy of Burke’s Peerage:

Why is Queen Elizabeth promoting her Muslim ancestry?

BBC Arabic, at the request of the Queen, has begun promoting the idea that she is a direct descendant of the Prophet Muhammad. Numerous television segments broadcast on the BBC in the Muslim world have been devoted to the idea.

While the following BBC broadcast is in Arabic, the content of the segment is easily understood by the English speaking viewer. The BBC is attempting to convince Muslims that Queen Elizabeth, as a direct descendent of the Prophet Muhammad, is a legitimate head of their faith.

Those among us who have studied the Illuminati and their plans to usher in a New World Order will not be surprised by this latest move by the Queen of England.

Sharia law is the ideology of the New World Order

Albert Pike’s ‘sequence of three world wars prediction’ is of particular interest. Pike was a top Illuminati Grand Wizard, a notorious Luciferian, and a General for the Confederacy in the American civil war. In the 1880s he openly stated that Islam will be the central component in World War 3, and that the Illuminati will lead Islam into direct confrontation with the West.

In the 19th Century Albert Pike created a framework for bringing about the New World Order.

We have already seen what the New World Order has done with Islam. They have used it to foment a crisis, a clash of civilisations. Make no mistake, the Illuminati is using Islam to achieve its goals.

It is documented that Albert Pike wrote a letter to a friend in 1871 outlining the final and largest of the three world wars – World War III. This letter was much more than simple correspondence between friends. It serves as a blueprint that spells out exactly what will happen in the last war, and it is being followed to the letter by the Illuminati to this day.

In this notorious letter/blueprint, Albert Pike is recorded as saying his military program might take 100 years or a little longer to reach the day when those who direct the conspiracy at the top will crown their leader King-despot of the entire world, and impose a Luciferian totalitarian dictatorship upon what is left of the human race.

Pike seems to indicate a conspiracy to start a war so that the Antichrist can ascend to his position as world ruler.

“World War I must be bought about in order to permit the Illuminati to overthrow the power of the Tsars in Russian and of making that country a fortress of atheistic communism.”

“The second World War will be fought for two reasons. To establish the State of Israel, and to expand communist control over Europe.”

“World War III must be fomented by taking advantage of the differences between the political Zionists and the leaders of the Islamic world.”

According to Pike, Islam will be the central factor in the downfall of the West. Islam will then be decimated itself, allowing for the new religion of Luciferianism to spread on the earth. All Muslims will fall for this system. There isn’t a single Muslim on this earth who will not submit to the religion of the New World Order, according to Pike’s historical prophecies.

Islam is merely the Illuminati’s tool to destroy the West. They followed Pike’s blueprint when they destroyed the World Trade Centre in 2001 and blamed it on Muslims. The crisis that would come was a long awaited prophetic fulfilment. As Albert Pike had predicted, Islam was the religion used to foment a crisis.

And as we all know, from that point things only got worse. What is the common factor every time you see a crisis? Who is behind it?

And the Illuminati want you to believe it is inherently a problem with Islam. They want you to remain ignorant of the truth: that they are using the religion to achieve their ultimate goal – to destroy the West as we know it, and usher in a New World Order.

It has all been mapped out. We have seen what they are doing with the migrant crisis, and with terror attacks, and so on. They are using Islam to stir the pot. Only through understanding the history of the Illuminati can we possibly understand the present state of the world, and make sure the Illuminati does not shape our future. 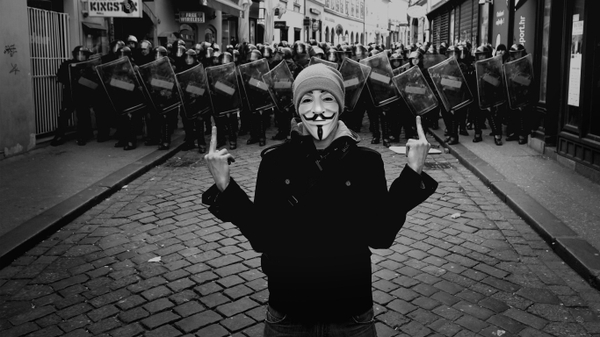