Genetic Engineering and the GMO Industry: Corporate Hijacking of Food and Agriculture

“I recognized my two selves: a crusading idealist and a cold, granitic believer in the law of the jungle” – Edgar Monsanto Queeny, Monsanto chairman, 1943-63, “The Spirit of Enterprise”, 1934.

When rich companies with politically-connected lobbyists and seats on government-appointed bodies bend policies for their own ends, we are in serious trouble. It is then that our democratic institutions become hijacked and our choices, freedoms and rights are destroyed. Corporate interests have too often used their dubious ‘science’, lobbyists, political connections and presence within the heart of governments, in conjunction with their public relations machines, to subvert democratic machinery for their own benefit. Once their power has been established, anyone who questions them or who stands in their way can expect a very bumpy ride.

The power and influence of the GMO sector

The revolving door between the private sector and government bodies has been well established. Over the past few years in Britain, the media has occasionally shed light on the cosy and highly questionable links between the armaments industry and top people in the Ministry of Defence. In the US, many senior figures from the Genetically Modified Organisms (GMOs) industry, especially Monsanto, have moved with ease to take up positions with the Food and Drug Administration. Author and researcher William F Engdahl writes about a similar influence in Europe, noting the links between the GMO sector within the European Food Safety Authority. He states that over half of the scientists involved in the GMO panel which positively reviewed the Monsanto’s study for GMO maize in 2009, leading to its EU-wide authorisation, had links with the biotech industry.

Now the push for genetic engineering when it comes to medicine. Which leads me to question whether upon acceptance of this controversial topic will the person accepting genetic treatments lose some basic rights in the process? Just a question to consider. Could this lead to patented humans? Made by Monsanto, perhaps the last thing made in America???? 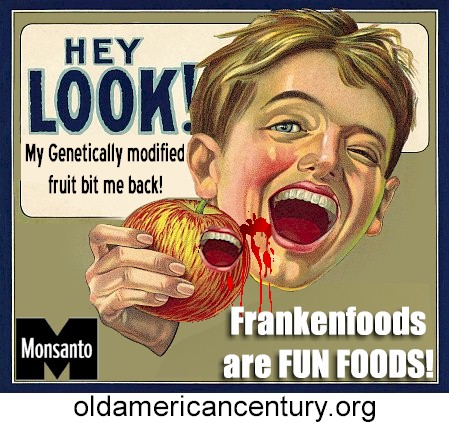 With so much news of losses and gains Across the Ukraine - Russia Warzone, it is necessary to look at the real situation at an individual level. Avdiivka is...
1 hour ago
0 Comments 0 Favorites

tjdavis favorited cheeki kea's blog post Declassified CIA paper says we can sync our brainwaves to the electromagnetic frequency that surrounds the earth.
10 hours ago

Parrhesia favorited cheeki kea's blog post Declassified CIA paper says we can sync our brainwaves to the electromagnetic frequency that surrounds the earth.
14 hours ago

Declassified CIA paper says we can sync our brainwaves to the electromagnetic frequency that surrounds the earth.

"wow the invisible Sentimental vibrational energy apparatus of Knowledge has been launched. - And it…"
22 hours ago