We wrestle not with flesh and blood but with Spiritual wickedness and people in Power in high places.  Michael Jackson was taken as a boy and puppeteered /created to show blind people how to disobey God's Words and they could be like him by receiving the gift the Devil promised to all who do evil.

Hollywood and the music industry are filled with sin and sexual immorality making them all slaves to sin.

The Sting of death is Sin.
Michael Jackson Reagan

https://www.google.ca/search?num=10&hl=en&site=imghp&tb...
See the proof here of Reagan's involvement in Mind control at the highest levels and they all worship death. 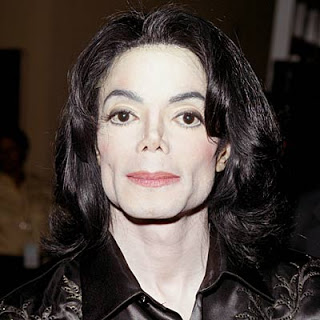 Michael Jackson was mind controlled to become the literal image of Death which is the Devil. Death worshippers killed Jesus in a place called Golgotha, that is to say, a place of a Scull.

1 Corinthians 15:26 The last enemy that shall be destroyed is death.
Reagan and MK Ultra Projects

If Reagan created Michael Jackson then Herbert Walker Bush created Obama !
That's how it is done!

Illuminati in training are not finding bad guys or Gal's through this war on drugs operations they are helping to creating Mind control Victims through it = Fear Think water boarding .

Think the Cop have sex with the young girl on the hood of his cop car is a victim of Mind control and an innocent man. How to get rid of a good cop/Rat = mind control 101!

They can even control peoples dreams both sides of the dream can be controlled by the Hell's Angels 303 division of the U.S. Military and they always have been. 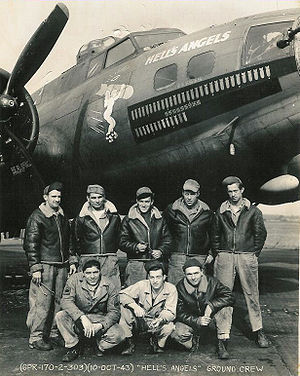 33 degrees to masonry and 303 in numerology breaks down to 33. They are all masons worshipping the fake Jesus/Death/Lucifer.

The Masons at the bottom will think they found bad people when they are shown the dreams but they are the ones written in scripture as deceiving and being deceived themselves. The Hell's Angels control the entire dream.

Adam and Eve had sticks and stones for testing we have mind control powers of Witchcraft for testing. The first shall be last and the last shall be first in heaven!

When I Lawrence Harmen was forced to sell drugs through mind control (Written in Transformation of America they make us sell drugs not willingly) I found a way out of it by calling on God and telling on the undercover cop who was setting me up and drugging me continuously weakening my mind and body so I could be controlled. I did it by calling Crime Stoppers here in Edmonton and I was set free from selling drugs only for the devils to set up and try again but I called on God and broke free from sin again and today I live in a tent Keeping up www.abbaswatchman.com While I live in it. They are pissed I will not do wickedness at their words .

These wicked mind controlled illuminati think they are all little god's . They are all Mind chipped Transhumanist devils puppets.

They like sinning and they found a Jesus they can worship that tells them they can Sin = Lucifer/Death the Sun god posing as Jesus.

When I was being puppeteered to do sexually immoral activity I finally found a way out of it by calling on Jesus. There is no other way under heaven to get free from sin/Death but to repent of these evils the devils can make us do and call on Jesus to help us change our ways. Life is a test. Pass or fail we must escape Sins By repentance. There is no other road to freedom but through Jesus Christ.

The problem with Michael Jackson was he was fearful

Revelation 21:8 But the fearful, and unbelieving, and the abominable,

and murderers, and whoremongers, and sorcerers, and idolaters,

and all liars, shall have their part in the lake which burneth with

fire and brimstone: which is the second death.

to embrace fear and trained to be great liars!

Mind control works through fear (water Boarding) and they

never received the love of our Lord because the devils blocked their paths right from birth.

1 John 4:18 There is no fear in love; but perfect love casteth out fear:

because fear hath torment. He that feareth is not made perfect in love.

Watch the Video and know Michael Jackson was tormented by devils through his fear.

Michael Jackson became the image of his god = Death/Devil.

any means possible that they are in traps like Brittany Spears

and Anna Nicole Smith by cutting their hair off.

mind controlled again. She is still a sex slave

daughter Colleen Fitzpatrick. I wish I could get them and my children

destruction to set us free. Perfect love for God casts out fear.

I am unafraid and that is what has set me free - Lharmen.

tried to kill me more than once. But My faith in Jesus has

protected me from it for 11 years now!

Permalink Reply by Central Scrutinizer on January 7, 2013 at 8:45pm

ol Mikey is probably lookin' closer to pic #2 there now days ;) Sure wish that guy? would have stayed black, Jackson 5 was the ones that got me started (age 7) into wanting to play sumfin, 70's soul is the shizzinit ;)

Permalink Reply by Central Scrutinizer on January 8, 2013 at 5:38pm

Thank you I have added it to the main body with more proof of why he failed to suceed in getting free like I did.

Jesus loves you keep fighting for the truth!

Jesus spirit is the truth the Life and the Way to God! No-one gets to the father God but through his son Jesus = the truth.

Thank you again I truly apreciate it.

Thanks Lawrence!  Very interesting!  I have to say I dont know a lot about mind control (as it applies today), other than studying MK Ultra films, etc.  I am a believer, without a doubt.

Thanks Tina.
I am a Victim of Mind control projects MK Ultra.
My Family are Illuminati and My Father is behind it as God warned us those of our own Family would be our worst Foe.
My relative David Harmen and Michael Smith have a grip on me here in Edmonton and have destroyed my life all the way down to a tent in the bushes but God has save me from the many attempts on my life as shown in the video above with Michael Jackson how masons mind controlled him. They either control us of Kill us and that's my life to a "T" My World news page shows my law suits and my solid proof my family and Michael Smith were behind Allen Menart's releasing of the Echo-star course codes that did multi Billions of dollars damage to the global satellite industry and they took control of their own investigation and cause they other satellite industries to wait and see and when all was done nothing happen even though one billion dollar law suit had been filed both side were on on the crime and so by design it went no where. I had dealing with both side and proof on this page of that.
As you can see here.
http://www.abbaswatchman.com/multi_billion_dollar_crime_again.htm
They are intercepting my Email and have all but shut down my Donations in a bid to shut me up but 10 years later and I am still fighting them.
Right now today Michael Smith here in the Library has put a Virus on my computer and today I can not access my web server. He has a remote installed on my computer and had recently 2 times dumped my work by moving my mouse to no when I went for yes to save in Front-page.
They do this here in the Library when they help on any screen they move the mouse in the same fashion. and 3 Sundays ago it came up Agent Smith in the user Name as he was typing . It has been him for the past 10 years now.
Mind control is real and the cop having sex with the little Girl in the dress on the cop car was done to me in a hotel room with a girl in a dress 19 years ago . See Secrets of the C.I.A. and Mind control on UTube it was T.D. they used on me as I fell off the bed laughing and a highly euphoric state of Mind clearly not high on Pots = They drugged me.
He is a victim of Mind control and not a bad cop but one like myself that ratted on someone.

It is best done by a family Member.

Wow!  That is just wild.  But I guess they want it to be that way. Be safe. Saying a prayer for you.

"The worst thing Finland is not prepared to is the devastation by their own government. It's an…"
2 hours ago

I take you through the DEVASTATED Illich metal plant, the second largest metal plant in Ukraine (behind Asovstal). The plant was a holding Azov and Ukrainian...
4 hours ago
0 Comments 2 Favorites

Parrhesia replied to Parrhesia's discussion Zelensky: Only diplomacy can end Ukraine war
"In summary:  The Ukrainian government, who did not honor the Minsk Agreements for over eight…"
5 hours ago