Is 'Friending' in Your Future? Better Pay Your Taxes First

Tax deadbeats are finding someone actually reads their MySpace and Facebook postings: the taxman.

In Minnesota, authorities were able to levy back taxes on the wages of a long-sought tax evader after he announced on MySpace that he would be returning to his home town to work as a real-estate broker and gave his employer's name. The state collected several thousand dollars, the full amount due. 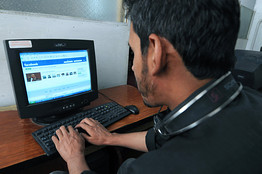 Meanwhile, agents in Nebraska collected $2,000 from a deejay after he advertised on his MySpace page that he would be working at a big public party.

In California, which has recently been so strapped for revenue it has had to pay some bills with IOUs, agents are also using social Web sites. When one delinquent was identified as a rigger of sails, a curious collection agent searched his name and the term online and found a discussion board used by local riggers. In one thread someone asked where the rigger was because his store had closed, and a reply was posted, "Oh, he moved across the bay." The agent found the man and collected a four-figure sum.

An Internal Revenue Service spokesman declined to say whether its agents use social-networking sites to pursue delinquent taxes or assist audits.

Searches for tax dodgers typically begin with examinations of bank, employment, tax, and motor-vehicle records. "These new supplements are often far more efficient than the older ones, such as reading the local newspaper or making inquiries at barbershops and church meetings," said Jim Eads, director of the Federation of Tax Administrators.

Now, when a tax dodger can't be found, said Nebraska tax official Steven Schroeder, agents often turn to Google. One agent collected $30,000 of unpaid tax from a resident after a Google search found him listed as a high-ranking local marketing rep for a national firm. If a Google online search isn't productive, agents use the social sites or chat rooms in a last-chance hunt for their quarries.

There are limits to what state agents can do on the Web. In Nebraska, agents are only allowed to use information that is publicly available online. So, MySpace -- owned by News Corp., publisher of The Wall Street Journal -- tends to work best because its users often post more public information than do those of sites like Facebook, Mr. Schroeder said. The default settings for adults on MySpace create a public profile, while the default settings on Facebook create a profile only viewable by an approved list of friends.

"Agents are not allowed to 'friend' someone using false information," Mr. Schroeder said. The same ethics rules hold in California, according to a spokesman for the state's Franchise Tax Board.

Not all state tax departments are jumping on the trend. Massachusetts, long known for its aggressive tax collections, said it has "no systematic program" for trawling social media at the moment. According to Mr. Eads of the tax administrators' group, many state tax authorities currently block social sites on workplace computers to prevent employees from spending personal time on them. "They may change their minds," he said.

"Using social media is something we will explore," said Jessica Iverson, a spokesman for the Wisconsin Department of Revenue. A spokesman for Oregon's revenue agency said his state is also "considering it."

Other states are looking for ways use Internet information to enhance not only collections but also audits and negotiations. A Minnesota tax official said that when firms try to negotiate payments by claiming to be strapped for cash, agents always check their Web sites. At the time one tanning business was crying poverty to the state, agents pointed out that its site boasted of supplying all the tans for participants in a big body-building contest.

Less Prone left a comment for Gina Paulin
"Welcome to a revolutionary concept in public communication, the truth. Here the opinion is free."
9 hours ago

Less Prone left a comment for Stew
"Welcome to a revolutionary concept in public communication, the truth. Here the opinion is free."
9 hours ago

Less Prone left a comment for Tim Brown
"Welcome aboard Tim. I hope you find what you are looking for."
9 hours ago

"LP:  Fauci's entire testimony is full of "I don't remembers" and total…"
13 hours ago