For some inexplicable reason I haven't yet gotten any messages celebrating the departure from Earth yesterday of one of the world's most destructive criminals posing as a respectable member of society, the dirtbag known as Senator Ted Kennedy.


Perhaps that is a bit harsh...Forgive me I try not to bash well meaning men...However I would have thought that there would have been dancing in the streets now that the world is safe
from this lying, murdering, philandering, thieving megalomaniac.

Oppppppppps dang it I did it again...Nasty mouth...
Oh well, then let me be the first. Hooray! Bang the drum, blow the shofar, sing a song... At last the criminal Kennedy dynasty has been decapitated and its bloated body left to rot in the fetid swamp of socialism.
Good bye and good riddance...Only wish a few more might join you from the CFR...but life has a way of taking its due course.

When I find something a bit more elegantly phrased than my crude eulogy
I'll be sure to pass it on. In the meantime, celebrate! The world is
just a little bit better place today.
Perhaps two hundred million of us should tell the Illegal tax system to go to hell in celebration.
The fat bastards all of them living of the sweat of the Plebeians/proletarians....
SADLY they themselves fear their own creation.

--
If the American people ever allow private banks to control the issue of their
currency, first by inflation, then by deflation, the banks and corporations
that will grow up around the banks will deprive the people of all property until
their children wake-up homeless on the continent their fathers conquered.
- Thomas Jefferson

Permalink Reply by Marklar on August 26, 2009 at 1:08pm
Say what you will but the man at least tried to warn everybody about mercury laced vaccines.

Permalink Reply by Ya'aKov on August 26, 2009 at 5:53pm
I have had second thought~~~I do remember that One or possibly two of the Clan tried to do something good.Like JFK and that Silver certificate thing But the Fed/Reserv guys just could not let that Go..and Lead was a lot cheaper in the short run...
Since then we are no longer America..we went to the title AmeriKan federal empire. But then Bobby may have tried to finish the job his Brother started. Yet it seems they would not let that happen either...So another round of lead........[FYI did the Security system for the Main guard for B.Kennedy and he told me the real story// they took him off detail four hours before Unexpectedly!!!!. He told me of all the men he protected in his long career That he would have taken the bullet for that man /" I think that states something.

But for the life within me I seem not to remember...T. K. doing much except lobbing us closer to oblivion..I could be wrong. That has happened countless times..So SRY

Maybe we need another President who is willing to take a stand regardless of the cost..I can muse to myself ~ John K. to his wife ~~Honey I am about to take on the biggest lion of all the Fed reserve and they may Kill me for it... Ted was in trouble back when he drove the 1967 Oldsmobile Delmont 8...

Say what you will but the man at least tried to warn everybody about mercury laced vaccines.

Permalink Reply by truth on August 26, 2009 at 7:00pm
I wont miss old teddy either. I was happy to hear every single caller to cspan today say the same. But of course the media is prtraying his passing as a great loss. LOL, burn Teddy burn!

Permalink Reply by diggin'upthedesert! on August 27, 2009 at 3:49pm
Right there with ya!!! Ya' akov......Of course the leftists are already trying to rush through the Health(???)care Bill in his honor.
http://abcnews.go.com/Politics/TedKennedy/story?id=8420408
Yes, indeed, great excuse to really put more "screws" to the America's taxpaying citizens (at least what's left of those with jobs who can still pay) trying to take a STAND AGAINST the more socialist rip-off and gov'ment waste and corruption....ooopppsss!! "stimulus"...yeah that's it....stimulus for the American citizen....HAHAHAHA

Ever try getting through to a government run entity, whether by phone or in person??? And these are the folks who want to be in charge of our health(???) YIKES!!!

"Never let a good tragedy go to waste"
What they are not telling Americans is that most of the treatment Kennedy had wouldn't be available to them under Obamacare because it would be too costly AND Obamacare doesn't cover old people with terminal disease.. 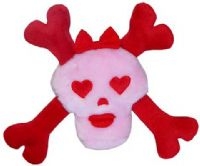 I enjoyed this very much. I was thinking similar thoughts...don't let the door hit you in your fat ass on the way out, you freakin soulless puke from the bowels of Satan's ugly brother. Now, go and tell that poor young Mary Jo, whose body you left there in the car all those years ago you're sorry, because you are one of the many insane, narcissistic, drug addicted pedophiles that have infected our planet for far too long and I hope you suffer for eons for the hurt you've caused. May you never reincarnate, never harm another person, especially the children. I hope they piss on your pitiful grave, you slug!
Well done Ya' Akov!