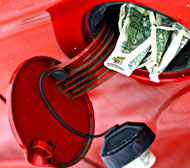 NEW YORK (MainStreet)—Consumers are growing weary of unexpected and unexplained rate hikes in auto insurance, as they face an average premium increase of $153 in 2013, a 35% increase from last year. As a result, customer satisfaction with auto insurance companies has reversed course and declined from an all-time high in 2012, according to a recent J.D. Power 2013 U.S. Auto Insurance Study.

Based on a 1000-point scale, overall satisfaction with auto insurance companies is 794, down 10 points from 2012, but still the second-highest rating since the study began in 2000.

"In 2013, there is a sharp rise in the number of customers who have experienced premium increases," says Jeremy Bowler, senior director of the global insurance practice at J.D. Power. "The dollar amount of those increases is also larger, averaging $153 in 2013, compared with an average rate increase of $113 reported in the 2012 study."