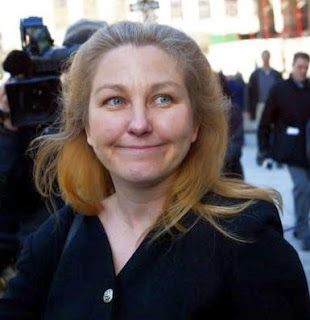 Susan Lindauer, author of Extreme Prejudice, is the first CIA asset to have spoken out, under her own name and for the record, on Israeli complicity in 9/11, the controlled demolition of the World Trade Center, and the specific, detailed foreknowledge of the time, target, and means of the 9/11 attacks held throughout the months prior to 9/11 by the CIA in general and Lindauer's CIA handler, Richard Fuisz, in particular. She has also exposed her first-hand knowledge of pre-war intelligence and negotiations showing that Iraq was willing to give the US "anything it asked" and that the war was therefore--from the perspective of US interests--not only utterly unnecessary, but wildly counterproductive. Lindauer's evidence points strongly to 9/11 being a coup d'etat by hard-line Zionists determined to steer the US into a self-destructive war on Israel's enemies.

Listen to an interview with Susan Lindauer here

For some unknown reason, pages can not be featured. Thanks for the bump

I love this woman because I knew of her 5 year nightmare just after 911. So many more were just murdered. She talks only about what she knows, and lays off speculation. Even if still an asset, then the awakening effect to the children is still worth it.

"He looks like he will be counted as a Republican vote in the upcoming election."
14 hours ago