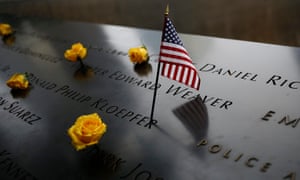 ‘For so many, it’s a lifeline, and that lifeline has just been cut off,’ said John Feal, an advocate for 9/11 responders. Photograph: John Taggart/EPA


Sick first responders and survivors of the 9/11 terrorist attacks will see payments slashed dramatically as the fund to compensate them runs out of money, officials said Friday. 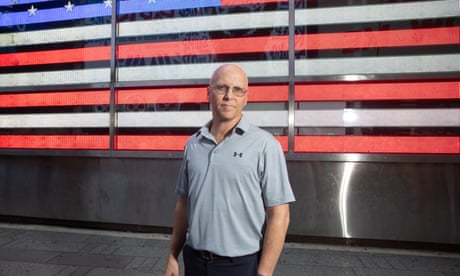 The fund was created to aid people sickened by exposure to toxins at the sites of deadly attacks on the World Trade Center and the Pentagon in 2001, and the families of those who have died.

But the $7.4bn fund is running short on cash so it will cut future payments at least in half, its administrator announced Friday. Payments to survivors who have already applied will be cut by 50%. For those who file after 2 February, checks will be slashed by 70%.

“This is devastating,” said John Feal, a leading advocate for 9/11 responders. “For so many it’s a lifeline, and that lifeline has just been cut off.”

Thousands of people have fallen ill after breathing air thick with smoke from the collapse of the World Trade Center. Close to 10,000 people in New York have been diagnosed with cancer linked to the attack.

Congress voted in 2011 to open the September 11th Victim Compensation Fund for first responders and survivors sickened by the attack.

The fund’s special master, Rupa Bhattacharyya, on Friday acknowledged the “unfairness” of the drastic cuts.

People eligible for the money include firefighters and police officers who rushed to Ground Zero after the attacks, volunteers in the recovery effort and people who lived, worked and went to school in lower Manhattan.

The fund is low on cash because more and more people have died of their illnesses, resulting in claims from their families. In addition, more people have requested compensation after being diagnosed with cancer, and residents and workers from the neighborhood have filed in increasing numbers.

“The only thing these people did wrong was believe the EPA when they said the air is safe. They were lied to by our government. Then they were promised this compensation, and now the rug is being pulled out from underneath them,” said attorney Michael Barasch, who represents many 9/11 illness victims.

To reverse the cuts and pay out all claims in full, the fund would need about $12bn in total. New York senator Kirsten Gillibrand said Friday she will reintroduce legislation to provide that money and make the fund permanent. “We cannot turn our backs on these heroes,” she said.

Doc Vega commented on Doc Vega's blog post For Those Who Fight Evil
"Ha ha Good One cheeki! "
22 hours ago