Discussion and teaching of survival skills, weapons and strategies for living in the wild. Also, alternative energy, farm and garden, and healthy living.

I have come to chew bubblegum and kickass

and I am all out of bubblegum. 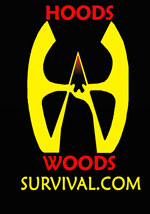 Hunted: how to disappear without trace

Hunted: how to disappear without trace(…Continue

How To Make A Wood Gas Stove

Materials Needed:1 Large Can (should be a short but fat aluminum can ranging from 22-28ozcan)1 Small Can (a typical Cambells soup can would do, they are slightly tall and skinny around 15oz can)1 Heavy Duty Scissors (or anything that could cut…Continue

I’m not sure how the early settlers along the Oregon Trail or the western frontier  got along without duct tape, WD-40 or trash bags, but life surely would have been easier with them!Trash  bags, in particular, are included in all my survival kits.…Continue

Survival Basicsby russ kolkmanWhether you are out on a short day hike, canoeing, riding your ATV, hunting white tail or making a short flight; survival situations happen, and they can happen…Continue

The Most Important Question Survivalists Can Ask Themselves

This article was contributed by Dan and Sheila at SurvivingSurvivalism.comHere it is – Why Are You Trying to Survive? With the news being what it is, the world has now come to the point at which a…Continue

A simple A frame Shelter to keep the rain and snow off of you.

ABOUT | Edible City The Movieediblecitythemovie.com/about/Edible City, a 60 minute documentary film, tells the stories of the pioneers who are digging their hands into the dirt, working to…Continue

Tags: digging, their, are, who, of

TOTAL COLLAPSECan you Survive!We must all face the true facts of life and know we are never truly prepared to survive a total collapse  in the United States. Unless your wading in greenback there is no way you could afford everything to assist your…Continue

You need to be a member of Escape, Evade, Survive. to add comments! 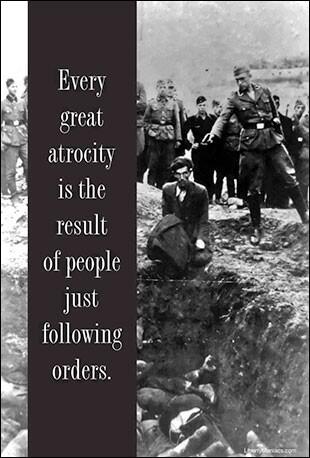 Find ways to do the same things you do now, but with the utilities turned off and cold weather only a few months away. Some of the things you do now will be impossible to do under that circumstance. Evaluate these carefully and if they are still necessary, get moving on an alternative.

Gear up with ONLY the things you will actually use. Divide your preps into two sets: bug in and bug out and keep in mind that any gear set aside for bugging out will be available if you bug-in, but bug-in gear will not be available if you have to bug-out.

For one example: You can probably store a fair amount of water if you are bugging-in, but bugging-out calls for techniques to make water potable on an as-needed basis since it is too heavy to carry much of. Barrels to catch rain water and a sand filter to purify it will may work just fine when bugging in, but have no place in a bug-out bag. Two different situations, two different answers. Can you use the bug-out filter at home? Yes, but you may still have to bug out ... so get that sand filter rocking because it will provide greater volume with less effort and time and it doesn't rely on store-bought (and potentially impossible to obtain) filter media ... just some rocks and some sand.

Skill up. Learn CPR, wilderness medicine, and how to eat in the wild (forage, hunt, trap, fish, snare, and yes, steal -preferably using stealth rather than force). When you are hunting for survival, a suppressed .22 rifle maybe be of more use than any other caliber. The .22 is for when you just want to get something to eat and have the chance to eat it in peace. Anything else is for when you are actively fighting for your life. You'll want to avoid that if at all possible because the probability you will eventually make a fatal mistake is roughly 100%.

Toughen up. Start by walking wherever possible and parking in the furthest spot if a place is too far to walk to. If you have a CCL, carry. You need to get used to that weight and 'feel' and the best way to do so is to carry all the time. Carry an empty backpack with you and use it as your "grocery cart" when leaving the store. Don't worry about who sees you and scoffs ... you won't be seeing them again after the SHTF unless they are begging for help. At that time, you'll be holding all the chips and can charge them whatever you want for a 'yes' (gals ... that should sound an alarm bell!) and enforce 'no'.

Do a few push ups every day until you can crank out a bunch. Then start putting your backpack on and doing them with weight in the pack.

As regards weight in the pack ... gradually build that up until you have about 50% more weight in the pack than you intend on carrying when bugging out. One easy way is to load the backpack to bug out, then slip a kettle bell or two in the top. You may have to carry weight for other family members ... or just your own BOB while injured. If you pass a corpse along the way, you may also wish to add their weapons, ammunition, warm clothing or food to your own. They won't be needing them any more. Build yourself up until you have a reserve of strength beyond what you expect to need. Don't kid yourself ... you'll need the reserve, too.

And most of all: never stop asking yourself "What more can I do to prepare?" and then do it.

Learn the different plants and have seeds to replant the plants you can, using how and where they grow. Like Rattlesnake Green Beans do well in cool & heat, sun & shade.

I agree totally with what you said Larry, 100%. Get your heart right with God and you survive spiritually and knowing that you will loose a lot of fear, which they feed on. They fear death more than the just do, cause physical life is all they have.

With MonSatan, either they are stopped or we will be as a people. All races, colors, creeds, religions... to them it makes no difference. I might also add DOW Chemicals and Synergy, and probably ConAgri too. But Monsanto is the leader of the pack, head of the snake.  They live for greed and power. We live for God, Family, and Country, no matter which country, for ever man is our brother and ever woman is our sister.

My kids would beg to differ with you Larry. :) I am just what I am, not much but it's me.

Anyway, soon here in America we will see if we have a Socialism or Fascism... completely. Either way, those who have prepared with firearms need to see how to see they keep them safe, yet close at hand. The government worries me but not as much as the culls needing money for a fix, or those who will be starving and looking for food. Even this small town I live in burglaries and murder has went off the charts. Already we have plans that if it gets worse and they do like in the 70s to bring the cows back here from the part they're on where we can at least try and protect them. It is headed to becoming very interesting times.

The biggest thing I think is to survive spiritually, then one can attempt to survive physically. I done mine a little backwards, but back then we had time.

Survival, like this thread suggests, is the name of the game. I think though we miss whats real, but I'll explain. I'd not survive in Urban, I have no city type skills. People not from the country, especially in isolated areas wouldn't survive that most likely. Both places demand wisdom, which is what you get just after you need it. Watching videos, reading, studying, that is knowledge. Though good, knowledge demands wisdom and in either place gaining that wisdom could spell doom, both places are unforgiving. All will require teamwork. One person or one thousand people standing up are called targets. One million people are called an Army, totally different. I don't see that many people waking up though. Truth is the first thing that is required to wake up, and it gets harder and harder to find.

Evil can't be outdone with evil. When one chases the beast one must remain aware to not become that which they chase. That lesson came early for me and hard. I say that not as a person who rolls over and plays dead, but as a human who is fallible. One that will break before they bend. If we are to stand we must always stand in the light of truth, and make a stand, however, it must be for all and not for the ones we want. I don't research with a certain anything other than truth, sometimes I like it and sometimes I don't. It is what it is.

We have a sayin here. American by birth. Southern by the Grace of God. God, guns, and butter, we get teased about that a lot. This country was created for people to believe as they wish. I'd be lying if I understood all of other beliefs, but to each their own. Together we stand and divide we fall. We got a lot wrong these days. My priorities line as they way I was taught. God, family, country, friends, somehow they got twisted in this land. Those I will fight and die for if needed, plus the 2nd Amendment.

A tad strange looking but extremely smart, and can give information must of us have little real knowledge of. :)

Night my friend and thank you for the compliment. I've watched this a long time now and I sleep well. I think what we do matters here, but we weren't created for here. I have a small collection here http://www.g-kexoticfarms.com/findings

"Strange they'll bring this in after the Queen had passed on. Actually perhaps it's not…"
3 hours ago

The WEF plan for '15 minute cities' is already rolling out to keep you from driving and leaving a certain radius. Now cities in England and launching these n...
4 hours ago
1 Comment 0 Favorites

Much to the chagrin of the Democrats and the left, Elon Musk, the CEO and new owner of Twitter…See More
15 hours ago
0 Comments 0 Favorites

Watch The Origins of AIDS (2004) Full Documentary on TheGrapevineA documentary about the hypothesis that HIV may have been caused by mass vaccination against...
16 hours ago
1 Comment 2 Favorites