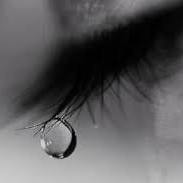 Imagine if one day the power goes out on a nationwide scale, the water stops running and becomes scarce. How will you survive? Start thinking about collecting water from the atmosphere, there is over three quadrillions of it floating around the atmosphere right now. And if you made the mistake of not storing water, this might be your only hope. Here are a few Atmospheric Water Collecting tips!Tree Transpiration Technique:In the morning, dew and humidity is abundant, tie a bag around a leafy…See More
Jul 8, 2019
1 Comment 4 Favorites

Everything has been planned! ►This video was made in collaboration with our partners from London Real Subscribe to their channel here: https://www.youtube.co...
48 minutes ago
0 Comments 0 Favorites

Chris of the family Masters commented on James Roberts's blog post Trump Is Closing the Fed, Issuing Constitutional Money
"I know someone who believes in Trump closing Fed....."
1 hour ago

King Of Cups commented on King Of Cups's blog post Pondering the corona virus trojan horse while sucking back on a corona beer...
""It's Hard To Envision That": Biden Doubts Democratic National Convention Will Go…"
2 hours ago

King Of Cups commented on King Of Cups's blog post Pondering the corona virus trojan horse while sucking back on a corona beer...
"Coronavirus brings a “Bretton Woods Moment” http://infobrics.org/post/30640/ "What…"
2 hours ago

Never, in 21 years in the transportation industry have I seen so many orders for 2-5 pallets of…See More
6 hours ago
0 Comments 1 Favorite

"Incest is illegal lol,wait till they get to jail, don't be expecting flowers after...."
8 hours ago

THE CLEANER's photo was featured