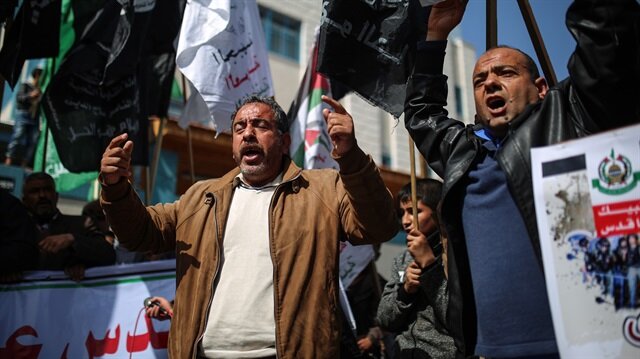 According to Salama Maarouf, a spokesman for Hamas (which remains in de facto control of the Gaza Strip), Facebook blocked roughly 200 Palestinian accounts last year -- and 100 more since the start of 2018 -- “on phony pretexts”.

Speaking at Monday’s demonstration, which was organized by the Journalists Support Committee, a Palestinian NGO, Maarouf described the popular social-media platform as “a major violator of freedom of opinion and expression”.

He went on to assert that some 20 percent of Israeli Facebook accounts “openly incite violence against Palestinians” without facing any threat of closure.

In late 2016, Facebook signed an agreement with Israel’s Justice Ministry in which it promised to “monitor” content on Palestinian accounts.