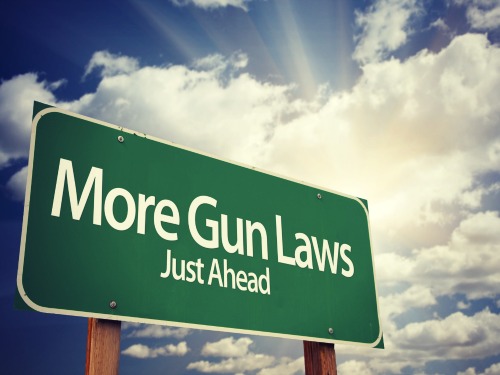 In the wake of the Orlando shooting, the gun control agenda coming out of the government and media is reaching a fever pitch. You’ve heard of how flawed the “no-fly” list is… There are babies and eight-year-olds on that thing. How did they get there? No one is too sure, but it’s all done in a secret process that the people on the list themselves are not privvy to.

Now consider the government extrajudicially canceling people’s 2nd Amendment with a “no-buy” list, as advocated in a recent NYT editorial.

Citing the Orlando terror attack that left 50 dead including the shooter and 53 wounded at a gay nightclub, the piece advocates for a “no-buy” list similar to “no-fly” lists. Under the law, suspected terrorists would not be able to buy a gun. In an attempt to ensure the integrity of the lists and preserve due process, the author proposes people only be added to this no-buy list after a secret court rules they are ineligible, similar to the Foreign Intelligence Surveillance Act court hearings where the federal government obtains permission to wiretap. Under this proposal, an American who has never been convicted of a crime could be denied their right to buy a gun simply because a secret court decided it should be that way.

[Adam Winkler, a U.C.L.A. School of Law professor] argues the secret court is a good idea because the same kind of court is already used for government surveillance, and historically, the U.S. has committed worse rights violations such as Japanese internment camps.

So the logic here is:

Yeah. Okay. Guess that makes sense… not at all.

P.S. – If this kind of propaganda really pisses you off, whatever you do don’t go to the NYT editorial itself and read some of the inane b.s. people are writing in the comments section about “modern interpretations of the 2nd Amendment”. It just might make your head explode…

This plan has been in the works for awhile now (via Truthstream Media, December 2015):

Contributed by Melissa Dykes of The Daily Sheeple.

Melissa Dykes is a writer, researcher, and analyst for The Daily Sheeple and a co-creator of Truthstream Media with Aaron Dykes, a site that offers teleprompter-free, unscripted analysis of The Matrix we find ourselves living in. Melissa also co-founded Nutritional Anarchy with Daisy Luther of The Organic Prepper, a site focused on resistance through food self-sufficiency. Wake the flock up!

They secretly "suspended" the 2nd (and all the rest) when DC became a corporation with no bill of rights in 1871.  When We register to vote, We claim to be "citizens" of that corporation, which means We give up Our sovereignty to the corporation, that may then do as it pleases with Us.  The only reason that it has not just disarmed Us is that there are many more of Us than Them.  It would get messy.

Much better to get Us to disarm willingly because They manufactured a reason (problem), guided the reaction, and a "law" is the solution.  Now, what if We all did NOT consent to that way of doing things?  We have tech that would allow systems the founding Individuals (however pure the intent They had) could even dream of.  And there are many more of Us...

Time runs out if We take the numerology They use into account - I mean, They use it, that much is clear, and I'm thinking that whether or not I think there's something to it, that THEY do is something best accounted for.  And things are looking bad for 11-26-16.

Enough of Us had better have removed consent from Their systems by then that the war does not happen.

The PTB began overtly demonstrating this with the creation of the BATF(E) and the unconstitutional NFA 34, GCA 68, FOPA 86, 90's AWB / HICAP mag ban and the incremental changes that Fed and State has pushed since then.

More people are awakening everyday -  the more the PTB do to seek the disarmament of the American people, the more obvious their lies, tricks, scams and false flags are.

This is why it's vital to watch their game - move and (our) counter move - when the PTB find themselves in position where they think they will lose, we have a manufactured shooting.

This in turn causes more people to get armed - and such it goes on...

If anything extreme is initiated it will be by the PTB, their minions (and their autonomous weapons systems - that the American people have paid for) - because the PTB will decide they have nothing to lose by going full on.

What if We all withdrew consent and ignored that system?  What if We all said, when confronted by One who thinks They have "authority" over Us, "I will happily comply IF You prove I am subject.  I expect not to be bullied into compliance as all THAT proves is that Some can be bullies."

Bullies and tyrant still seek to impose their implied 'authority' and control over others by violence and force.

Concepts such a 'divine right to rule' were specifically created as a justification for this implied 'authority'.

Now any 'un-elected' and 'unaccountable' body that emerges out of the corrupt system can declare its official 'authority' and few challenge it.

Even now, if the system became overtly violent and controlling on a level mirroring the great tyrannies of the 20th century, there would still be a large amount of the population who would STILL 'believe' in government / authority over those that resisted / opted out.

We can only hope that enough people awaken to declare the authority and its claim on our sovereignty void - but it is difficult enough to convince some people that they ARE sovereign beings - the 'all rights have limits' propaganda that is being pushed 24/7 isn't helping this.

I grasp that We see turmoil, but in what I propose, there is no "unelected" or "unaccountable" body, but stigmergic emergence of the underlying structure of Ethics, as Individuals take Ethical responsibility for Each, One's own choices of behavior.  When the bulk of Us are judging One anOther on Ethical standards, any creating problems (behaving unEthically) will be effectively surrounded by Ones that would see Ethics maintained.

I'm not judging anyone, like most freedom minded folks, I try to mind my own damn business.

But when others in society ARE seeking to impose their control system / beliefs on you against your will, and then are happy to advocate censorship, changes in law and ultimately violent force towards those that want no part of it, we have a big problem.

Societies are dependent on mutual respect - without this they will collapse.

I only judge Others by Their behavior and against these three Laws.  If Their behavior is Ethical, no matter how dumb, silly, absurd, or whatever, I judge no further.  Just shrug and let it be.

And, yes.  "God-given" rights have limits.  Pffft.  The propaganda is thick. 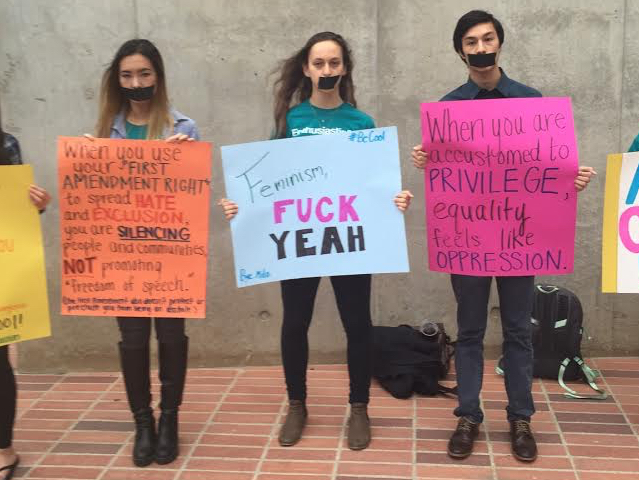 Some mighty confused kids there, tell Ya what.

"Now we know that a woman can also be a dick. This is the progress they force on us."
1 hour ago

Hear the truth! Go to the website and click on Listen. Listen by clicking where it says ON AIR.See More
5 hours ago
6 Comments 0 Favorites

The One replied to Parrhesia's discussion Highland Park Illinois Parade Shooter
"When you are Right, are Right…"
19 hours ago

"I know this will come as a complete shock but Revealed: Highland Park 'shooter who killed at…"
21 hours ago

"The west is preparing for war with Russia and China. It won't be a Sunday picknick though. A…"
22 hours ago

"It is funny seeing them accuse each other of the typical "go to" liberal insults. …"
22 hours ago

"Garbage being garbage, hopefully the great starvation will get rid of most of them "
22 hours ago

Doc Vega replied to Parrhesia's discussion Highland Park Illinois Parade Shooter
"The ultimate agenda behind all these shootings, take away our guns! it will continue until they…"
yesterday