New American Dream is renting to get rich 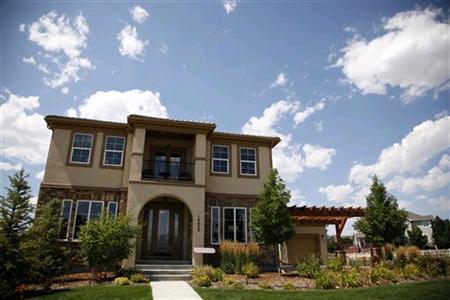 (Reuters) - Rich Arzaga owns a luxury home in San Ramon, California, but he's not betting on it as an investment.

The founder and CEO of Cornerstone Wealth Management, who bought the 5,000 sq. ft. property in 2005 for $1.8 million and has spent $500,000 improving it, considers the abode a wonderful place for his family. But ask him to rate his home -- or any home, for that matter -- as a financial investment, and Arzaga balks.

"It's the American Dream to own a home, but whoever said that didn't do the analysis on it," says Arzaga, knowing he's taking a contrarian stance to conventional wisdom.

Examining 250 properties around the U.S., and going through close to 40 client files to project the financial impact of owning real estate versus liquidating it, Arzaga, an adjunct professor inpersonal finance at the University of California at Berkeley, found that, "100 percent of the time it was better to rent, rather than own."

The reason is simple. While a home is the main repository of wealth for many Americans, it comes with numerous hefty expenses. The carrying costs - what's needed to hold and maintain the asset - range from property taxes and home insurance to emergency repairs and renovations. In a rental situation, the landlord covers those costs, leaving the occupant free to invest revenue in other areas.

"I don't have the emotions a lot of people do surrounding real estate," Arzaga says. "I have steely eyes for how investing in real estate works, and I'd better be a prudent investor for my clients."

Owning a dream home, he says, creates a drain on other financial priorities, causing homeowners "not to meet their financial goals. They were going to fail."

Some real estate experts thought there was some truth to Arzaga's argument, albeit with several conditions.

"To state that owning a home is or isn't a good investment is too simplistic," says Jeffrey Rogers, president and COO of Integra Realty Resources. "It depends. In times of relatively higher rents, low home values, and low interest rates, it makes sense to own a home. But in a reverse market, it wouldn't be economically feasible. Over time, those who purchase in down or flat markets with low interest rates come out ahead."

"Our lifetimes are a long time, and when we look over the long term, real estate and other investments tend to have a positive return," says Jed Kolko, chief economist at Trulia.com,

a real estate search and research website. "But when it comes to real estate, changing your mind is expensive. There are a lot of costs involved in buying, selling and moving. If you move every two years, it's probably a bad investment for you. It also depends on your job market. If you're in a one-company town and the company goes down, there goes your job and there goes your home value."

Greg McBride, a senior analyst at Bankrate.com, agrees with one point of Arzaga's. "Home ownership is not so much a creator of wealth as a store of wealth," he says. "The promise of home ownership is that over the long haul, it can rebate many or perhaps all of your costs, unlike rent, which doesn't rebate a dime."

The trouble, he says, is that many Americans want a home so badly, they neglect other ways to grow wealth and financial security.

McBride crunched the numbers in a pre-bubble era (2004) for a home purchased at $200,000 by a buyer in the 27 percent marginal tax bracket. Factoring in a 30-year mortgage, $1,200 in annual home insurance, closing costs of $5,500 and maintenance costs of $100 a month, along with property taxes, he calculated that it would take a selling price, 10 years later, of $395,404 just to break even. His conclusion gave Arzaga's view credence: "Homeownership may not be the moneymaker you think it is." (See the full chart at link.reuters.com/hej66s)

Then there's the emergency fund, a must for when a home requires unexpected repair work.

"As far as emergency savings is concerned, six months of a cushion is adequate," McBride says. "But only 24 percent of people have that kind of cushion, and about 65 percent own homes."

So while home ownership may sound glamorous, you need a lot of money to make it work, without much guarantee of positive returns in a post-bubble era. Indeed, Arzaga cites himself as an example of how home ownership doesn't pay off. His residence is today worth $1.5 million, about 17 percent less than what he paid.

So why not sell? For Arzaga, it's a lifestyle choice, and one that he doesn't regret, since his big money-making investments are elsewhere.

Homes in the US are still way overpriced.

Does anyone out there know where I could rent a good cheap cave,only Canadian cave owners need apply!

How to Shut Down 5G Instalations in Your Home Town.

Guardian of Scotland replied to steve's discussion While we are at it Lets expose this FEAR PEDDLEING MONEY HUSTLEING DOOM AND GLOOM CHICKEN LITTLE SKY IS FALLING SCAMMER.
"Thanks Steve for this article. I have followed Adams for a while now. I have never purchased…"
4 hours ago

"This chick is fucking awesome!"
10 hours ago

We can't keep doing this, making everyone stay at home. We'll starve. If they can Shanghai, so to…
11 hours ago
0 Comments 0 Favorites

"Mostly Mexicans (a mixture of Spanish, Indians and blacks) but when I worked for Krupp making tool…"
12 hours ago

"That is curious. CS - Indeed, I always forgot to rewind my DVDs before I dropped them off at the…"
12 hours ago

Mr. Sizzle replied to Chris of the family Masters's discussion Putin was a Waif Adopted by Chabad
"I like you."
12 hours ago