Rise of the machine reporters

Rise of the machine reporters 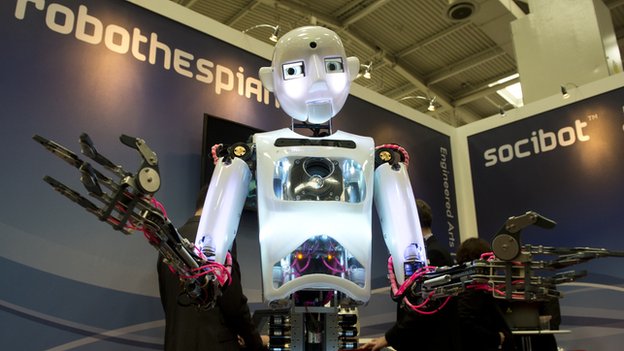 As if journalists didn't have enough to worry about these days, what with the print portion of their industry dying a long, slow death and the digital product often given away for free. Now comes the rise of the machine reporter.

A few minutes after a minor earthquake hit Southern California on Monday morning, the Los Angeles Times featured an article about the event on its website, with help from a computer algorithm written by one of the paper's developers.

It's not the first time the newspaper has used automated reporting. And the Times isn't the first media outlet to rely on such systems. Entire companies, such as Narrative Science (business news) and Automated Insights (sports), have business models built around the idea of mechanised journalism.

Slate's Will Oremus writes that computers are fully capable of basic reporting tasks:

Having spent some years as a local news reporter, I can attest that slapping together brief, factual accounts of things like homicides, earthquakes, and fires is essentially a game of Mad Libs that might as well be done by a machine.

He thinks journalists shouldn't be worried, however.

"Quakebot neatly illustrates the present limitations of automated journalism," he writes. "It can't assess the damage on the ground, can't interview experts, and can't discern the relative newsworthiness of various aspects of the story."

The Guardian has also tried automated reporting, although its experiment was a little more haphazard.

They gave a developer one day to come up with GUARBOT, which they then assigned to write an article about the health-food staple quinoa. Here's what their electronic partner came up with:

The crime-ridden family of quinoa has taken US by storm this month. According to Peru, New York has confirmed that quinoa is more story than anything else they've ever seen. Quotes from top Yotam Ottolenghi eaters suggest that "crop" is currently clear top, possibly more than ground black pepper. Experts say both Salt and University need to traditionally grow to strengthen a common solution. Finally, it is worth slightly rattling that this article was peeled until it made sense.

The article seems like it needs a bit more "peeling", but then I haven't been the victim of a quinoa-related crime.

"Surely we should just let computers do the work, while humans get on with more investigative and analytical pieces?”

The idea of having computers do the rote work that used to be assigned to cub reporters certainly has its allure.

"The mundane task of trawling through wire copy to spot a newsworthy item could be seen as a waste of resources, especially if all that's required is straight reportage of facts and figures," write the Guardian's Aisha Gani and Leila Haddou. "Surely we should just let computers do the work, while humans get on with more investigative and analytical pieces?"

Of course the journalists who are writing investigative and analytical pieces probably cut their chops working on the kind of rote articles that GUARBOT and Quakebot are now tackling. You don't just step out of college as the next Seymour Hersh.

And don't think it's just reporters whose livelihood is in danger, either. It's only a matter of time before their editors will feel the machine's icy gaze, as well.

"At a panel on automated storytelling at Columbia Journalism School's Tow Center for Digital Journalism last month, Narrative Science co-founder Larry Birnbaum speculated on a system that could exercise editorial judgment," writes New Scientist's Aviva Rutkin. "The bot would decide which stories were worth writing, how the stories should be written and which readers to show them to."

Hal, I'd like to do an investigative think-piece on pod bay doors and the debate over whether they should be opened or closed.

I, for one, will not welcome our new robot overlords. Continue reading the main story

"This bitch is bringing her Own self Down to the ground. Everything unravels before her and…"
9 hours ago