The Consitution of the United States of America This Widget below also contains a document library...plus blogs, videos, and more widgets...Just click on the article you wish to look at..This can be copied and pasted into your other sites...Please spread it around in blogs and on your pages on other sites...
~

"Should I go on? I will. I will go on and on and on and on until you either wake up or I am dead, one or the other. And if you don't wake up, I would rather be dead than live in slavery in the New World Order with our Constitution destroyed, the…Continue

"The book you are about to read is dangerous. If you are from the English language media sphere, virtually everything you may think you know about contemporary Russia; its political system, leaders, economy, population, so-called opposition, foreign…Continue

Nullification: How to Resist Federal Tyranny in the 21st Century

Nullification: How to Resist Federal Tyranny in the 21st CenturyContinue

460 Useful Books You Can Download For Free:Did you know that there are free books available on the internet? Some of these free books are very useful, for us survival-minded folks. There are books on many subjects of interest, including woodcraft…Continue

More pdf files for the Library

Preaching to the choir here no doubt, but for those who need more info check these out...

What am I trying to accomplish? To try to get all to realize the truth. I too imagined a remedy within the constitution until I found out that it was not written for us. I want to try to save you all a lot of time. The powers that be will not allow…Continue

You need to be a member of Library to add comments!

"The present state of the U.S. economy does not suggest that it can function without financial and material support from external sources. The quantitative easing policy, which the Fed has resorted to regularly in recent years, as well as the uncontrolled issue of cash during the 2020 and 2021 Covid lockdowns, have led to a sharp increase in the external debt and an increase in the dollar supply.

The continuing deterioration of the economic situation is highly likely to lead to a loss in the position of the Democratic Party in Congress and the Senate in the forthcoming elections to be held in November 2022. The impeachment of the President cannot be ruled out under these circumstances, which must be avoided at all costs.

There is an urgent need for resources to flow into the national economy, especially the banking system. Only European countries bound by EU and NATO commitments will be able to provide them without significant military and political costs for us.

The major obstacle to it is growing independence of Germany. Although it still is a country with limited sovereignty, for decades it has been consistently moving toward lifting these limitations and becoming a fully independent state. This movement is slow and cautious, but steady. Extrapolation shows that the ultimate goal can be reached only in several decades. However, if social and economic problems in the United States escalate, the pace could accelerate significantly.

An additional factor contributing to Germany's economic independence is Brexit. With the withdrawal of the UK from the EU structures, we have lost a meaningful opportunity to influence the negotiation of cross governmental decisions.

It is fear of our negative response which by and large determines the relatively slow speed of those changes. If one day we abandon Europe, there will be a good chance for Germany and France to get to a full political consensus. Then, Italy and other Old Europe countries - primarily the former ECSC members - may join it on certain conditions. Britain, which is currently outside the European Union, will not be able to resist the pressure of the Franco-German duo alone. If implemented, this scenario will eventually turn Europe into not only an economic, but also a political competirtor to the United States." ...

Hundreds of occult/other interesting eBooks at this link.

Looking for this book 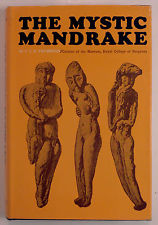 Publication Date: February 10, 2014
The Republican Party is in a civil war among three factions: establishment Republicans, who simply want to make the welfare state work efficiently; social conservatives, and limited-government Republicans, who favor freedom.
Will chronic GOP fratricide mean the long-term decline of the party — and the country?  The book's authors analyze the GOP’s woes and call for radical realignment. Ed Hudgins argues that constituencies rejecting the restoration of liberty should be allowed — or asked — to leave. David N. Mayer, a constitutional scholar, calls for "Competing the American Revolution" and contends that "The American Revolution was not quite radical enough." David Kelley, a script consultant to the Atlas Shrugged movie trilogy, offers a devastating critique of the welfare society, and concludes: "The ethical principle that individual ability is a social asset is incompatible with a free society. If freedom is to survive and flourish, we need a fourth revolution, a moral revolution, that establishes the moral right of the individual to live for himself."

Included are insightful essays on America’s founding principles and the difference between true free markets and crony capitalism.

Comment by suzie on April 18, 2013 at 7:24pm
If only the people would ask about which United States do you belong too? Say waaaaaaaa? God damned commies took over the educational system a long time ago.. HOMESCHOOL DAMN IT!! http://12160.info/profiles/blogs/get-that-gold-fringe-off-my-flag

"My father was a Navy vet. His LST landed tanks and equipment at Inchon twice. I remember him saying…"
4 hours ago

"Read this book a couple of times, this guy is supposed to be the expert. I’m going with,…"
5 hours ago

FREEDOMROX updated their profile
5 hours ago

Tim Brown commented on Jason a.k.a DeathDealer1971's group Guns and Tactics
"Holy, this FBI video is unsettling, Central"
17 hours ago

This is a group to share your knowledge on Guns and Tactics.See More
17 hours ago
275 Comments 29 Favorites