Sad enough that these "Medals" aren't Gold,Silver,or even bronze ;)

Because conservatives are scrooges, the good folks at Americans for Tax Reform have gone through the fine print to find out what our Olympians will have to cough up to the IRS should they be lucky enough to win any medals in London.

Even by the standards of our government, the numbers are insane.

For instance: Americans who win bronze will pay a $2 tax on the medal itself. But the bronze comes with a modest prize—$10,000 as an honorarium for devoting your entire life to being the third best athlete on the planet in your chosen discipline. And the IRS will take $3,500 of that, thank you very much.

Sen. Marco Rubio introduced a bill Wednesday to eliminate the federal government’s tax on Olympic medals, saying the levy amounted to yet another way the government tries to punish those who succeed.

Athletes who win a gold medal also earn a $25,000 honorarium — and with it a $8,986 tax bill to the IRS, according Americans for Tax Reform, which crunched the numbers. That covers both the honorarium and the tax on the value of the gold in the medal itself.

That could leave amateur athletes — in many cases still teenagers — facing stiff tax bills when they return to the U.S.

“Our tax code is a complicated and burdensome mess that too often punishes success, and the tax imposed on Olympic medal winners is a classic example of this madness,” the Florida Republican said.

His bill would exempt the honorarium and the value of the Olympic medal itself from any federal taxes.

I didn't know that an Olympic medal was subject of a tax .. that hurts my heart ~ i mean i should have known but i never seem to get it !! completely !!  i hate the damned IRS with a passion and its daddy the FED ..

i'm joining the united Federation of planets ~~ beam me up scottie!! ;) 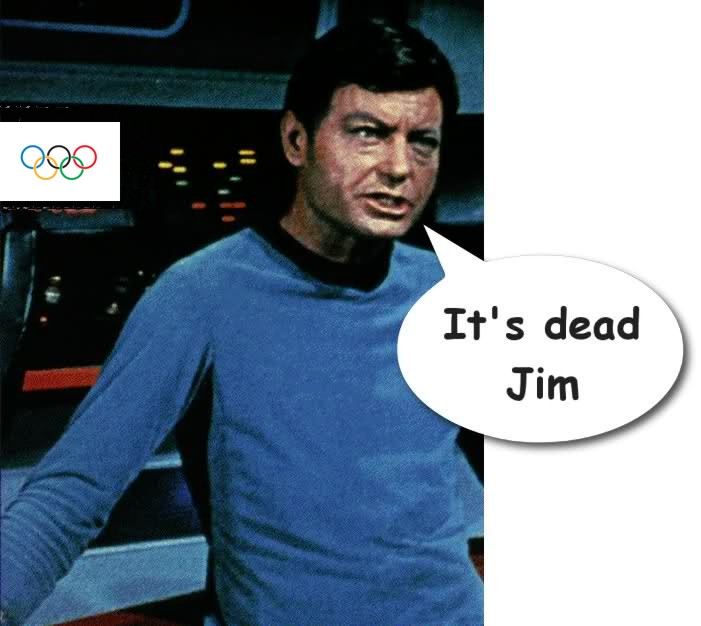 Anyway they can screw the American public. Thye are going to do it!!

... ATR notes that the real twist of the knife is that most other Olympians won't pay any taxes on their medals because America is one of only a handful of countries which taxes "worldwide" prize income earned overseas. !

A place to meet and share contact information with people in your area, as and emergency back up…See More
20 minutes ago
7 Comments 5 Favorites

"How long will it take to have that menu in Europe and the US?"
27 minutes ago

"still open carry in that leftist shit store chain just to piss em off and as a bonus, Wally's…"
44 minutes ago

It’s one thing to claim that a man can “identify” as a woman or vice versa. Increasingly we see a…See More
3 hours ago
0 Comments 0 Favorites