Update: Motörhead have confirmed Lemmy’s death in a Facebook post. “There is no easy way to say this…our mighty, noble friend Lemmy passed away today after a short battle with an extremely aggressive cancer,” the band wrote. “He had learnt of the disease on December 26th, and was at home, sitting in front of his favorite video game from The Rainbow which had recently made it’s way down the street, with his family.”

Lemmy — a.k.a. Ian Fraser Kilmister of the band Motörhead — has died at the age of 70 according to reports. Little else is known about the legendary rocker’s death at this time, but SPIN has reached out to Motörhead’s reps for confirmation and comment.

The news was first reported by radio personality Eddie Trunk on Twitter:

SPIN had long admired Lemmy, speaking to the singer-songwriter several times over the past several years. Dave Navarro has just offered his condolences. We’ll update as we learn more.

Nothings Forever...RIP ya Rockin bastard, you were my Hero growing up in das Metal Daze ;) 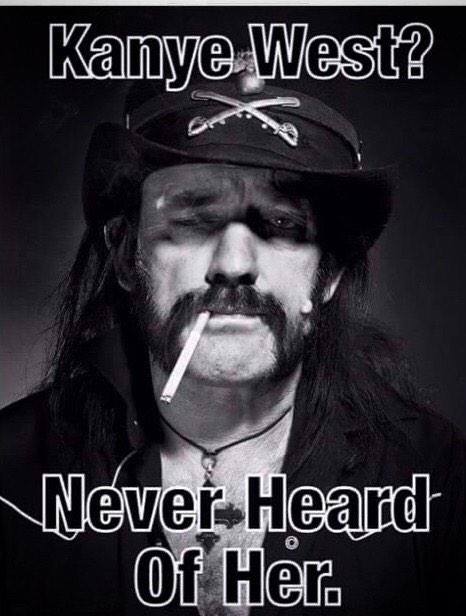 Permalink Reply by Burbia on January 13, 2016 at 3:30am
After a decade of attempting to see motorhead, finally got into the show. I knew what a bloke was after that. Orgasmatron.

Chris of the family Masters replied to MAC's discussion Your inalienable rights
"Every institution is incorporated. Every order given by anybody from those companies is an offer of…"
3 hours ago

Burbia replied to Chris of the family Masters's discussion Philip: "I Want To Reincarnate As A Virus"
"Mssed his opportunity to die just before covid-19."
9 hours ago

"What does matter is your gender, ladies need to be made aware of this, the vaccines are more…"
21 hours ago

Paul Jones commented on cheeki kea's blog post SAY THE DAMN PRONOUNS !!
"& tbh, im 50 something & i still dont know what a pronoun is & i dont care because…"
23 hours ago

Paul Jones commented on cheeki kea's blog post SAY THE DAMN PRONOUNS !!
"yeh, imo, proper lesbianism is about real fem love & appreciation for the feminine.. its not…"
23 hours ago