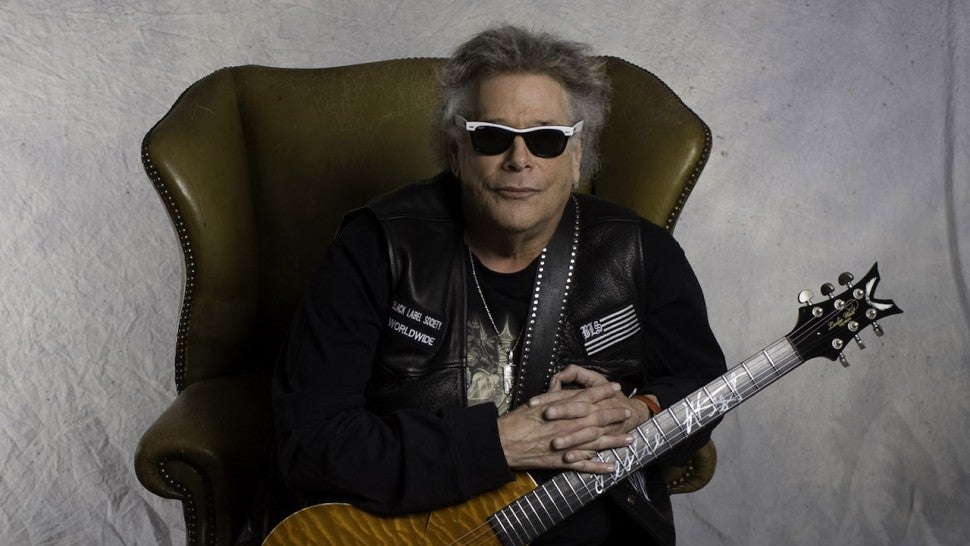 
Rock icon Leslie West, guitarist and co-founder of the band Mountain best known for the band's hit "Mississippi Queen," died on Wednesday at the age of 75, CBS News has confirmed. West had gone into cardiac arrest on Monday and never regained consciousness while in the hospital, according to Rolling Stone.

"The iconic guitarist, vocalist, songwriter and storyteller has left a legacy that to this day is celebrated by peers and fans across The World," publicist Steve Karas said in the release. "From 1964 through today, few artists have left a more significant mark on music as we know it. Guitarists across the globe together will unite in sadness as The World says goodbye to a true original."

West, born Leslie Weinstein on October 22, 1945, in New York City, started his rise to fame in the mid-1960s. He was initially a founding member of the soul garage band the Vagrants, of which his brother Larry Weinstein was also a member. He debuted his first solo record in 1969 with the album "Mountain."

Following the album's release, West teamed up with producer and bass player Felix Pappalardi to form the band Mountain. The band was together for only a few years, but in that time managed to release six albums — the first of which contained what many call the band's most defining song, "Mississippi Queen," as well as "Theme from an Imaginary Western."

West continued to perform following the band's breakup, and even dabbled in acting and radio. He appeared in the films "Family Honor" in 1973 and "The Money Pit" in 1986 and was a regular guest on the Howard Stern Show.

In 2006, West was inducted into the Long Island Music Hall of Fame. On New Year's Eve, LIMHOF plans to dedicate its Best of the Awards Galas TV special to West.

"He's been a great friend to LIMHOF and participated in our May '20 TV broadcast with fellow inductees supporting the United Way of LI health care workers program," Presslin said. "He brought Long Island attitude to the world!"

Tributes quickly poured in for the guitarist following the announcement of his death.

Black Sabbath founding member Geezer Butler tweeted that West was a "lovely bloke," and that his "Mississippi Queen" riff is "one of, if not the, greatest riff of all time."

Rock musician Peter Frampton tweeted that he met West when his band Humble Pie opened for Mountain. West was the first U.S. guitar player Frampton said he had ever met.

"Leslie's playing and sound had me glued watching everything he did. He was a sweetheart and an extremely funny man," Frampton wrote. "I love you Leslie and will miss you dear friend. RIP."

Guitarist Brian Ray described West as "a giant presence onstage and off."

"He introduced me to the Les Paul TV model in 1970 when I saw Mountain at the Santa Monica Civic," Ray tweeted. "He was ferocious and graceful, mean and melodic all at the same time. He left a big impression on me and so many of us."

"Would not be surprised if the polio vaccine caused HIV/AIDS.  This is how they do things,…"
13 hours ago