BILDERBERG 2019: WHO’S GOING AND WHAT WILL THEY BE DISCUSSING? 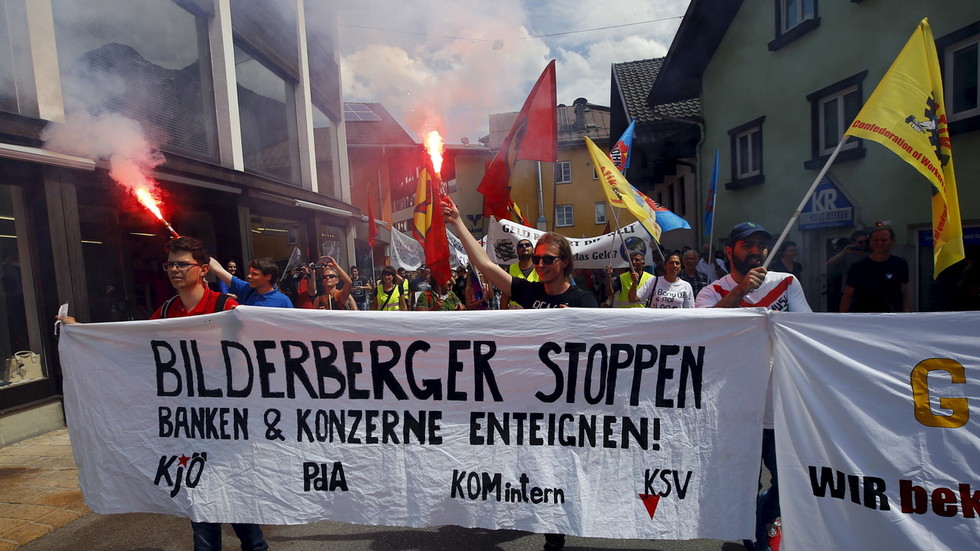 Roughly 130 world leaders from 23 countries, ranging from royalty to industry and everything in between, will attend the 2019 Bilderberg Group this week, to discuss topics like Russia, Brexit and the future of AI.

The ultra-secretive meeting will take place from Thursday to Sunday in Montreux, Switzerland. Founded in 1954, the notorious meeting is ostensibly aimed at improving relations between the US and Europe, though the event has long been shrouded in mystery and conspiracy theories as attendees are forbidden from disclosing what was discussed.

Many contend it has a far more sinister purpose than mere international relations. Theories range from far-left worries that the group’s aim is to impose eternal capitalist domination, while some on the right have expressed concerns about the establishment of a world government named the New World Order.

Trump adviser Jared Kushner also features on the confirmed guest list while rumors circulate that US Secretary of State Mike Pompeo might make an appearance, reportedly to discuss the Iran situation with Swiss Finance Minister Ueli Maurer, though he does not appear on the official guest list. The Swiss Finance Ministry has denied such reports but Switzerland often represents US interests in Iran as a go-between.Top politicians, business leaders, financiers and academics usually traditionally rank among the invitees. Among the confirmed 2019 attendees are some powerful titans of the tech industry including Google CEO Eric Schmidt, Microsoft CEO Satya Nadella, leading bankers from Goldman Sachs and the Bank of England as well as Credit Suisse CEO Tidjane Thiam, and notable world leaders and former politicians including former US secretary of state Henry Kissinger, and NATO Secretary-General Jens Stoltenberg.

One of the founders of the group, Prince Bernhard of the Netherlands, said the extreme secrecy was necessary so that “severe economic dips like the Great Depressions could be avoided if responsible and influential leaders could manage world events behind their necessary public posturing.”The published 2019 talking points include topics such as Brexit, the ethics of Artificial Intelligence (AI), climate change and sustainability, and the future of space exploration. Russia, China, the future of capitalism, and the weaponization of social media also feature among the loose list of discussion topics. However, meetings are held under the Chatham House Rule, meaning participants may use any information gleaned therein but may not disclose its source or their affiliations, so that discussion may take place in a ‘free-fire’ zone away from the scrutiny of public discourse. No votes are taken, no policies set and no statements are made at the meeting.