Ammon Bundy, others refuse to enter pleas in 2014 Nevada standoff

Ammon Bundy, others refuse to enter pleas in 2014 Nevada standoff

Malheur National Wildlife Reserve protestors, brothers Ammon and Ryan Bundy, entered not guilty pleas in a separate 2014 case. The pleas were entered on their behalf, after the brothers refused in court Friday. The brothers were transferred from Oregon to Las Vegas where they faced felony charges in relation to a standoff with federal agents at their father's ranch in 2014.Pictured: Ammon Bundy unties a ladder used to remove two FBI surveillance cameras found at a power station near the Malheur National Wildlife Reserve on January 15 in Burns, Oregon. Photo by Jim Bryant/UPI
| License Photo

LAS VEGAS, April 16 (UPI) -- Brothers Ammon and Ryan Bundy and three other defendants refused to enter pleas during an arraignment Friday in connection to a 2014 armed standoff with law enforcement at their father's ranch.

The five men were also involved in the armed takeover of the Malheur National Wildlife Refuge in Oregon earlier this year. They were transported from Oregon to Las Vegas by U.S. Marshals.

The brothers face several felony charges stemming from a 2014 conflict at the Bundy ranch in Bunkerville between their father Cliven, 69, and federal agents. The elder Bundy allegedly refused to pay fees for his cattle to graze on public lands. Cliven was arraigned in the conflict in March and also refused to enter a plea.

Federal prosecutors said the brothers helped coordinate armed protests in Bunkerville, but avoided prosecution for about two years until their connection to the armed takeover in Oregon earlier this year.

Ammon Bundy told the judge he was mistreated while in jail, not given food and handcuff for a 23-hour stretch since he arrived in Las Vegas.

"I don't see how we are being treated as innocent in any way," he said.

Ammon's attorney in the Malheur National Wildlife Refuge case, Mike Arnold, also traveled to Las Vegas and argued that the Las Vegas prosecutors should hold the case until the Oregon trials are complete.

"These guys have the right to a speedy trial and the right to a fair trial," Arnold said. "The timing of the federal government charging them in the Nevada case is very suspicious. They waited two years and they chose to do it at a particular time that is going to make defending them in Oregon very difficult. There are mountains of discovery to look at, and they can't be in two places at once."

The judge set detention hearings for the Bundy brothers for Wednesday, as well as a separate hearing to determine if Ryan would be allowed to defend himself.

I remember when Cliven Bundy asked why the "NEGRAS" sent their sons to prison, I guess it's the same reason OVERprivileged whites like Cliven's & Ammon's mothers sent theirs.  I wonder if Cliven & Ammon are better off in jail having to be Bubba's Butt Beyiotch!

You sound as though you know these men on a personal level. And, you're happy this is happening to them. Way to rise above the 'passing on the slap' crowd.

Did Cliven sound HAPPY talking about "The Negras" & how they "Send their sons to prison?"

Funny how when it's Black people getting screwed over, it's "Things working as they should" but when the shoe is on the other foot, all of a sudden, it's a "Tyrannical government!"

Humanity has been split into envious and quarrelling groups controlled and manipulated by the usury Mafia and their propaganda machine. If we cannot step out of the pigeon hole made to control us, being it religion, race, sexual or political orientation, or any other, then we remain incapable to see the big picture and to oppose the criminal cabal in control of the society.

It can't be a case of the chickens coming home to roost, right?

Humanity is incapacitated by grudge to fellow slaves seen to be better off than the others, but slaves anyway. Is letting the boat sink and all passengers to drown a way to go to get even with the fellow slaves? The owner and the captain of this boat are not going to go down but will take off in the helicopter. Unless we are not capable to get over our grudge to the fellow slaves we'll ALL get fucked.

I find it distorted justice that sons should be punished for what the old man was tricked to say. It`s not the Bundys that are enemies of the black people. You'll have to look at the top of this rotten society who are enemies of us all. You'll have to look at the usury cabal sucking the blood of their debt slaves. Look at the United Nations run by Rottenfeller fellowship, privately owned usury central banks, IMF the International Mother Fkkers, World Bank, BIS the Bank for International Settlements and the central bank of central banks.

You can also keep on hating others than your kind of people and getting pleasure when you see them suffer, as that's how our programming is designed to work. Comply with the programming and let the criminal cabal get us all poisoned, abused and killed. 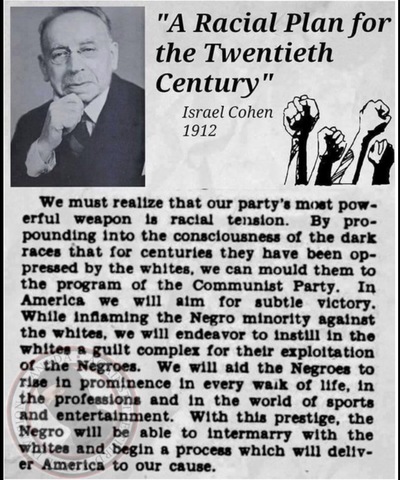 Less, I agree 100%.  And knowing that Most have no clue what to do, I work to point to withdrawing consent and consenting to better...

I might conclude this is all part of the psyop trying to agitate Us into a revolt They can put down with martial law.

NEWSFLASH - you (and the rest of the western world) have been living under martial law lite since 2001 - and it will be imposed fully when THEY collapse the economy.

But you keep thinking those happy-clappy new age thoughts...because of course fighting back never accomplishes anything.

Actually since the end of the civil war the US has been under military martial law. And the US has not been a country since the Act of 1871

Actually, Black people have been living under Martial Law since day one.

"@Patrick Conway: Yes sir and you’re correct.  Most people have maybe one or two can…"
2 minutes ago

"I’ve been seeing this and it’s very freemasonry and creepy.  How did Lockwood get…"
21 minutes ago

For a refresher: Miles Guo is a Chinese dissident billionaire who managed to escape the CCP, and…See More
3 hours ago
0 Comments 0 Favorites

steve commented on Keisha Ruan's blog post In Case You Missed It
"They all have THEIR PARTS/ROLES TO PLAY in the Selection charade. If voting really mattered it…"
9 hours ago